Marcucci first saw the light of day in 1930, in Buenos Aires, center of the tango’s beating heart. Cafes, nightclubs, dance halls, patios, living rooms, every corner of the city was drenched in the melancholy of the Argentinian people, translated into sound. Every evening the numerous competing orchestras stood ready to offer their audiences danceable consolation or steamy oblivion. Any ensemble worthy of the name had four or even five bandoneon players, four violinists, a pianist, a bass player, and two singers who provided a clearly understandable text for the love and grief of the music. In the traditional tango, the singers were the stars of the show. The alternately languorous and biting rhythms and the predictable interludes were only the ground on which the poets could engrave their unhappy loves, unfulfilled desires, and burning homesickness.

In this environment, Marcucci succumbed completely to music. At an early age he already had a bandoneon on his lap, the German squeezebox that had been promoted to mouthpiece of Argentina. His uncle, the well-known orchestra leader Carlos Marcucci, taught him to play the instrument and formed the young Marcucci into a gifted bandoneonist. In order to absorb the atmosphere from the inside out, Marcucci played in various children’s bands before making the leap to professional groups. “We often had only one score for the pieces that we played”, Marcucci remembers. “We had to manage with that, there were no copiers at the time. The music was put on the pianist’s stand and we tried to read along a little. That way I learned to play a lot of repertoire by heart.” (liner notes ccs 10997)

Since 1947 Alfredo played in the big orchestras of the time: Raúl Kaplún, Carlos di Sarli, Julio de Caro. At the end of the 1950’s, when the Tango got less popular he toured the world with the folklore group Los Paraguayos for 15 years. After meeting his Dutch wife he chose to stop playing professionally and starts working in a factory to be able to support his family. In 1986 he was able to retire and starts Orquesta Típica. He taught Leo Vervelde and Carel Kraayenhof, Sexteto Canyengue the art of the Bandoneón. A “second youth” starts and with Channel Classics he played in 6 projects like: ‘Timeless Tango’, ‘Touched by Tango’ and in 2004 – in honor of his 75th birthday, – ‘a life of Tango’.

Alfredo Marcucci, master of the tango, died on June 12, 2010 in Landen, Belgium at age 81. “It was a wonderful experience to work with Alfredo these last 13 years. Putting his bandoneon in his hands was like seeing a small boy with his favorite toy. His music and musical timing was extraordinary. For all the musicians that have worked with him, I can speak for them that Alfredo will be sorely missed.” – Jared Sacks 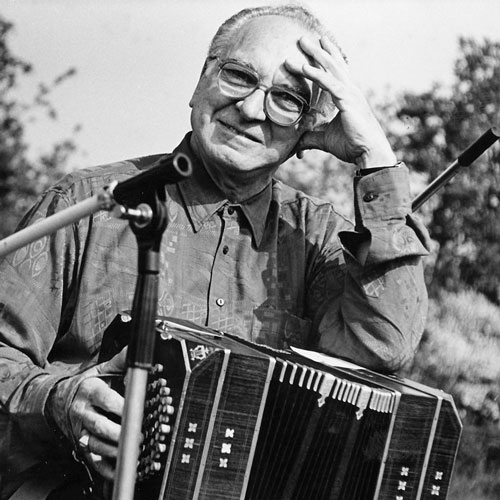 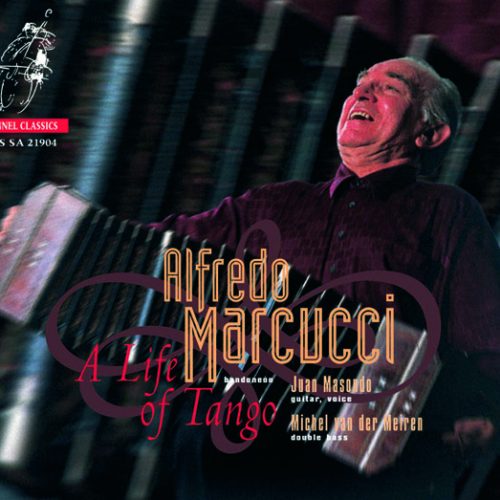 A Life of Tango