Arakaendar Bolivia Choir was founded in December 2005 by Ashley Solomon in order for them to work with Florilegium on their Bolivian Baroque projects. Ashley auditioned over 50 singers, who came from different cities and backgrounds from all over Bolivia, and selected a mixed choir of 16 voices. He then commuted each month from London to Bolivia (thanks to the generous support of the Prince Claus Fund and Association Pro Art y Culture (apac) in Bolivia) to work with the choir. This new national chamber choir was launched at the 6th International Festival of Renaissance and Baroque Music in Bolivia in April 2006. As well as giving four concerts in Bolivia they recorded a cd with Florilegium on the Channel Classics label in the mission church of Concepcion, and made a documentary for the American cbs ‘60 Minutes’ programme which was aired nationwide across the usa on Easter Sunday 2007. That cd (Bolivian Baroque vol.2 – Music from the Missions and La Plata) was nominated for a 2008 bbc Music Magazine Award in the ‘Best Choral Recording of 2007’ category.

The choir enjoyed three Bolivian national tours during 2007, each one directed by Ashley Solomon. In February 2008 they undertook their first European tour, which included a series of concerts in major concert halls in The Netherlands, including Rotterdam, Enschede, Groningen and Utrecht. As part of the tour, this third volume of Bolivian Baroque music was recorded in the Waalse Kerk in Amsterdam. In January 2008 a Dutch television crew travelled to Bolivia to film the choir’s final rehearsals with Ashley before their European tour, and this documentary was shown on Dutch tv, as was the cbs ’60 Minutes’ programme, which was broadcast five times each day during the tour. In the uk, they performed a concert at the Royal College of Music, London, and broadcast live on bbc Radio 3’s ‘In Tune’. In Bolivia in May 2008 the choir collaborated once again with Florilegium in the International Festival of Renaissance and Baroque Music in Conception and Santa Cruz. Both concerts were shown live on television, and in addition, at the invitation of he The British Ambassador to Bolivia, they performed in a music festival in La Paz. Arakaendar is a word in one of the indigenous languages of Bolivia, Guarayo – and means ancient or old. 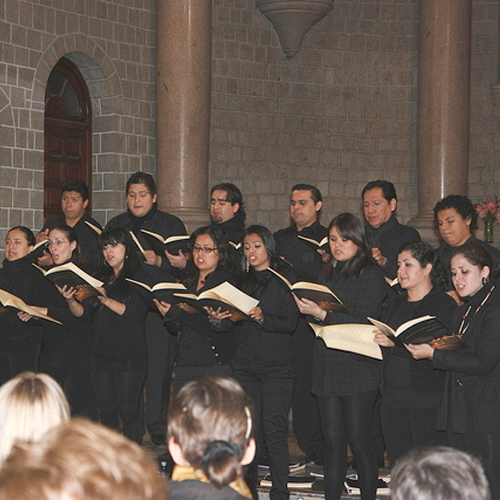 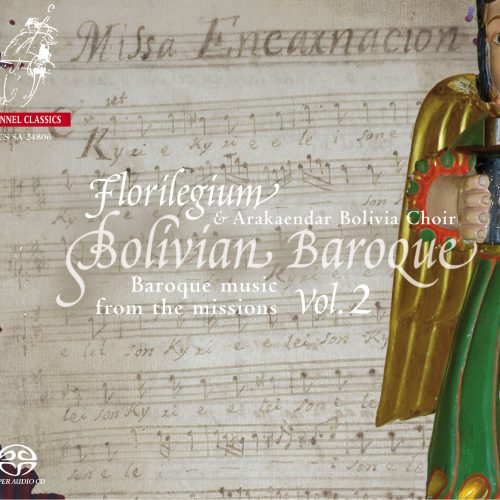