Martijn Willers enjoys a varied and stimulating career in the Netherlands as piano soloist, chamber musician and teacher. He has remained committed to performing as broad a range of music possible since his studies at the Conservatory of Amsterdam, under Mila Baslawskaja and David Kuijken. As a soloist, Martijn Willers had masterclasses with Jan Wijn, Willem Brons and Mikhail Voskresensky, He was also coached by Norma Fischer in London, England. In several ensembles, he took part in chamber music masterclasses and coachings with a.o. Ralph Kirshbaum, Heinrich Schiff, Colin Carr, Quirine Viersen, Tabea Zimmermann, Thomas Riebl, Pascal Devoyon, and Philippe Grafin. Martijn Willers forms a duo with cellist Joris van den Berg. Widely acclaimed for their sincere and intense performances, they were prizewinners in the 2008 International Johannes Brahms Chamber Music Competition in Pörtschach, Austria and the 2013 Pierre Fournier Award in Wigmore Hall, London. They have performed in several major venues in the Netherlands, including the Amsterdam Concertgebouw and Vredenburg Utrecht, as well as abroad. They were invited to perform at the Delft International Chamber Music Festival and Grachtenfestival Amsterdam, and were selected as finalists in the Dutch Classical Talent Tour and Award Program in 2013, including a series of eleven concerts around the Netherlands during the 2013-2014 season. Martijn Willers is also a member of Trio Contrasts Amsterdam with Fleur Bouwer (clarinet) and Maria Milstein (violin). In 2008-2009, the trio presented an extensive series of concerts around the Netherlands, ‘Het Debuut’, recorded by Concertzender, for national radio broadcast in The Netherlands. The trio continues to explore the exciting repertoire pos- sibilities for their combination of instruments, playing less known pieces, transcriptions (e.g. Brahms Horn Trio) and new repertoire (often written for the Trio), as well as the duo repertoire for violin with piano and clarinet with piano. In 2006, Martijn Willers won the SNS Reaal Foundation Masterclass Prize in the final of the “Vriendenkrans Concours” in the Concertgebouw in Amsterdam. He is frequently heard on Dutch National Radio, both as a soloist and as a chamber music performer. Martijn Willers is grateful to the Dutch National Musical Instrument Foundation for providing a Steinway and Sons grand piano (1919) for his own personal use. 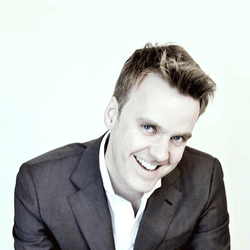