Human slavery, part of human history from the beginnings of our civilizations on earth, remains one of the worst aspects of our story on this planet.  We live with the wounds from slavery every day, particularly in the United States, where African slaves powered the plantation industries in the South before the Civil War.  These wounds heal overtime, but with scar tissue.  156 years after President Lincoln’s Emancipation Proclamation declaring the end of slavery in the South, inequality of opportunity and achievement for people from different ethnic backgrounds remains a serious problem in modern society.

Lifeline: Music of the Underground Railroad celebrates spirituals from the Civil War era and before.  Michelle Mayne-Graves arranged these songs for her Lifeline Quartet as a tribute to Harriet Tubman and the thousands of unsung heroes who escaped slavery for Pennsylvania, Ohio and later for Canada.  Escape routes to the North were nicknamed “The Underground Railroad,” and Tubman was one of its most celebrated “conductors.”  As she is reported to have said, “I never ran my train off the track and I never lost a passenger.”  This program celebrates some of the spirituals that were adopted by the Underground Railroad and served as memory aides and morale boosters for escaping slaves. These songs were usually biblical in nature and would have been sung in church.  They would have been heard as such by slave owners.  But in addition to their religious content, these spirituals contained hidden clues, navigational instructions and are therefore known as code songs.  Harriet Tubman herself was reputed to use Wade in the Water to remind escaping slaves where they should walk in rivers and streams to avoid the scent hounds of the slave catchers.

It is Michelle’s hope that this music will help liberate all of us from whatever imprisonment in which we may find ourselves, whether physical slavery, psychological slavery or drug addiction.  We can use the power of these code songs to remind ourselves that there is a way out and there are people to help us find the path.

In addition to directing choirs, performing spirituals and helping to coordinate and lead veterans singing groups, Michelle supervises a team and works as the RN Case Manager for Housing Homeless Veterans at the Veteran’s Administration in Los Angeles.  We chose If I can Help Somebody to be our opening track.  This song not only honors Harriet Tubman, but reveals Michelle’s generous heart as well.  Michelle lives what she sings. 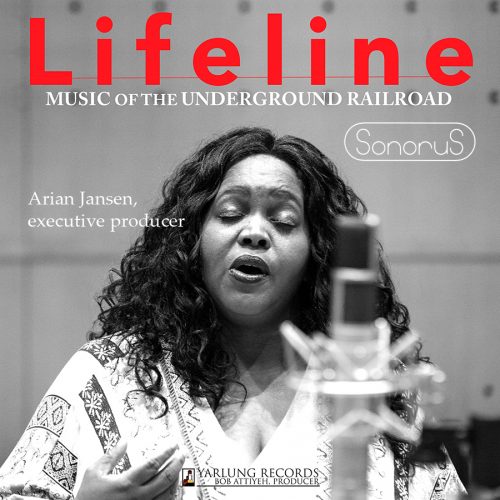