Nicholas Daniel’s long and distinguished career began when, at the age of 18, he won the BBC Young Musician of the Year Competition and went on to win further competitions in Europe. As one of the UK’s most distinguished soloists as well as a highly successful conductor, he has become an important ambassador for music and musicians in many different fields. In recognition of this, he was recently awarded the prestigious Queen’s Medal for Music.

Nicholas has been heard on every continent, and has
been a concerto soloist with many of the world’s leading orchestras and conductors, working under the baton of Sakari Oramo, Roger Norrington, Oliver Knussen, Richard Hickox, Jiri Belohlavek, David Robertson, Mark Elder and Peter Maxwell Davies. In addition to his extensive experience in baroque and 19th-century music, he is an important force in the creation and performance of new repertoire for oboe and has premiered works by composers including Harrison Birtwistle, Henri Dutilleux, Thea Musgrave, Nigel Osborne, John Tavener, James MacMillan and Michael Tippett.

He made his conducting debut at the Proms in 2004 with Britten Sinfonia and has conducted many projects with the orchestra over 20 years including BBC broadcasts, with repertoire ranging from Strauss and Finzi to Britten, Mozart, Haydn and many new works.

An active chamber musician, Nicholas is a founder member of the Haffner Wind Ensemble and the Britten Oboe Quartet
and enjoys a long history of collaboration with artists including the pianist Julius Drake and the Maggini and Lindsay string quartets. 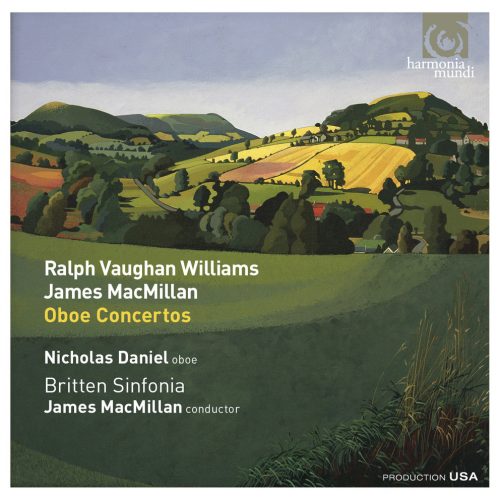