Icelandic ensemble Nordic Affect has been hailed as a ‘multi-disciplinary force of nature’ (A Closer Listen), as a gem in Iceland’s music life (Fréttablaðið) and for ‘ineffable synergy between the performers’ (San Francisco Classical Voice). In 2013 the ensemble was nominated forthe Nordic Council Music Prize and was named Performer of the Year at the Iceland Music Awards in 2014.

Founded in 2005, Nordic Affect (Halla Steinunn Stefánsdóttir, violin; Guðrún Hrund Harðardóttir, viola; Hanna Loftsdóttir, cello; Guðrún Óskarsdóttir, harpsichord) was formed by a group of period instrument musicians who were united in their passion for viewing familiar musical forms from a different perspective and for daring to venture into new musical terrain. Its members have individually performed and recorded with artists and groups such as Concerto Copenhagen, The Six Tones, Anima Eterna Brugge and Björk.

Believing that music knows no boundaries, Nordic Affect has brought its music-making to contemporary and rock audiences alike and performed to critical acclaim at festivals such as TRANSIT Festival (BE), Dark Music Days (IS), November Music (NL), Skanu Mežs (LV), Iceland Airwaves (IS), Ensems Festival (SP), North Atlantic Flux (UK) and Estonian Music Days (EE).In the U.S., Nordic Affect was featured last year on the Los Angeles Philharmonic’s Reykjavik Festival, and has also performed at National Sawdust in New York, Constellation in Chicago, and at the UC Berkeley Art Museum.

Currently in residence at Dark Music Days, Iceland’s leading contemporary festival, the ensemble’s upcoming project at DMD features a collaboration with celebrated performer and composer Maja Ratkje. This winter will also see the group featured in the European Broadcasting Service’s special Christmas broadcast with the project ‘To Home’.

The commissioning and performance of new works is integral to Nordic Affect’s mission as it has, from the group’s inception, combined new compositions with the music of the 17th and 18th centuries. Believing that exciting things happen “in the connection”, Nordic Affect has through the years established exciting collaborative relationships with composers, visual artists and producers. Nordic Affect is also a participant in the Iceland Music Information Centre’s professional development program for young composers.

In addition, the group’s concert series in Reykjavík has been a platform for educational programming and presented many first performances in the country, be it of music by Telemann or 21st century composers. Their mission to spotlight to women’s role in music history has led to projects such as HÚN/SHE which was broadcast by the European Broadcasting Service in 2015.

Starting with its debut album in 2007, Nordic Affect’s recording projects have spanned newly discovered early music to first releases of music written for the ensemble. Nordic Affect’s performances can be found on the Deutsche Grammophon, Bad Taste Records, Musmap, Brilliant Classics and Sono Luminus labels. In 2015, Nordic Affect’s albumClockworkingwas released by Sono Luminus. Clockworkinghas received various accolades and was featured as Album of the Week on Q2 Music and Second Inversion. The title track was chosen for NPR’s Songs We Love series and featured in various best-of-the-year lists, including Steve Smith’s for Night After Night, The Chicago Reader, and The New Yorker. In spring 2017, Nordic Affect released Raindamage, an album resulting from a collaboration between the group and producer Valgeir Sigurðsson. The album was nominated for the Iceland Music Award and Kraumur Prize and was featured in various best-of-the-year-lists, The Chicago Reader, 5:4 and AnEarful. In October 2018 Nordic Affect released the album “He(a)”r on the Sono Luminus label (available from NativeDSD Music) with works by Icelandic and Estonian composers.

The artistic director of Nordic Affect since its founding has been Halla Steinunn Stefánsdóttir. 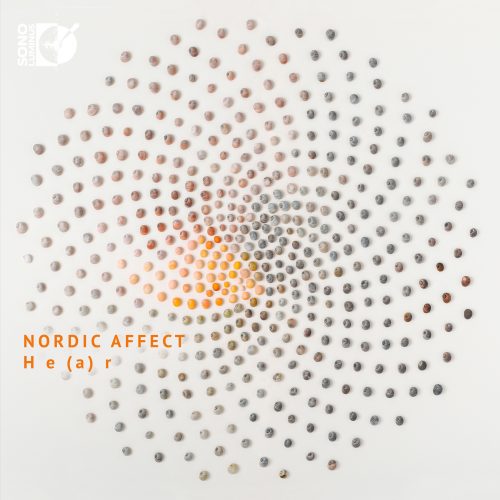