Since its founding by George Eastman in 1922, the Rochester Philharmonic Orchestra has inspired listeners through the art of music. As one of the leading American orchestras, the RPO is known for its high standard of artistic excellence, unique tradition of musical versatility, and deep commitment to education and community engagement.

The RPO presents more than 140 concerts each year, reaching nearly 350,000 listeners per season through concerts, education and outreach events, an annual residency at the Bravo! Vail Valley Music Festival in Colorado, regional performances, and live radio broadcasts on WXXI 91.5 FM.

In 2005 and 2006, the American Society of Composers, Authors and Publishers (ASCAP) and the American Symphony Orchestra League honored the RPO with ASCAP Awards for Adventurous Programming, recognizing the Orchestra’s commitment to music written in the last 25 years. For more information about Jeff Tyzik and the Rochester Philharmonic Orchestra. 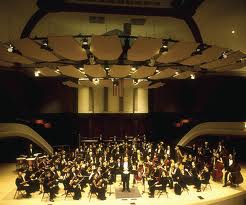