John Wilson Meyer began playing violin and piano at the age of seven. He studied the violin with Maurice Clare at The Royal Northern College of Music in Manchester and baroque and classical violin with Marie Leonhardt in Amsterdam.

Alongside his activities with The Locke Consort, John is also a founding member of The Amsterdam String Quartet, one of Europes leading period instrument string quartets. This ensemble, which for many years has presented its own series in the Amsterdam Concertgebouw, enjoys an international reputation for its concerts and recordings.

Mimi enjoys combining her research and performing skills, and has been awarded numerous subsidies for her work at the Kromeriz Archive in the Czech Republic. With the Dutch ensemble In Stil Moderno, she has performed her discoveries at numerous prestigious festivals, including the Utrecht Early Music Festival, the Prague Spring Festival and the Cork Early Music Festival. Conducting from the violin, Mimi also directs modern ensembles as well as early music specialists. Conducting a modern chamber orchestra, she won the “Nagrada Jurica Muraj” the the Verazdin Baroque Evenings for the best performance of the festival in 2006. In demand as a lecturer, teacher and coach, Mimi has taught in the USA, France, England, Croatia and the Netherlands.

Susanne Braumann started her viol-studies with Wolfgang Eggers at the Folkwang Hochschule in Essen and continued them at the Schola Cantorum Basiliensis with Hannelore Mueller and at the Koninklijk Conservatorium in Den Haag with Wieland Kuijken.

Recordings with Susanne were nominated for the Grammophone Award (with The Locke Consort), the Edison Award (met Phantasm) and she won the Echo Klassik 2010 with a recording with the Huelgas Ensemble (Paul van Nevel). For the CD-label Globe she recorded, together with Fred Jacobs, theorbo, a CD with works of Marin Marais.

Fred Jacobs studied lute and theorbo with Anthony Bailes at the Sweelinck Conservatory in Amsterdam. He is a member of the Gabrieli Consort and Players, The Parley of Instruments, the Baroque Orchestra of the Netherlands Bachsociety and the Monteverdi Continuo-ensemble of the Bavarian State Opera, where he has performed in all Monteverdi and Cavalli productions since 1997.

Fred Jacobs is a regular accompanist of many distinguished singers, such as Anne Azéma, Michael Chance and Maarten Koningsberger. With Johannette Zomer he has been recording a series of programmes devoted to 17th Century monody for which his research has unveiled many hidden treasures.

Over the years Fred has been a guest at the major early music festivals in Europe and the United States. He performs in opera productions in London, Paris, Munich, Amsterdam and Florence. Fred Jacobs has worked with many conductors such as Gustav Leonhardt, Frans Brüggen, Ton Koopman, Ivor Bolton, Andrew Parrot, Marc Minkowski and Richard Egarr. With Emma Kirkby, Carolyn Watkinson, and Maarten Koningsberger he runs workshops on the English lute song and on French ‘Air de Cour’.

Since 1995 teaches lute and theorbo at the Amsterdam Conservatory. 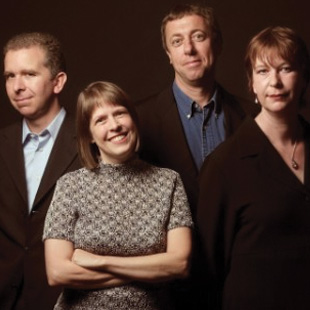