Suzanne Husson was born in Buenos Aires, to French parents and now lives in Geneva. Suzanne Husson began her musical studies when she was five, under the guidance of Elisabeth Westerkamp de Raco (a student of the famous professor Scaramuzza) at the Conservatory “Manuel de Falla” in the Argentinian capital. She gave her first public concert when she was eight.
She moved to Europe to specialize mainly with Arturo Benedetti Michelangeli, Louis Hiltbrand and Bruno Seidlhofer.She has won first prize at the “Argentinian Mozarteum”, first prize for virtuosity with distinction at the Geneva Conservatory and a prize in the “Josef Pembaur Foundation” competition in Bern.
She has also been awarded commendations at competitions in Geneva, Vercelli, Munich (special prize), Barcelona’s “Maria Canals” (best interpretation of Spanish music), Lisbon’s “Vianna da Motta” and Paris’ “Magda Tagliaferro”, where she was awarded the special R. Juillard prize.
She has performed as a soloist on television and on radio, at important festivals and in concert halls throughout Europe, the United States and Latin America, often premiering new works.
She has collaborated with distinguished musicians in chamber music and she has performed as a soloist under the direction of conductors such as Charles Dutoit, Armin Jordan, Horst Stein and Wolfgang Sawallish.
With Master Sawallish and the Swiss Romande Orchestra she has also recorded Roger Vuataz concert for piano and orchestra, op.112.
Suzanne Husson boasts a vast repertoire of classic and modern music and her discography includes recordings for Grammont, Fonè, Erato, Naxos-Marco Polo and Gallo (her recording of Stravinsky’s Les Noces (Erato), made with Martha Argerich, Nelson Freire and other distinguished artists, received a Diapason d’or). 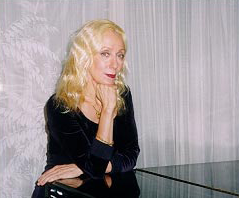 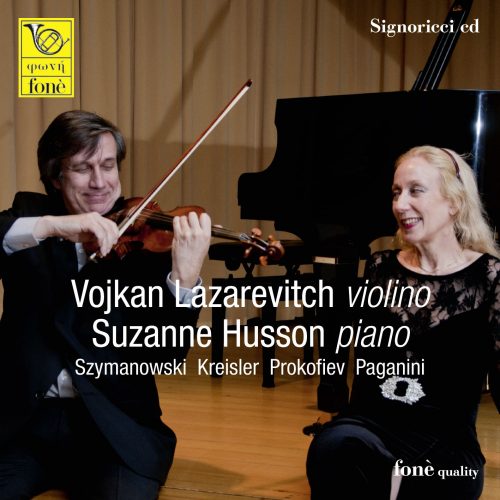