VOV DYLAN IS AN AUSTRALIAN VIOLINIST WHO HAS MANY STRINGS TO HIS BOW.

A third generation musician and a second generation Violinist, Vov grew up with music in every aspect of his life. Making his first debut in newspapers at the age of 21 months old, there was no stopping him. At 6 years of age, Vov had his first paid performance and the world began to open up.

Vov soon found that where many peers focused on a style of music being Classical or Jazz or Gypsy etc – he became focused on the Violin, leading him to have an appreciation and an ability to play all styles of music on the one instrument in Vov’s words “I play the Violin because I LOVE the Violin, not because of a style of music or a particular piece – rather, I like to find a way to make the Violin sing any piece of music – whether it is written for the Violin or not!”.

With this approach, Vov has amassed a performance repertoire that is enormous. Comfortable performing everything from Solo Bach and the mainstream Classical repertoire, to Folk, Gypsy, Continental, Jazz, Hollywood, Broadway, Pop, Rock and even Disco!

2007 saw Vov grow from being ‘support act’ Violinist to headline entertainer where he formed THE PALACE ORCHESTRA and went on tour in Australia performing light popular classics, helping to establish him as one of his generations leading instrumental variety performers in Australia.

A collaboration between Vov, Underwood Studios (in Sydney’s Blue Mountains), and Fanfare Classics started in 2014. This an artistic combination has resulted in 15 albums to date (7 of which are with Pianist Glenn Amer). Covering a vast musical repertoire including: Classical, Jazz, Cocktail, Contemporary, World and even Children’s Lullabies.

Further to Vov’s performing and recording works, he began an association with Pianist Panos Karan and the charity ‘Keys Of Change’ which has seen Vov travel to and be involved with youth orchestras in Japan, Ghana, Mexico and India. The charity is very dear to Vov in that it helps bring music and music education to children who are in some of the worst life, and psychological conditions.

February 2020, Vov Dylan and Panos Karan performed a sold out concert at the Sydney Opera House, performing the Franck Violin Sonata among several other works.

VOV DYLAN’S PASSION IS THE VIOLIN. 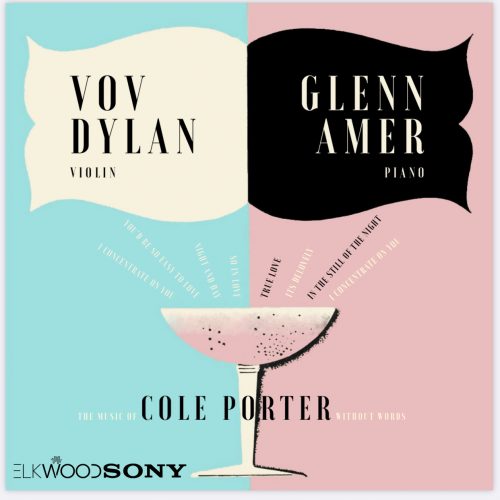 The Music Of Cole Porter Without Words