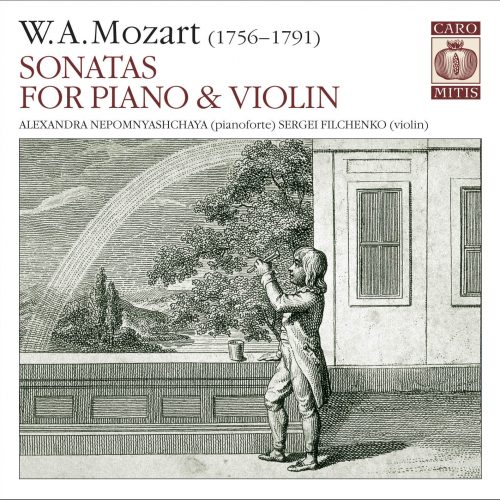 Mozart was six when he began writing his first violin sonata in 1762 and the last appeared in 1788, the same year as Symphonies No.39 to 41. In all Mozart produced more than thirtysonatas for violin. His modus operandi for composing these musical conversations’ is in keeping with our image of Mozart as a carefree genius who created as the birds sing: often the sonatas seemed to appear spontaneously, in between his other activities. On February 14th 1778 the composer was in Mannheim working on a commission for flute quartets and concertos when he wrote to his father: ‘As you know, it is very tedious when I have to keep writing for the same instrument (especially one that I dislike). From time to time I have been composing other works for the sake of variety – duets for clavier and violin.’ This refers to the opus including the E Minor Sonata (KV 304) and D Major Sonata (KV 306), which feature in the present recording.

If you normally shy away from the fortepiano, a recording such as this might just change your mind. Today, it’s a brave new world for performances on authentic instrument.

The present disc features three different sonatas by Mozart, two of them unusual in form as well. Though these works are often spoken of as violin sonatas, the idea of a sonata for violin with piano accompaniment had not yet developed. Mozart himself referred to them as duets for piano and violin, and in fact a contemporary appreciation of the sonatas speaks of “the violin accompaniment” in the pieces. As the notes to the present recording make clear, Mozart was breaking new ground in trying to give the violin an equal role in the sonatas, though the piano still mostly take initiative.

Of the three sonatas on this CD, the Sonata KV 306 is the most conventional but still a wonderful piece. The most striking feature for me is the development section of the bubbly first movement. It works up a motive based on the first theme with almost Beethovenian insistence, in echo fashion, the violin following the piano and building to near frenzy. The slow movement is serene, Olympian, while the rondo finale dances elegantly.

It’s mostly untroubled compared to KV 304, which the notes to this recording rightly, I think, identify as being in the tradition of Sturm und Drang. The dark and driven first melody is followed by a skipping second theme that seems bent on negating the mood of the opening—until the recapitulation, when the second melody, now in the home key of E minor, takes on a harried, hounded quality we couldn’t have imagined. The second movement is a melancholy minuet. Unusually, there is no third movement.

Just as unusual is KV 379, written three years later in 1781. It begins not with the typical sonata allegro movement but a yearning Adagio. This is followed attacca by a restless Allegro in the minor key, a uniquely unsmiling minuet. The third movement, in variations form, brings little relief; it is tinged with an abiding melancholy. This is music not of deep tragedy but of a prevailing disquiet that is just as moving.

Performances of Mozart violin sonatas on period instruments are becoming more frequent, but I believe the only direct competition to this SACD recording is Gary Cooper and Rachel Podger’s complete set of the sonatas on Channel Classics. However, you’d need to acquire several CDs in that series to get this particular selection. I’ve heard only snippets from the Channel Classics set, but the approach seems remarkably similar to that of Nepomnyashchaya and Filchenko. The overall effect is robust and full-blooded. Gone are the bad old days of early-instrument performance practice, when gingerly pianism and tentative scratchy violin tone were the norm.

Award-winning harpsichordist and pianist Nepomnyashchaya have attended master classes with Trevor Pinnock, Bob van Asperen, and Malcolm Bilson and plays with the kind of authority you’d expect with that grounding. Violinist Filchencko is concertmaster of the Pratum Integrum Orchestra, which has been featured on some fine recordings from Caro Mitis of Classical-era symphonies. He has a pure focused tone, proving an impressive and fully equal partner on the current disc.

Caro Mitis provides entirely lifelike sonics with a nice balance of immediacy and ambience. (The sound is sufficiently lifelike, in fact, to pick up some of the violinist’s sniffing and snuffing in KV 306.)

If you normally shy away from the fortepiano, a recording such as this might just change your mind. Today, it’s a brave new world for performances on authentic instruments.

AllMusic Review: W.A.Mozart SONATAS FOR PIANO & VIOLIN 4 out of 5

Russia’s Caro Mitis label has staked out territory in both the audiophile and the authentic-performance realms, and the label has often accomplished releases that combine its two strengths. The present release, featuring fortepianist Alexandra Nepomnyashchaya (say that fast five times) playing one of the very clean-sounding Walter fortepiano replicas by Belgian builder Chris Maene, offers a good example. Nepomnyashchaya and violinist Sergei Filchenko, playing a 1738 Florentine violin in the two outer sonatas and a Jacob Stainer instrument that produces a haunting effect in the Sonata in E minor, K. 304, deliver really compelling performances of these very familiar sonatas, with the sharp contrasts historical instruments can bring. The Sonata in G major for piano and violin, K. 379, has a very restless central fast movement and a lightly graceful theme and variations that give the listener the impression that the two have rethought the work from the ground up. Nepomnyashchaya applies added ornamentation in the slow movements and the variation finale of the G major sonata, always tastefully and carefully done, and the performers bring a real sense of spontaneity to the interaction between piano and violin that attracted reviewers and customers to these pieces in the 18th century; they push the tempo a bit but keep the expressive dimensions intimate. A very fine recording of some well-worn sonatas. Notes, in a rather breathy old-fashioned mode, are in English, Russian, and German.

Alexandra Nepomnyashchaya and Sergei Filchenko are the performers. Alexandra was born in Moscow in 1986. She studied harpsichord, organ, and hammer wings at the Gnesin School and at the Moscow Conservatory with Olga Martynova. She toured Europe with the Pratum Integrum Orchestra and L’Esprit du Vent and attended master classes with Christopher Stembridge, Trevor Pinnock, Bob van Asperen, Davitt Moroney, Bart van Oort and Malcolm Bilson. She also won the 1st prize of the Austrian Baroque Academy in 2005 and the St. Petersburg Harpsichord Competition in 2007. Blood boy, highly talented, fabulously well-educated, she is.

And now Sergei Filchenko, violinist, viola player, soloist of the Musica Petropolitana and the Pleyel Trio, concertmaster of the Pratum Integrum Orchestra (and thus its musical director since the orchestra performs without conductors) joins them. Born 1969 in St. Petersburg, Studied at the Rimsky-Korsakov-School St. Petersburg and the St. Petersburg Conservatory, also with Marie Leonhardt in Amsterdam, winner 1990 in Manchester, 1993 of the Van Wassena competition, with the Pleyel Trio prize winner in Bruges (1999) and in Rovereto (2000, Premio Bonporti), 1995 winner for Best Interpretation at the Pietro-Locatelli-Competition in Amsterdam.

Now all the victories, prizes, the whole list are reminiscent of the heroic breasts of highly decorated generals, especially those of the former Soviet army, about which one ripped his jokes. But here in the case of the two mentioned, it really hides quality and talent, the highest professionalism, and disarming musicality. You don’t know if you should stop the air all the time or just drop when you listen to them while playing. What a Mozart interpretation! 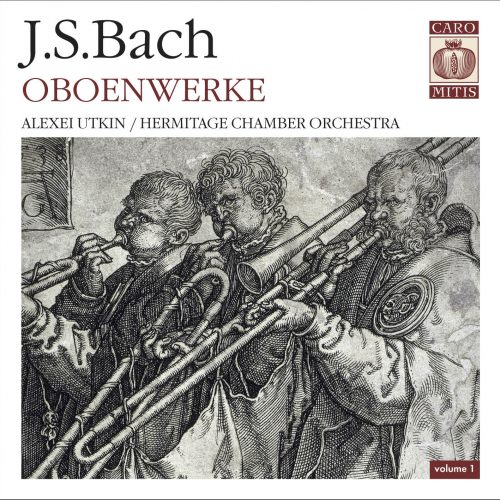 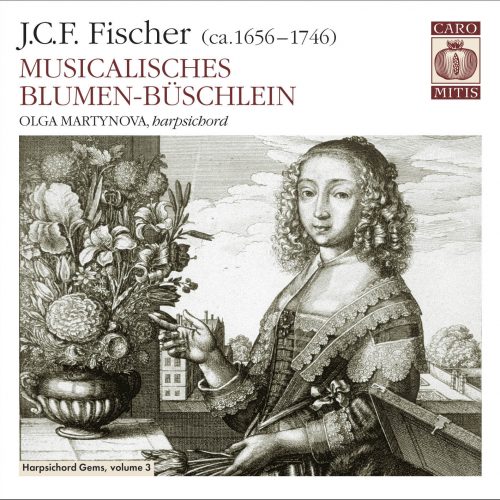 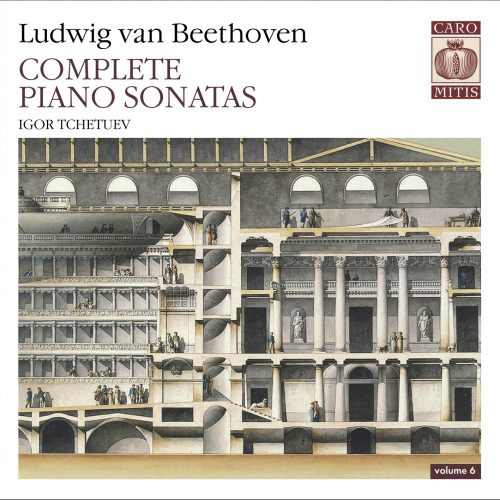 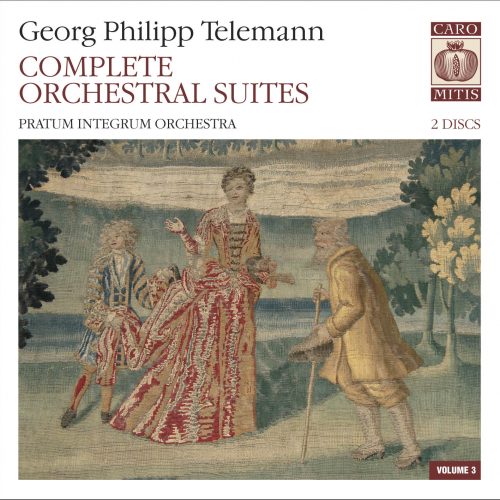