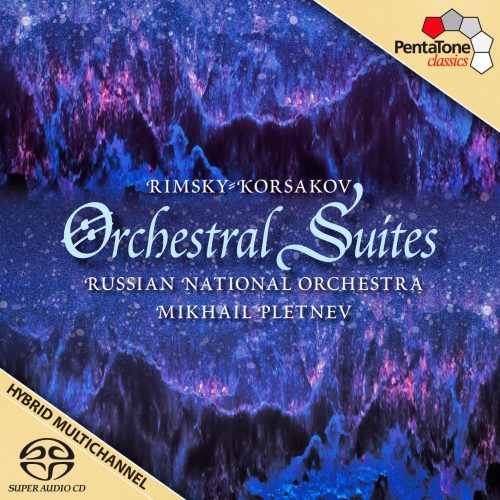 Between 1860 and 1870, a group of composers got together in St Petersburg under the leadership of Mili Balakirev. The “Mighty Five”, as they came to be known, aimed to create an independent, distinctly Russian musical language. Michail Glinka was a major influence on the group, which consisted of amateurs with regard to composing, and Nikolai Rimsky-Korsakov was the only member who was professionally active in music. Sent to naval cadet college at the early age of 12 to pursue the traditional family career of a naval officer, that was where he received his first lessons in music, became acquainted with the operas of Verdi, Glinka, Meyerbeer, Mozart and von Flotow, studied Beethoven’s piano sonatas and made the acquaintance in 1861 of Mili Balakirev, who became his teacher. Balakirev’s lessons and views influenced Rimsky-Korsakov deeply. Balakirev strongly eschewed Western music, and any academic syntax for that matter; he was convinced that it would be possible to write great works without any technical qualifications. And thus he set his pupils loose right away on major music forms such as symphony and opera.

BBC’s Classical Music Magazine 5 out of 5

Rimsky-Korsakov’s gorgeous orchestral colours, here richly played and caught with a vividness arresting even for DSD, too often make us undervalue the music’s actual content.

The Snow Maiden is no mere fairy tale, but is based on a drama by Ostrovsky (whose The Storm became Katya Kabanova). Its clash between humanity and archetypal natural forces, destroying the pathetic Snowmaiden, is as primally significant as the Kalevala for Sibelius, and underlines the music’s lyricism and bounding exuberance, almost overpowering in Pletnev’s ‘Tumblers’ Dance’.

Not for nothing, either, is Kitezh sometimes referred to as ‘the Russian Parsifal’, fusing the pagan legend of the city made invisible to marauding Tartars with the sacrificial Christian figure of Fevroniya, a transcendence reflected in the beautiful opening Hymn to Solitude, and the final apotheosis. Pletnev is again powerful, if slightly ponderous.

Mlada originated as a joint project by the ‘Mighty Handful’ composers, for which Musorgsky wrote Night on the Bare Mountain. This is Rimsky’s take on that scene, in which a prince searches in sleep for his murdered bride at a diabolical Sabbat, with some weirdly atmospheric orchestration.

Pletnev gives it immense scale, but rather less mystery than offered by Igor Golovschin on Naxos, or by Neeme Järvi on Chandos; neither, though, matches this spectacular recording. Performance: 5 Stars, Sound: 5 Stars