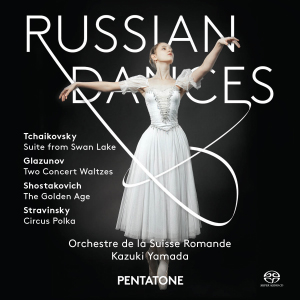 In an ideal situation, football players perform their “dance” on a grass pitch – as once did the “white ballet” of Real Madrid, led by its soloists Puskás and Di Stéfano. But surely not on the ballet stage! Definitely not. However, not only was Dmitri Shostakovich (1906 – 1975) passionate about music, he was also a great football fan. More specifically, a fan of his hometown club Zenit St. Petersburg. The Russian language has a more intense description for the concept of the “fan” – one is considered “bolejet” (literally = ill) for one’s team: one shares the fever. And as a fan of Zenit, Shostakovich had his fair share of downright hard times: “Being a supporter is at times more frustrating than pleasurable.” He was often a guest at the stadium: even when Leningrad was under siege from the German army, he attended lower-league matches whenever possible. In 1929, Shostakovich composed his first, three-act ballet to a scenic design by film director Alexander Ivanovsky. Entitled The Golden Age, it portrays an away-game of a Soviet football team in an unnamed western city at the time of an industrial exhibition. During the away-game of the Soviet team, plenty of bizarre events take place in the ideologically “false” world, which allow for the inclusion of numerous dance interludes and parodies

This is quite an enjoyable program. Kazuki Yamada’s extensive credentials don’t include obvious ballet experience, but the youthful conductor infuses most of the program with an appropriately balletic uplift. The exception is Stravinsky’s Circus Polka, which moves with the weightier tread appropriate to the “young elephant” for which it was composed.

As I’ve mentioned elsewhere on this site, there is no ‘official’ Swan Lake suite; the anonymous annotator claims the present assemblage “was created several months after the première of the ballet”, but my usually trusty Da Capo Catalog (Da Capo Press, New York, 1996) doesn’t even mention it, or its opus number. It’s a pleasing enough sequence, although it makes no attempt to suggest the ballet’s plot. It includes, perhaps inevitably, the Scène (the recurring movement, with the minor-key oboe theme), the full Act I Valse, and the lyrical, melancholy Pas de deux. Interspersed with these are a number of characteristic dances: pointed, deliberate accounts of the Danse des cygnes and Danse hongroise, and a zippy Danse espagnole, the whole capped by a firm-footed, lively Mazurka.

Glazunov’s two Concert Waltzes are structurally akin to those of the Strauss family, each comprising a series of discrete waltzes, bracketed by an introduction and a coda. Unlike their Viennese analogues, however, Glazunov’s are explicitly not meant for dancing: if the title didn’t suggest that, such passages as the sensitive, caressing woodwind episode at 4:12 of the D major would. The music is what usually gets called ‘tuneful’, though, as can happen with Glazunov, the tunes as such don’t actually linger in the mind – merely the impression of tunefulness. Yamada plays them with a nice, easy impulse and grace, though the surges of the codas don’t always quite land together. If Yamada, or his engineers, can’t match the sparkling timbres of Ernest Ansermet’s venerable Decca recording (made with the forebears of the present orchestra) he compensates with an airy lightness, conducting as if the music were an endless string of upbeats.

The conductor has the right ideas in the Age of Gold suite, underlining the hearty, emphatic waltz rhythm in the Introduction’s 3/4 episode, interrupted by a suddenly faster, hammering passage. The broad Adagio flows spaciously, building to a climax like those in the Shostakovich symphonies, oppressive rather than lush, followed by mournful wind solos. In the faster music, however, the woodwinds’ runs are, well, ‘runny’ and imprecise, blunting the music’s spiky, sardonic point.

The orchestra is certainly playing well these days – they could sound inconsistent or overtaxed for Ansermet, depending on the day and the repertoire. The strings are unified and graceful; in the first Glazunov waltz, the violins fit the grace notes into their moving phrases elegantly. The woodwinds can shimmer and are pellucidly reproduced. The principal trumpet has a lovely, pillowy tone, which the engineers have captured with depth, though one or two notes in the Tchaikovsky waltz seem questionable. The recorded ambience is unobtrusive, but audibly ‘long’ in the bass, notably in Swan Lake.

I rather enjoyed this, my miscellaneous strictures notwithstanding, so, if the music interests you, don’t hesitate.

“As I listened to the DSD64 recording Russian Dances performed by the Orchestre de la Suisse Romande / Kazuki Yamada conducting, I experienced rich tonal colors with outstanding resolution of inner detail. The reproduction of the acoustic space and soundstage experience were first rate.” 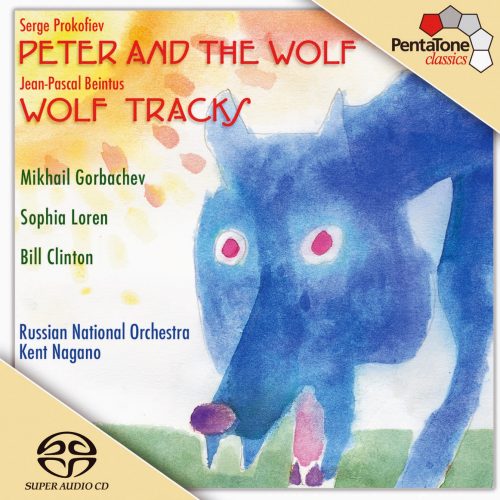