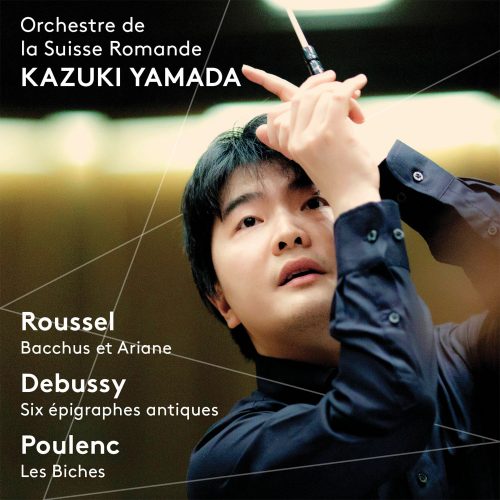 Claude Debussy based the version for piano duet of his Six épigraphes antiques (= six ancient epigraphs), dating from 1914, on a work he had written in 1900 – 1901. Debussy (1862 – 1918) had composed a kind of incidental music for 2 harps, 2 flutes, and celesta, to be played during the recitation of the poems Les Chansons de Bilitis (= songs of Bilitis) by Pierre Louÿs. The performance was also accompanied by tableaux vivants (with actresses adopting poses to match the poems), and took place on February 7, 1901. Debussy’s initial concerns about this composition probably stemmed from the fact that his art would now be linked to a type of “lighter salon entertainment”. He kept his musical accompaniment to the minimum, playing the celesta part himself, for which he noted only the basics in the score (incidentally, Pierre Boulez reconstructed the celesta part in 1954). In 1914, Debussy had another go at the chansons, using seven of the original 12 interludes to compose his Épigraphes for piano duet, as well as arranging a version for piano solo.

“These works play to what has long been the Suisse Romande Orchestra’s strength — Impressionism and its heritage — but none is often performed. Debussy’s Six épigraphes antiques is a series of charming miniatures that look to the past and sound as if he were writing in the style of Satie’s Gymnopédies. It’s classic Debussy, but with a stylized formality that sets these performances apart. Roussel’s most famous work, the ballet Bacchus et Ariane (1930), looks back to Ravel’s Daphnis et Chloé (1909–12), but is distinguished not only by its beauty but also a between-the-wars busyness and anxiety.

But I embrace this album because I welcome any and all recordings of music by Poulenc, for his wit and playfulness and his ability to spoon out some of the sweetest melodies. Finally, here is a modern multichannel recording of the amiable suite from the ballet Les biches, played with élan and cleanly recorded in the SRO’s famous hall, in Geneva.”

The charismatic young Japanese conductor Kazuki Yamada has already made an impressive series of recordings for Pentatone with L’Orchestre de la Suisse Romande of music associated with the dance. Though this latest release is not designated as being part of that series it could well have been, since two of the works – Albert Roussel’s ‘Bacchus et Ariane’ and Poulenc’s ‘Les Biches’ are ballets, while the third offering – Debussy’s ‘Six épigraphes antiques’ in its orchestral version was used by choreographer Jerome Robbins for his 1984 ballet ‘Antique epigraphes’. All three works on this disc are appearing in the DSD format for the first time making this an especially welcome issue.

Roussel’s ballet ‘Bacchus et Ariane’ appeared in 1931. Yamada directs an incisive and thrilling account of the score, revelling in both Roussel’s stamping motor rhythms as well as the sumptuously romantic passages. The OSR players respond with playing of tremendous vitality and enthusiasm, as if their very lives depended on it.

The Polyhymnia International BV engineering team working in the fine acoustic of Victoria Hall, Geneva in October 2015 have achieved an outstanding DSD recording with a beautifully judged balance between detail and generous hall ambience. This outstanding release is enthusiastically recommended. Performance and Multichannel Sonics: 5 out of 5 Stars.