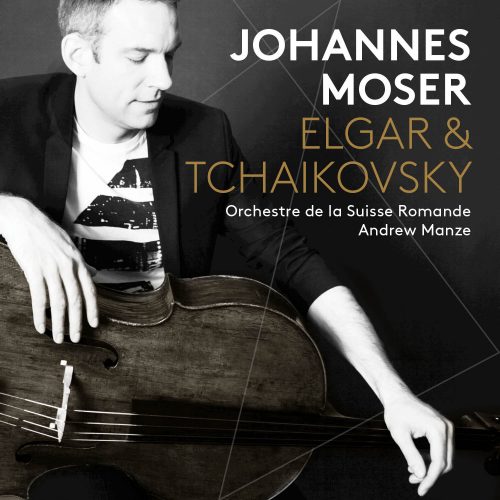 Disillusioned. Grieving. Lamenting. And sinking down into the underworld of the low E. This is how Edward Elgar begins his Cello Concerto, Op. 85. Without further ado, the first five recitative-like bars draw the listener mercilessly into a deeply emotional mood of leavetaking, from which there is no escaping. Twenty years after breaking through as a composer thanks to his Enigma Variations, Elgar achieved a subsequent and final creative climax with his Cello Concerto. The concerto is a swan-song to the world that preceded the “Great War”, as the English term World War I. A world that was lost for ever after four years of widespread slaughter in the trenches, of orgies of violence, of total contempt for all that was human.

“This is a recording that realizes the special affinity between these two composers who straddle the late-Romantic/Edwardian boundary. German cellist Johannes Moser and the Orchestre de la Suisse Romande deliver an especially fine Cello Concerto in E minor as well as the original version of Peter Tchaikovsky’s Rococo Variations, Op. 33. To this are added substantial cello encores of by the latter composer.

In the concerto, the cello enters famously in mid-sob. One is doubly startled. First, one doesn’t know how know to react seeing a grown man cry. Second, we are overwhelmed by the vivid presence of the multichannel surround sound. We wonder how we got seated among the orchestra itself and whether we will be discovered and sent back to our seats. The entry of the orchestra gives us a complete and detailed sonic image. The Adagio certainly takes us inward into a sadness beyond the personal realm. Even so, the first lyrical subject brings a consoling reprieve. The orchestra, too, seems to be determined to stave off the darkest thoughts. Herr Moser, is careful to keep his vibrato from lugubrious overstatement, which is for the best. Make no mistake, this is music to evoke images of the desolation of Ypres and the Somme. It is not unreasonable to credit Tchaikovsky in the construction of this expressive language.

A compelling pairing of two works by like-minded composers, delivered in stunning DSD. This is a truly great recording which should not be missed.” 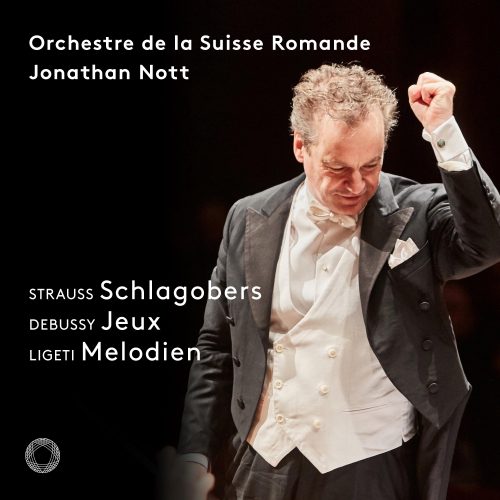 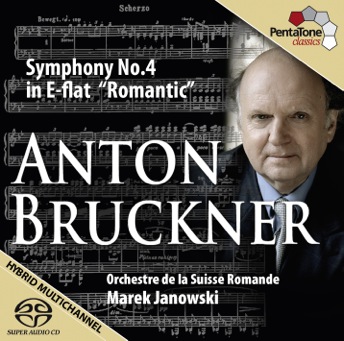 Bruckner – Symphony No. 4 in E-flat 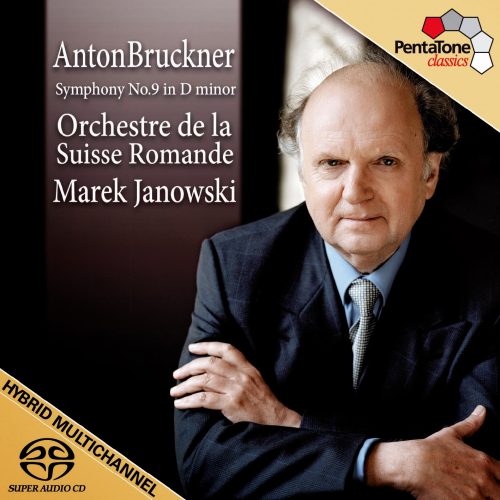 Bruckner – Symphony No. 9 in D minor 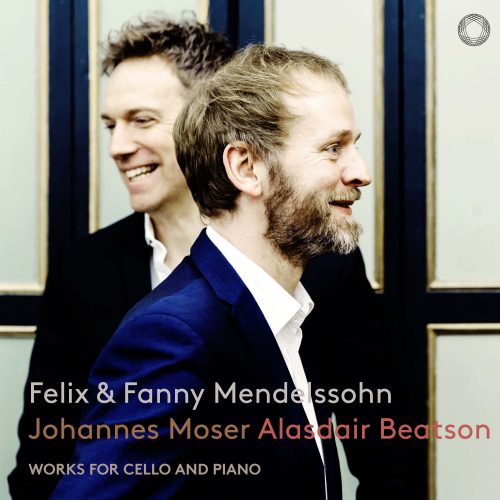