Bill Evans – Some Other Time: The Lost Session From The Black Forest, Volume 1 (Analog Reel to Reel Tape) 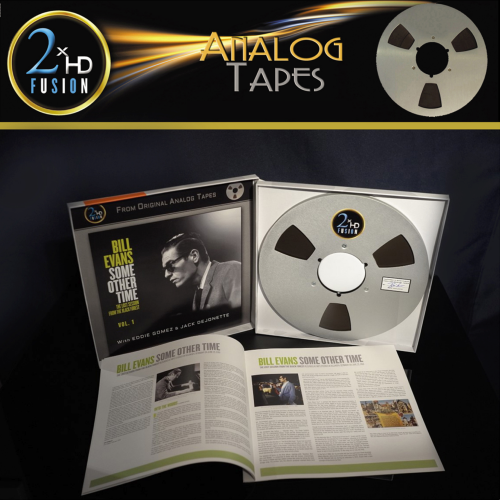 The recordings on this album constitute the material from a June 20th, 1968 studio session recorded by Hans Georg Brunner-Schwer (HGBS) and Joachim-Ernst Brendt in Germany’s Black Forest. This is no ordinary recording. This enthralling Bill Evans session was recorded five days after a famous performance at the 1968 Montreux jazz festival by Evans, bassist Eddie Gomez and drummer Jack DeJohnette. Verve’s Montreux live recording won a Grammy, but this studio session has been in the vaults ever since.

2xHD received Positive Feedback’s ‘Best Sounding album of the year’ award for this album two years in a row. 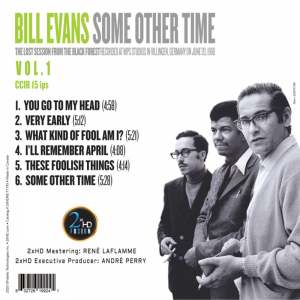 Recorded at MPS Studios in Villingen, Germany on June 20, 1968 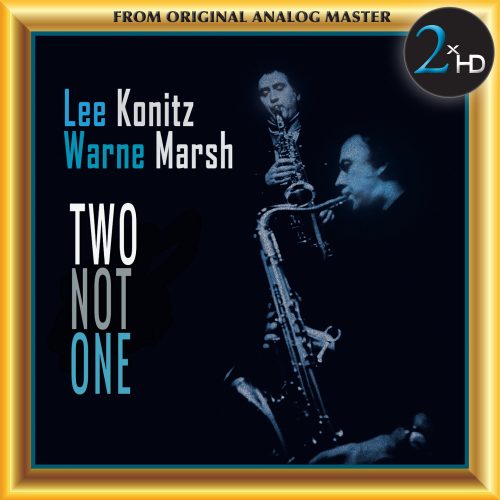