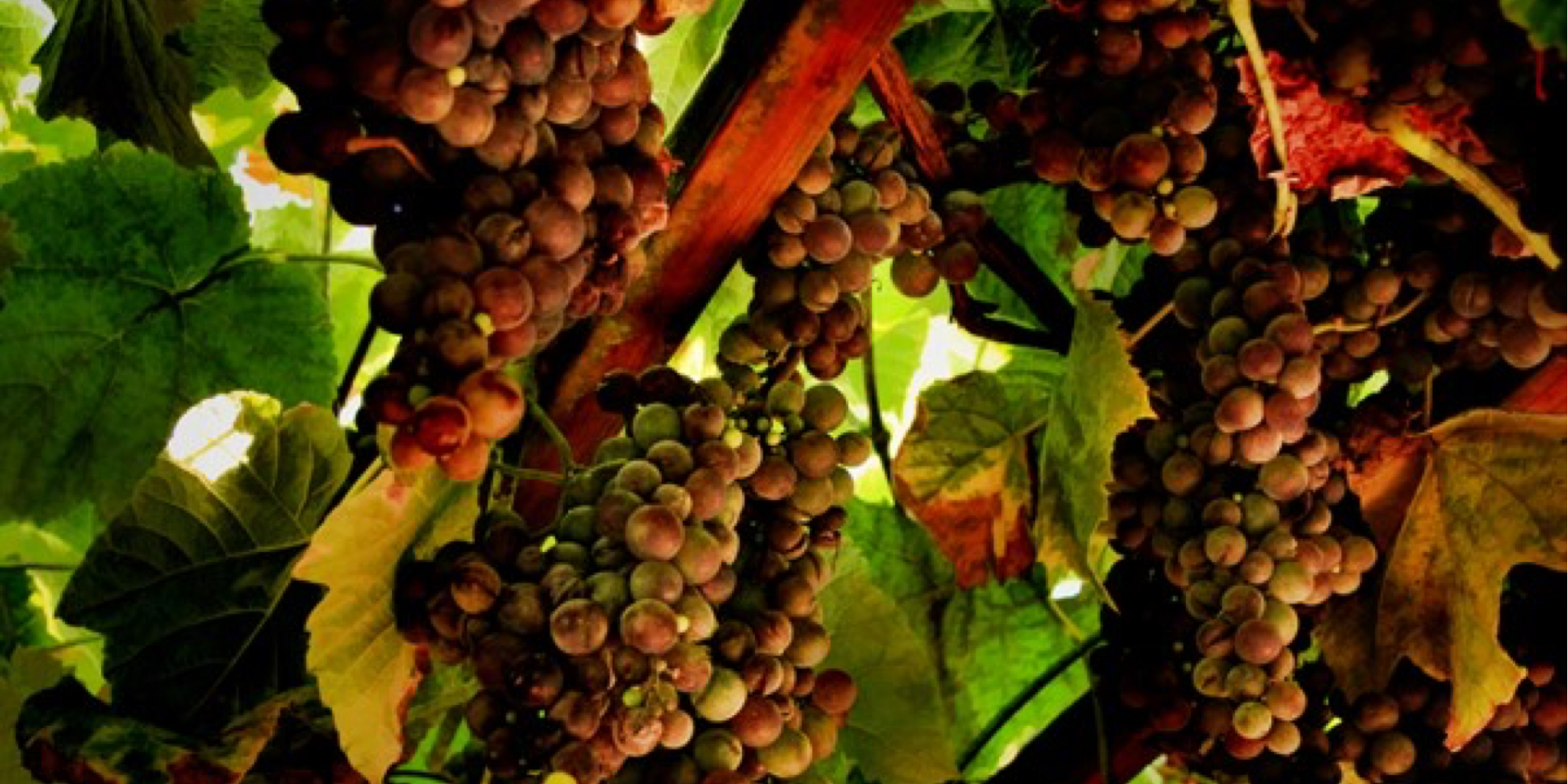 Once upon a time, about 27 years after Gershwin first introduced his Three Preludes for Solo Piano, my piano teacher gave me Prelude No. 2 to learn. My hands were a bit small for one of the chords, so I had to cheat that– it did alter the Gershwin rhythm a bit. It wasn’t long before I literally “grew” into the piece, and I played it often.

There are many recordings of the Second Prelude now, including arrangements for other instruments. I was surprised to find five on Native DSD.  Discovering those recordings made me think it would be a good time to highlight some of Gershwin’s music.

George Gershwin was born in Brooklyn, New York, in 1898.  He amazed his parents by being able to play songs on the piano with no training.  He was given piano lessons and studied the classics. He dropped out of school at 15 and became a “Tin-Pan Alley” song-plugger.  He wrote songs but had no success until Al Jolson picked up his song, “Swanee,” a huge hit in 1919.

George Gershwin then partnered with his older brother, Ira, to begin a song writing career that still makes him one of America’s most beloved composers. George was able to write amazing tunes, and Ira could write lyrics for those songs as fast as he got them.  Throughout the 1920’s and 1930’s  Gershwin tunes were mainstays in Broadway musicals and movies, and are still part of the “Great American Songbook”.

Claudio Constantini was born and raised in Lima, Peru, and lives in Spain.  He is equally adept as a composer, pianist, and bandonleonist.  This album is a salute to Gershwin and Piazzola.  It features the solo piano version of Rhapsody In Blue, the Three Preludes, and Constantini’s own variations on Gershwin’s “Summertime” from Porgy and Bess.  His rendition of the Prelude #2 seems perfect, and I love his Rhapsody and Summertime Variations.    Oh– in case you were wondering Claudio Constantini does not play the bandoneon on this album.

Just as Claudio Constantini showcases Gershwin and Piazzola, Raffi Besalyan brings together Khatchaturian, from his native Armenia, and Gershwin, from his adopted home, the USA.  Along with a fine performance of the Preludes you’ll find some of Earl Wild’s Virtuoso Etudes based on Gershwin Songs.  Besalyan also spotlights a premiere recording of Piano Sonatinas by Gershwin advocate, pianist, entertainer, Oscar Levant. All in all, some spectacular playing.

Arrangements Of The Preludes

Vesko Eschkenazy, violin, and Ludmil Angelov, piano, are delightful in the Jascha Heifetz arrangements of the Three Preludes.  Heifetz was a dear friend of Gershwin and the pieces lose nothing in the translation. The whole album is excellent by the way. Imagine yourself at a high-society garden party in 1927. In the best possible way, this music would fit perfectly. But here’s another one:

Salvatore Accardo’s  excellent Omaggio a Heifetz album also has the Heifetz arrangements of the Preludes, along with a wonderful variety of other goodies by Gershwin and others.  Great Gershwin or great Heifetz?  Does it really matter?  Get both albums and have fun listening!

And here’s a most unusual arrangement of the Second Prelude.

Nicholas Schwartz and Anna Fedorova perform as the Oyster Duo in their album ‘Stolen Pearls’. What makes this album so special is the interplay of the two instruments, the piano and the double bass. The pieces on this album were written for other instruments, but you will find some wonderful surprises here, including Gershwin’s Prelude #2 with the big bass fiddle taking the lead! Surprising and delightfully bluesy.

But There Is More To Gershwin (Than The Preludes)

On March 7, 1928, French composer Maurice Ravel celebrated his 53rd birthday at a party in New York. Among the guests was 29-year-old George Gershwin. During the party, Gershwin thoroughly impressed Ravel with an impromptu performance of Rhapsody in Blue and the song “The Man I Love.” Ravel apparently had such deep respect for Gershwin’s natural melodic gifts that he turned down Gershwin’s request for composition lessons, telling him, “It is better to write good Gershwin than bad Ravel, which is what would happen if you worked with me.”   Nevertheless, Ravel was clearly influenced by Gershwin as one can hear in his two piano concertos.

Denis Kazhukhim, backed by Kazuki Yamada and the Suisse Romande Orchestra brings us heartfelt performances of the two Ravel Piano Concertos, separated by Gershwin’s Piano Concerto in F Major which preceded Ravel’s by a few years.  You won’t mistake Ravel’s Concertos as being Gershwin, but you will certainly hear echoes.

Here’s an unusual take on Gershwin’s An American In Paris! Liza Ferschtman takes over the piano parts with her violin, and Marion Venzago conducts The Netherlands Philharmonic Orchestra in a delightful, spirited rendition! And it’s coupled with an excellent Dvorak Violin Concerto!

But now let’s get to the big one…

Here are three I want to bring forward in addition to Claudio Constantini’s Piano solo version which was covered earlier.

Step into my time machine!  The Marine Band of The Royal Netherlands Navy, conducted by Major Arjan Tien plays the Rhapsody almost exactly the same as Paul Whiteman’s band in the premiere in February of 1924 with Gershwin at the piano.  But that’s not all!  In this fabulous recording the piano is played by George Gershwin himself!  Impossible?  Not a bit!

It’s Gershwin from a 1925 Piano Roll seamlessly integrated. Coincidentally I was just listening to a first recording of the Rhapsody in its original form, and these guys have it right! The whole album is fabulous, but the Rhapsody is worth the price of admission all by itself.

But here’s the Rhapsody In Blue for symphony orchestra that you might be expecting. Jon Nakamatsu, backed by Jeff Tyzik and the Rochester Philharmonic Orchestra do a fine job on the Rhapsody, the Concerto in F, and the Cuban Overture.  Spirited and beautifully played!

Another solo piano album! And what an album! Hyperion Knight plays Gershwin’s own solo-piano arrangement of Rhapsody In Blue, plus the famous Earl Wild Virtuoso Etudes based on Gershwin songs, and Wild’s Fantasy on Porgy and Bess! And that brings me to the obvious:

Top talent, and a recording that lets you witness this as opera!  Marin Alsop conducts the Philadelphia Orchestra with choir and soloists in Porgy and Bess Highlights.

All Of Gershwin’s DSD Music

Now, what about all those Gershwin songs? I don’t know how many albums have one or two, but there are a bunch of them!

All of Gershwin on NativeDSD

In addition there is a nice Gershwin in DSD Bundle that includes some of the albums I’ve mentioned. You can find it here.

George Gershwin died from a brain tumor in Los Angeles in 1937, just shy of his 38th birthday.