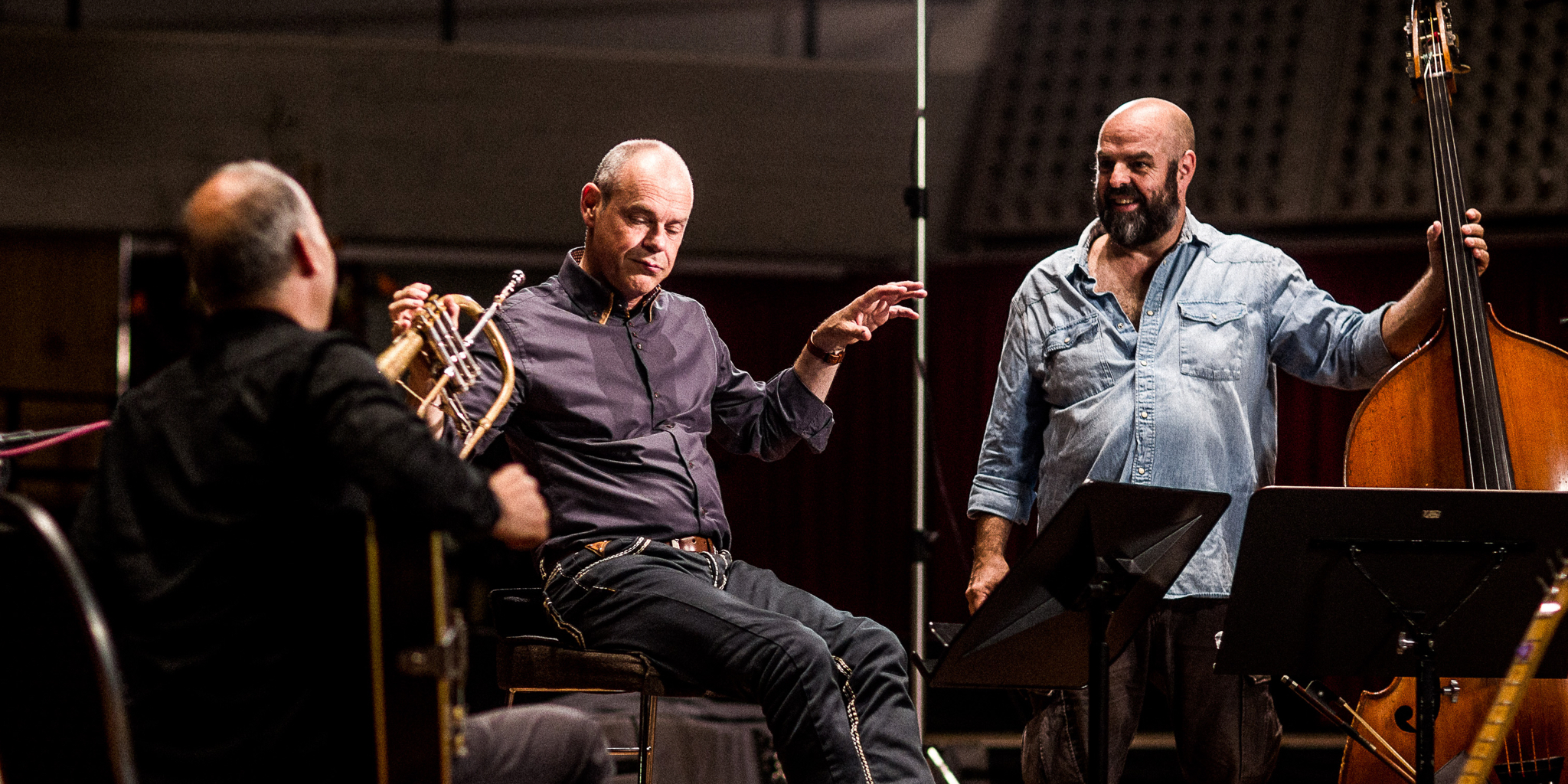 It all starts in this small town in the south of the Netherlands, when he joins the local brassband playing the flugelhorn at the age of 11. A few years later he gets so excited about Big Band Oss that he switches to trumpet to be able to join them.

NativeDSD.com’s in house label Just Listen Records recorded and released three DSD 256 projects with verploegen in various combinations. The ‘Sweetest Sound’ was the firs in which we invited him to do a recording for the label at our specific terms (play live, in balance, no mixing, no editing, just capturing the live music as it is with the best possible equipment at the best suitable venue).

It was obvious for me to return once more to my first love – the flugelhorn.

He picked ‘standard’ tunes he grew fond of over the years, looking for a certain degree of variety in melody, harmony, formal structure, keeping the drum-less trio sound in mind, allowing it to flourish, creating a casual, lush and intimate atmosphere.

“Flugelhorn and Drums…. A whole album? Both of you will have to be VERY good to keep the listener’s attention for the duration of a complete album. And yes, it is all very good. These boys needed no producing on my part. Setting up the microphones was also easy. A great space to play, two very musical minded players. I only needed to press record!” writes Jared Sacks the producer.

We really wanted to continue our collaboration with Angelo and quickly came up with some new dates for a new session. He wanted to reflect musically on the travels made as a musician. Ironically enough reality caught up with this idea when traveling came to a literal standstill because of the worldwide coronavirus outbreak. Maybe a reason for the better for some reflection on the act of traveling?

We translated traveling lightly literally into a line-up without bass, thus underlining the concept of lightness and transparency in sound.

He writes “My many travels all represent a mixed feeling of melancholy, to have to leave my beloved family again, and of excitement about plunging into the unknown. And then of course there is all the inconvenience coming with the traveling itself, which I try to ease as much as I can by carrying as little as possible with him: practicing the Art of Traveling Light.”

We hope you will enjoy these recordings made with no sound-equalizing, no mixing, no compressing, no editing applied here. Just the musicians in a beautiful medium-large concert hall, the best possible technical equipment.