Started by sonic guru and producer Tal Trivish and musician Iggy Dayan, Regga Records is an Israeli label built to house their joint projects. Trivish is a veteran of the Israeli music industry and has manufactured quite a few sizable hits. He is known for his uncompromising recordings and for his attention to every detail in the process.

Dayan is a member of Mashina, Israel’s legendary rock band. He writes poetry and prose and is a composer and a multi-instrument musician. He too is known for seeking depths and for pursuing minute details.

When they met, the two realized that they share similar tastes and matching ideas. They were also both interested in distancing themselves from contemporary popular music, and in exploring new frontiers.
Music reflects a consciousness and a time. It also reflects a place, of which culture has a direct link to its geography and to its history. As was dictated by the circumstances, the state of Israel was founded hastily by Jews that gravitated to it from a plethora of nations. Many immigrants came from cultures that were completely alien to this part of the world. Obviously, the need to rapidly build a country, together with the various world-views, played a part in the formation of Israeli culture, that is characterized amongst the rest by directness, kinship, and solidarity.

At “Regga Records” cultural diversity is viewed as a beautiful, colorful, and inevitable component of Israeli being. This implies that Israeli music cannot and should not sound like western music – neither American nor European – just as it is not Arab music. To this day, crystalizing an authentic experience from the multitude of colors and contrasts, which comprise the Israeli cultural fabric, is a real challenge that calls for a creative approach.

“Regga” in Hebrew means “moment”. As part of their work processes, “Regga Records” take their time in capturing the moment. This is done in an attempt to demonstrate an authentic, Israeli sound-stamp of superior quality; One that does not deprecate itself in trying to imitate western models or eastern ones, yet contains the good and the pertinent they both have to offer.

While holding the stick from both ends may sound pretentious, it is more of an aspiration to find an equilibrium amongst attributes, a point that does not diminish one at the expense of the other, but rather accentuates and illuminates each in its full. The same holds in the space that lies between the love of music and audiophilia: why listen to a quality recording of boring music? Why listen to wonderful music that is badly recorded? To achieve the best of both worlds, intense rigor is required on the artistic aspect, as well as on the technical one (Isn’t it artistic too?) and on many other important decisions – such as selecting the right venue for the recording. All of these together comprise the foundation and the conditions for the creation of the magical element we all love, one that presents the listener with a forceful and an emotional experience.

Ultimately, the artist is tasked with delivering a performance in which everything comes together, and the magic happens. And what if it takes more than a moment to capture the moment? On this matter, we identify with the many fishermen that are dispersed along Israel’s beaches, rather than with the edgy drivers that congest its roads: Patience… all we have in life is time. 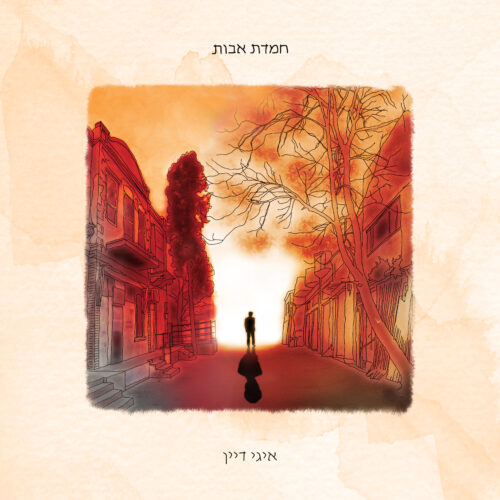