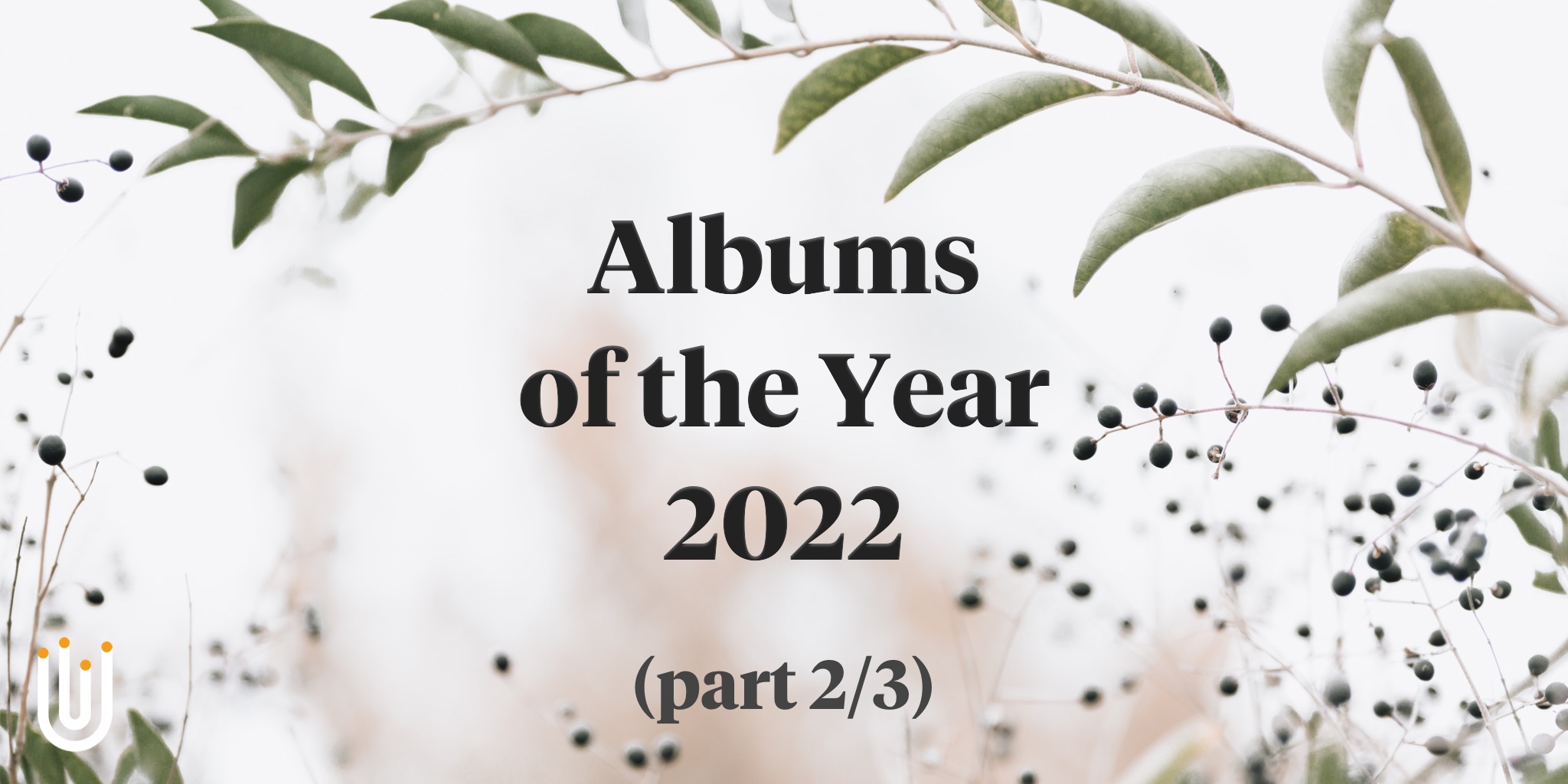 It is once again time for NativeDSD to celebrate the year in Direct Stream Digital (DSD) music. With over 85 music labels contributing to our listeners’ music enjoyment, there is much to celebrate and enjoy. Each category has two or more albums nominated. Soon you get to vote on your favorite in each category.

Brian Moura and Bill Dodd have selected nominees across 11 Categories.
Today we reveal the Nominations of these 4 Categories:

Best of all, these albums are available at 25% Off through January 5th, 2023 as part of the Album of the Year sale. The discount is automatically applied in you cart. Another incentive to read the list and add to your DSD collection right away.

Pianist Gabor Csordas brought us 4 Pure DSD 256 Stereo albums this year. When it comes to our Album of the Year nominations, the one I selected was Chasing A Dream. It features quite a range of styles from the mellow Jazz of the title song to the lovely Tokyo Ballad to a Jazzy disco themed song titled Fresh. The range and variety of styles and musical influences here are quite a treat. Csordas is a Jazz player with style and one to watch.
– Brian Moura

Pianist Jan Gunnar Hoff released his fourth solo album titled Home at NativeDSD this year. It arrived in a multitude of formats including Stereo and 5.1 Channel Surround Sound plus 7.1.4 Immersive Sound in Auro3D, Dolby Atmos and Discrete Immersive Sound. The album is described as “both as an homage to and as a statement of belonging to northern Norway, with its naked landscape and its Arctic location.” Most of the songs are composed by Hoff with his unique interpretations of such classics as Moon River, Summertime and What Might Have Been. Home offers a thoughtful, moving, and beautiful set of solo piano performances. It is a musical treat worth a place in your music library.
– Brian Moura

In 2013 Daniel Barenboim commissioned Chris Maene to build a perfect parallel-strung concert grand piano. On the album Time For Ballads: The Maene Sessions, pianist Rob van Bavel is accompanied by Frans van Geest on Double Bass and Marcel Serierse on Drums as they play 13 ballads including Body and Soul, In A Sentimental Mood, The Shadow Of Your Smile and several original compositions. Van Bavel felt this the perfect piano to use in his tribute to ballads would be the Chris Maene Straight Strung Concert Grand Piano a beautiful little wooden church called ‘De Terp’ in Oudorp. One can debate whether it’s the piano, the Jazz Ensemble, the church or all of the above that contributes to the fine music and sonics on this album. To my ears it’s a winner all around.
– Brian Moura

Michael Wilmering is that rarity among concert baritones– He is truly an “actor” in the very best sense. He is immersed in what he is singing, and he makes us understand and feel it as few others can do. And Daan Boertien is his perfect partner on the piano. The pandemic gave them lots of time to study Schubert’s famous song cycle and they present it intimately and beautifully. TRPTK’s recording captures the two things that are the most difficult test of audio quality: The piano, and the male voice.
– Bill Dodd

I admit to being a big fan of Sibelius, but I am new to these songs. They were originally written for voice and piano, but each has been orchestrated by Sibelius himself or others. One of my favorite Mezzos, Marianne Beate Kielland, is backed by The Norwegian Radio Orchestra conducted by Petr Popelka and the result is completely successful.
– Bill Dodd

I know you’re probably confused. French Bel Canto Arias by Rossini and Donizetti? But it’s pretty much accurate. I can recommend reading the liner notes for background. What’s important is that Lisette Oropesa soars to great heights, and wrings great beauty out of these various arias. She is accompanied by The Dresdner Philharmonie and The Staatsopernchor Dresden conducted by Corrado Rovaris. I think I’ll be listening to this lovely set quite a bit.
– Bill Dodd

Verdi’s 1853 Opera was quite different for its time. No towering characters from the past, but almost a precursor to Opera Verismo still decades ahead in time. Like most of the great operas there are recorded versions that will top peoples’ lists for a long time. But this superb recording and performance stands with the best, and offers modern sound. Again we have Lisette Oropesa along with a really solid cast, accompanied by The Dresdner Philharmonie and The Staatsopernchor Dresden. The conductor is Daniel Oren. This could easily be my only La Traviata.
– Bill Dodd

I love this album! Antonino Reggio is a bit of a mystery. He was a priest, a monsignor, a musician, and a composer. He was born in Sicily in 1725, but no one seems to be absolutely sure about the year of his death. And no one seems to be sure about when these Sonatas were written, but they are delightful as played by Konstantin Shenikov, lute; and Kit Samara, baroque harp. The combination of harp and lute really works for this music! HR Recordings says this is Volume 1 with 12 of the 24, and that Volume 2 will be coming in a few months. I can hardly wait!
– Bill Dodd

Bach: The Sonatas for Violin and Harpsichord

Reviewer Rushton Paul, Positive Feedback, sums up his reaction to this album: “This is not treadle-pumping Bach. This is joyous Bach – full of life, full of invention, ever flowing with ideas.“ I agree! Just as with Rachel Podger’s amazing Vivaldi albums, there is love and total commitment in the playing of Mercero and Sebastian. Even people who aren’t drawn to Bach could easily be won over by this album! And the recording quality is superb!
– Bill Dodd

Rachel Podger’s first album of music by Beethoven is a winner. She and pianist Christopher Glynn survey Beethoven’s First, Fifth, and Tenth Sonatas for violin and Piano, and the result shows dramatically the journey from early to late Beethoven, Classical to Romantic! The playing from this pair is everything you’d expect from world-class musicians, and the sound is everything you’d expect from Channel Classics.
– Bill Dodd

The Rembrandt Trio returns to NativeDSD with their latest Just Listen album A Wind Invisible. The trio, which includes pianist and composer Rembrandt Frerichs, bass player Tony Overwater and Vinsent Planjer on percussion is known for their selection of unique musical themes and styles. Here we have an album of complex melodies that brings the listener World Music with influences from Jazz, Classical and Oriental Music. The album features the fine recording skills of Jared Sacks and is beautifully presented. It’s a musical journey you will enjoy and look forward to embarking on.
– Brian Moura

David Yengibarian released a pair of World Music albums this year on Hunnia. My favorite is Influences. Here he is joined by the David Yengibarian Trio with guest musicians Eva Alekszandrovna and Vasilis Klapakis. This Pure DSD 256 Stereo album is a high energy and lively World Music album that highlights the trio’s musical influences which include Armenian, European and American Jazz, Improvised Music, Tango, and Tango Nuevo of Astor Piazzolla. It’s World Music delivered in state of the art Pure DSD 256 sound with an energy that will entertain and delight any listener.
– Brian Moura

Producer and Recording Engineer Bob Attiyeh at Yarlung is known for bringing new musical artists in a wide variety of genres and styles to NativeDSD. This year was no exception. With Sangam, we discover the music of Paul Livingstone (sitar) and Peter Jacobson (cello). Subtitled Confluence: Music From Inside The Heart Of Raga, the album brings us World Music which is a blending (or confluence if you will) of Hindustani music with Western improvisations. Fresh, unique, and recorded in Pure DSD 256 sonics. An interesting and enjoyable musical change of pace.
– Brian Moura

Enjoy discovering some of the best DSD albums released in 2022. And remember: all of the nominated albums are 25% Off until January 5th, 2023. The discount is automatically applied in your cart.