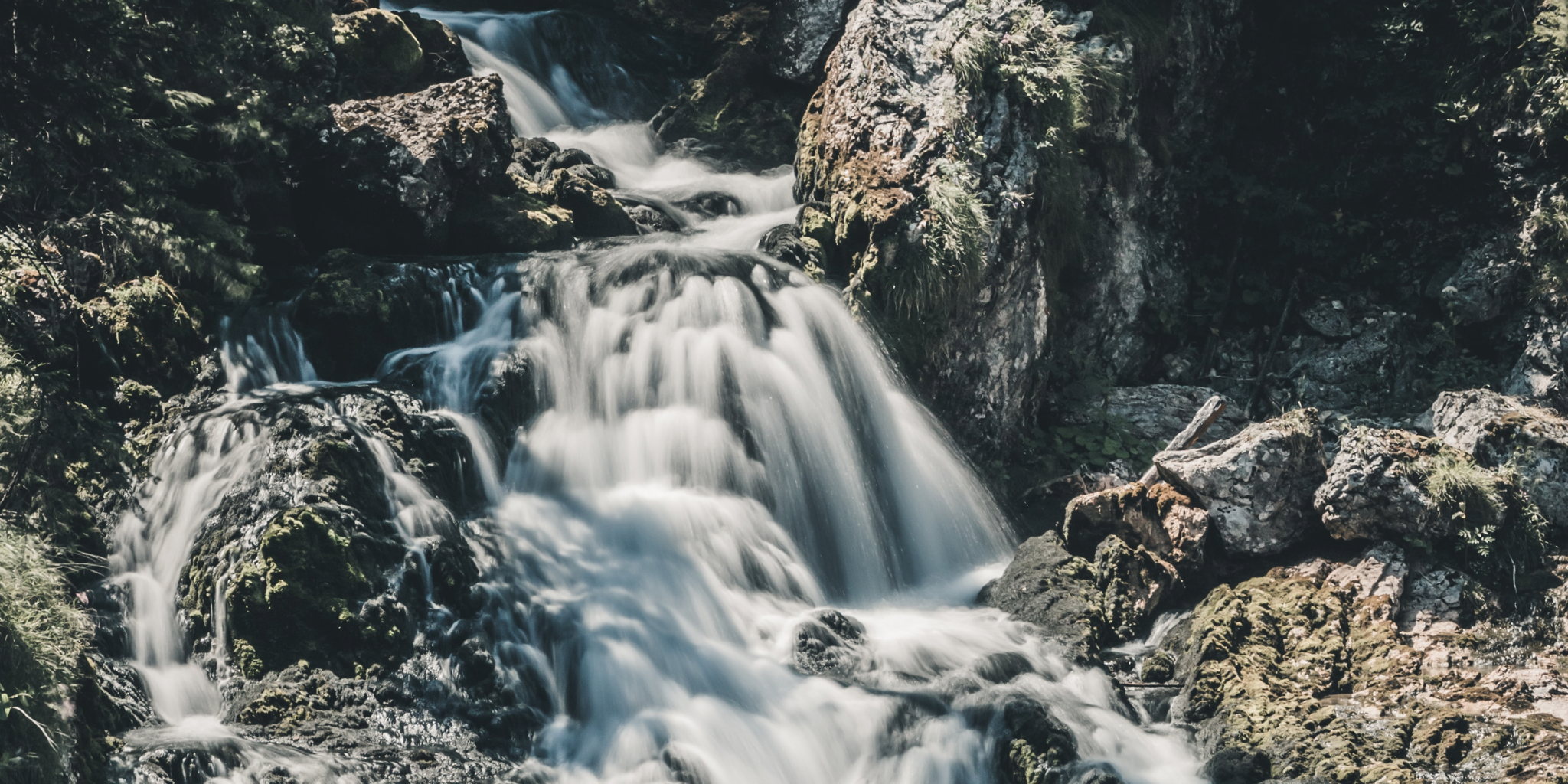 A new drug – no, but a new “can’t‐be‐without‐it‐anymore” audio format bursting into our listening rooms. Direct Stream Digital (DSD) actually has been around for a while already, but it has been so married to a physical media, SACD, that it has yet to receive the attention from audiophiles that it deserves. It is only recently with the growing interest in downloading high resolution audio via the internet that DSD surged to the surface of news coverage. What were compelling reasons to use this encoding scheme for SACD over 10 years ago are now becoming convenient truths for the new era of high resolution internet audio. This paper explains the background and nature of DSD and what might happen to it in the near future.

The term Direct Stream Digital (DSD) was coined by Sony and Philips when they jointly launched the SACD format. It is nothing else than processed Delta‐Sigma modulation first developed by Philips in the 1970’s. Its first wide market entry was not until later in the 1980’s when it was used as an intermediate format inside A/D and D/A converter chips.

Figure 1 shows how an analog source is converted to digital PCM through the A/D converter and then back again to analog via the D/A converter. The A/D internally contains 2 distinct processes:

The D/A process is very similar where:

As science progressed as well as our experience with digital audio, we started to realize that the algorithms for the DSD‐to‐PCM and PCM‐to‐DSD conversions can have a profound impact on the sonic performance when they are developed according to classic formulas. These are relatively complicated algorithms and they introduced a new phenomenon that we describe as “digital sound” or ringing effects. Hence the motivation by the engineering teams of Sony and Philips to remove these steps altogether from the conversions between analog and digital. This simplified DSD path that bypasses the PCM path is shown in Fig. 1 above. As is usually the case most simplifications in the signal path lead to sonic improvements and so it didn’t come as a surprise when first listening tests were so astonishing that this format was considered as an archiving format for recording studios. That alone says something about its sonic fidelity. At the time no recording studio was even considering using any PCM format to archive its analog recordings.

The proliferation of the new DVD disc format happened around the same time and its owners immediately raised the question if it was time to use it as replacement for the aging Redbook CD format. The license holders of CD (Sony and Philips) were very concerned about that, of course, and were quick to suggest a competing audio disc that would use the DSD encoding scheme to better address the music industry’s requirements. A full fledged format war started raging between SACD and DVD‐Audio. Luckily SACD won and through that victory DSD has been used in digital recording studios around the world. Meanwhile a large library of DSD recordings exists today and many of these recordings have only been published as PCM conversions.

While DSD is used at a sample rate of 2.8224MHz (64 x 44.1kHz) mostly for SACD production, recording equipment has also been used at double that rate at 5.6448MHz (128 x 44.1kHz). Often studios use this format to archive their library of analog recordings. Recording equipment for this double rate DSD is available relatively inexpensively at great quality so that consumers can use it to archive their beloved vinyl and tape recordings onto a digital format and then play that back directly via an audiophile grade D/A converter (such as any Playback Designs product) in the comfort of their own listening room.

The theoretical frequency bandwidth of a DSD signal with a sample rate of 2.8224MHz (64 x 44.1kHz) is 1.4112MHz. Compare this to a 96kHz PCM signal which has a theoretical bandwidth of 48kHz, or 192kHz PCM signal with a bandwidth of 96kHz. However, this wide bandwidth comes at a price: pure Delta‐ Sigma signals are quantized to 1 bit and, therefore, do not have a great dynamic range by themselves. That is why Delta‐Sigma converters need to incorporate a process called “noise shaping” that increases the dynamic range in the usable audio range (0‐20kHz) and then slowly decreases it over higher frequencies. It is this noise‐shaped delta sigma signal that is then called DSD. Fig.2 below shows the typical dynamic range of a DSD signal sampled at 2.8224MHz which can be greater than 150db in the audio band below 20kHz. The slowly rising noise floor at higher frequencies also follows to some degree our hearing threshold for transient signals that have been proven to be audible up to 100kHz.

Of course, DSD at double the rate (5.6448MHz) has an extended audio range of 0‐40kHz above where the noise floor then starts to rise gently.

Fig.2 also shows the theoretical dynamic ranges of high resolution PCM signals at various sample rates. Note the steep brickwalls that PCM signals typically have. It is those brickwalls that can generate very audible side‐effects such as pre‐ringing, if not processed with special algorithms (such as in all Playback Designs products). By design DSD signals do not generate these side effects.

As we can see from this, DSD is characterized by the following:

Clearly, packaged media is slowly on its way out. It has limited the evolution of audio formats for too long. As the computer platform does not favor one particular format over another, it is becoming an artistic decision for the recording engineer and producer which format to use for which application and market. With fewer and fewer disc pressing plants in the world the era of high resolution downloads to computer has already started. When combined with an external DAC and configured for high quality playback the computer can be a formidable audio platform. The various high resolution formats that are currently in use can have very different bit rates, which impacts the time it takes to download the files from the internet. Fig. 3 lists different formats along with their files sizes for a 3 minute song and download times assuming a 5Mb/sec internet connection.

As the sample rate is increased beyond 96kHz PCM formats create relatively large files that take quite long to download. The file size and download time for DSD on the other side are comparable to 24/96kHz PCM, yet offer greater performance as we saw in Fig.2. Often the DXD format is compared to DSD in terms of sonic quality, but as we see from this table DSD is about 3 times more bit efficient. This comes from the fact that DSD doesn’t have a flat frequency response as seen in Fig.2, but rather adjusts resolution in very high frequencies where our hearing only has very limited resolution as well. For this reason and the fact that a large library of DSD recordings already exists, DSD may become the dominant format for high resolution downloads.

The computer is a very good platform for reading files, shuffling bits from one place to another and it offers various possibilities for user control, local and/or remote. Hardly any other machine can offer the amount of storage, upgradeability, ease of use and controlability via tablet PC or even smart phone, at least not for the price of standard computers today. However, the computer is generally not a good platform to combine with analog audio signals – there are too many fans, disk drives, CPUs, auxiliary processors generating mechanical and electrical noises and running on asynchronous clock signals. This all would have a very negative impact on the analog audio signal, if it was too close to this noisy environment. Fortunately, this can be solved quite easily by moving the critical element, the DAC, outside and away from the computer. This raises the question, of course, of what the best link between computer and external DAC should be. Ideally the requirements for such a link should be:

Once the playback software reads the DSD file it sends the data to the USB driver where it then gets rearranged into containers ready for transmission via USB. Both Windows and Apple OS operating systems have implemented drivers with partial support for the USB Audio specification:

As of this writing the following manufacturers are offering playback software supporting native playback of DSD files:

D/A converters that can directly play DSD data from a computer are offered by:

Andreas has been involved in the creation of SACD from the beginning while working at Sony. He was leading a team of engineers designing the world’s first multichannel DSD recorder and editor for professional recording (Sonoma workstation), world’s first multichannel DSD converters (ADC and DAC) and participated in various standardization committees world‐wide for SACD. Later he went on as a consultant to design a number of proprietary DSD processing algorithms for converting PCM to DSD and DSD to PCM, and other technologies for D/A conversion and clock jitter control in DACs. In 2008 he co‐founded Playback Designs to bring to market his exceptional experience and know‐how in DSD in form of D/A converters and CD/SACD players. Earlier he was part of an engineering team at Studer in Switzerland designing one of the world’s first digital tape recorders, then lead a team of engineers working on a multichannel hard disk recorder, and a 3‐year stint at Dolby as the company’s first digital design engineer gave him a well rounded foundation of audio know‐how and experience.