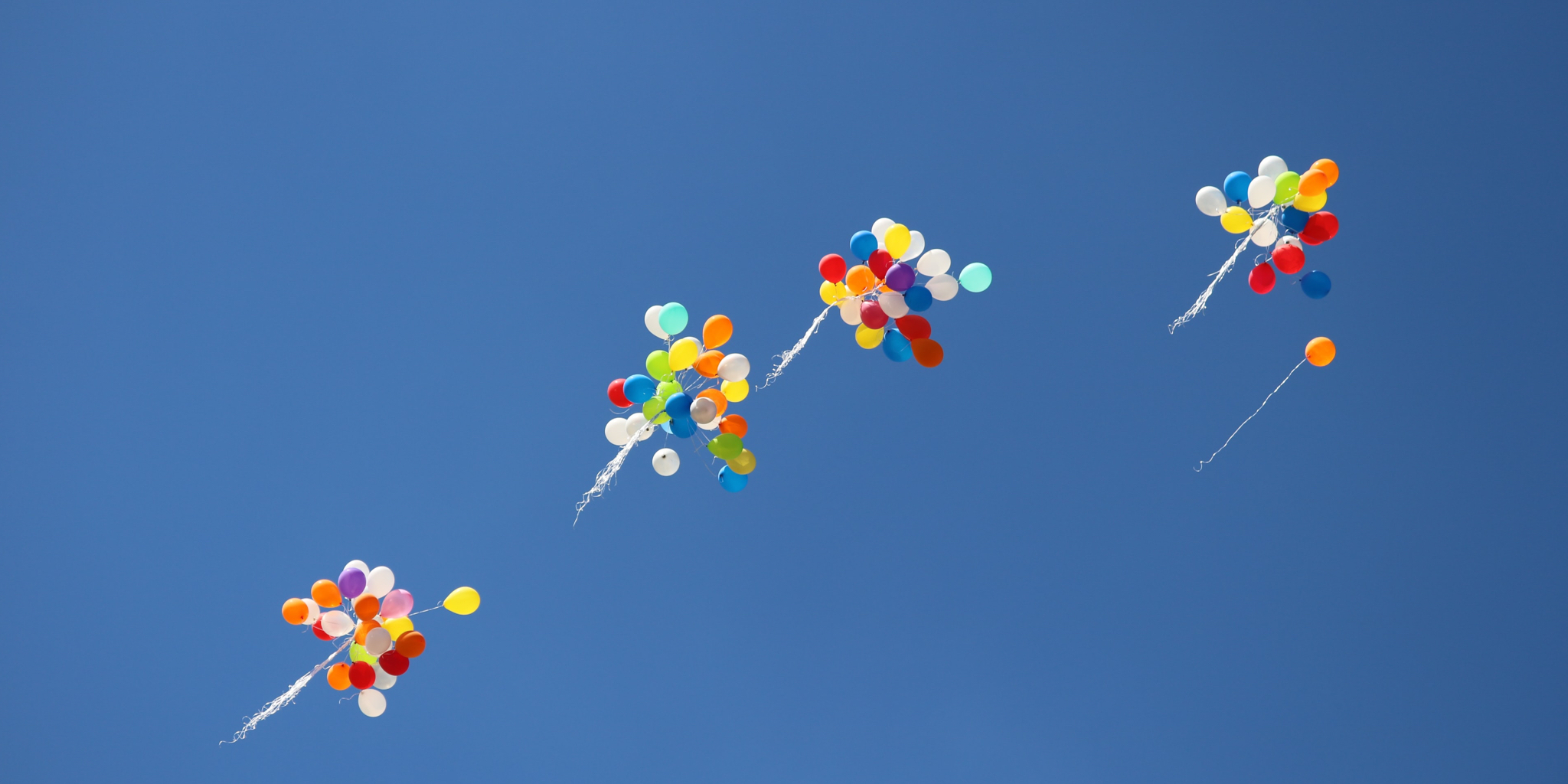 NativeDSD selectively creates higher DSD bitrates of releases for our listener’s musical enjoyment.  These higher bitrate editions are created using two different sets of professional recording and mastering tools methods: Merging Technologies “MECO” modulators and the Pyramix 12 digital audio workstation software, and Signalyst’s “EC” modulators and DSD professional software tools including HQ Player Pro. The process depends on the original edited master source of the album and which higher DSD bitrate(s) are to be created. In order to understand the processes, a bit of background is appropriate.

The overwhelming majority of the DSD recordings sold by NativeDSD were recorded in DSD, edited, and post processed in DXD, and then converted (modulated) into DSD deliverable bitrates. In many cases, these albums initially appeared on Super Audio CD (SACD) optical discs which can deliver Stereo and Multichannel DSD files at the DSD 64 bitrate (64 times the CD bitrate).

The exception to the above are the albums from labels including Eudora, Forward Music Italy, Hunnia, IsoMike, Just Listen, and Yarlung that are recorded in DSD, and do no PCM or DXD post processing mixing, level balancing, EQ etc.  That is do-able by restricting post processing to just editing, where only the edit transition interval (typically 100ms or less) is PCM converted, leaving the DSD music content unaltered when rendered and doing level changes in Signalyst’s HQ Player 4 Pro Mastering Tools which allows these changes to be performed in the DSD Domain.

NativeDSD also offers albums that were recorded on Sony’s Sonoma DSD Workstation.  These recordings are either recorded direct to the Sonoma or use the workstation’s “DSD Wide” format for post-production.

When NativeDSD receives an album for release, it is most of the time provided in one rate. To bring it to the listener in multiple formats and bitrates, it is often necessary to generate additional album editions.

A good example of this is when an album is delivered in DSD 256 or DSD 128 format. Listeners that have systems that can only play DSD 64 bitrate releases need a DSD 64 edition that sometimes must be created by NativeDSD.

For releases that originated from DSD recordings, the DSD edited master (the actual recording master with edits) is used with Signalyst’s HQ Player 4 Pro and the Signalyst professional software is used to re-modulate the missing DSD bitrates. This software is also used to create Stereo DSD 512 editions of these albums in some cases.

When albums are recorded in DSD and include DXD post production – or are recorded and post-produced in DXD, NativeDSD acquires the label’s original DXD edited master.  With these albums, NativeDSD then uses Merging Technologies’ Pyramix 12 workstation software and the new “MICO” modulators to create first generation DSD 64, DSD 128, and DSD 256 Stereo and Multichannel files, as well as a DXD deliverable in 24-bit FLAC format. Additionally, on selected recordings, a 32bit PCM WAV file is extracted from the DXD edited master (the DXD PCM FLAC is 24 bits by format definition), and this 32bit file is used it to modulate and create a DSD 512 edition using HQ Player 4 Pro and the Signalyst professional software tools for release.

Our goal at NativeDSD is to provide our listeners with a choice of DSD bitrates. This includes the DSD 64 bitrate that is familiar from SACD releases and one that is supported on all DSD capable optical disc players, digital to analog converters (DACs) and digital audio players (DAPs). As mentioned earlier, providing DSD 64 files gives listeners access to all 1,600+ albums at the NativeDSD store to date.

For listeners that have newer DACs, DAPs and disc players that support higher DSD bitrates (such as DSD 128, DSD 256, DSD 512) and DXD playback, these formats are offered as well on many newer releases.  This approach allows the listener to purchase the highest DSD bitrate that their DAC will support.

What is different with higher bitrate DSD releases is the uncorrelated modulation noise content placement in the frequency spectrum.  While the spectral shape is the same regardless of the DSD bitrate, its effective start and end points move an octave higher for every doubling of the DSD bitrate.  For DSD 64, the uncorrelated modulation noise is about -110dB at 20KHz, rising to about -50dB at 100KHz.  For DSD 512, the modulation noise is about -110dB at 160KHz, and -50dB at 800KHz. Higher bitrate DSD releases (including DSD 128, DSD 256, and DSD 512) facilitate the listener’s Digital to Analog Converter (DAC) operation utilizing gentler, less phase distorting reconstruction filters and algorithms in the Digital to Analog process. The result is music with far improved phase response, a sound that is less aggressive, more spacious and airier, and less “digital”.

It is our experience that listening to an album from NativeDSD at the highest DSD bitrate that your DAC supports is the best sounding. NativeDSD provides these purchasing choices to our listeners to bring you the best musical experience that you can experience with today’s recording technologies.  We hope you continue to enjoy these releases and look forward to your thoughts and continuing support.

First Reactions on the HRP from Listeners & Music Industry

After requests from listeners, digital audio manufacturers and the music industry, NativeDSD started a program of music releases in Stereo DSD 512 earlier this year in addition to our earlier releases in Stereo and Multichannel DSD 64, DSD 128, DSD 256, and DXD.

The program started with a sampler titled 5 Tracks in DSD 512 which debuted at the High End Munich audio show during the announcement of Astell & Kern’s top of the line SP 2000 Digital Audio Player with DSD 512.  Customer reaction to this DSD 512 sampler led NativeDSD to release the full album editions of the music from these 5 albums and the program has expanded since then.

“The remaster sports more accurate start/stop, attack/decay. The result is fuller reproduction of the music-excited space. Here the imaging is completely spherical, utterly free of any blur, alive as in real life.”

“I consistently prefer the DSD 128 files [over the original DSD 64], mainly due to your vocal’s presentation (more defined, less “congested”, with better rendering of the studio space around you) but also because the bass lines are clearer and more integrated as elements of the band’s performance. Also, the overall sound staging is slightly broader and a bit more alive, delicate, ‘airy’.”

“Gooseflesh! Morning Light/Western Town in DSD 128 through HAP is Freakin’ Astounding. All testing ceased as I cranked the volume and just reveled in the repro, depth, 3-dimensionality, inspired playing, singing, grooving. John [Havard’s Fender Broadcaster solo] is there out front, 3 feet forward of the right speaker. I could reach and touch him. Sheer emotion.”

“Results are monumental! I am right now enjoying the best reproduction so far on my main system.

(*assessment of “Crossing” in DSD 128 Multichannel)

Last week I added additional room treatment to stunning effect so that’s in “play” but the presentation is eerily, frighteningly alive. Your Mch mix is so technically masterful that the illusion all us crazy audiophiles so ardently seek is in full, resplendent bloom. Your voice especially is being rendered in the “cocoon” of the studio space utterly detached from speakers and gear. We are there, immersed in music & sound, devoid of artifice.

I could try playing the SACD for comparison, but I don’t even want to today, only to revel in what’s happening right now. This is a whole ‘nother order of music enjoyment. That solid but elusive quality of release that I obsessively pursue is overflowing.”

Feedback from the Artist

The direct air between singer and listener as well as what is coming off the acoustic guitar (both center) are that much more personalized and relaxed yet distinct and round in delivery. These are phase improvements, back to the timing thing. Location is improved so we hear it closer to how it was intended and originally played in the room. All instruments have something of an atmospheric transformation to their delivery (attack) and decay. Very very pleasing to hear in this high high quality presentation.”

Recorded live at the orchestra’s home using an array of omni-directional and spot microphones, the original DSD 256 file has been converted to various PCM formats, including DXD (although given the limited editing capability of DSD it is usually the other way round) and DSD 512, which is a big step-up from the DSD 64 usually offered by Reference Recordings in Pittsburgh.

Comparing DSD 512 and DSD 256 in the Scherzo, at the start within a fairly – but not unacceptably – close overall balance, the halls slightly over-spacious acoustic is even more vividly recreated (the reverberation time can be counted) in 512. There is an exceptional sense of depth, the scampering woodwind doesn’t sound amplified (unlike in the ensuing forte passages) and when the full orchestra enters the impact is even greater on the higher-res version, where you are knocked back in your seat. Indeed, you would have to go back to the 1960s to hear such thrilling brass sound.

In the Adagio the string tone has an analogue-like luster and again DSD512 is more life-like and the unique timbre of all the instruments is better reproduced. In absolute terms clarity and definition are pretty good and very similar to the Reference Recording of Strauss tone poems with the same players in DSD64, but here the sheer weight of sound and dynamic range are in a different class.

As with the Feng Virtuosismo Stereo DSD 512 album (Channel Classics) what you have here is digital sound coming of age and producing something that can be compared with the Decca, Mercury of Lyrita LPs and I would suggest that all Brucknerians and audiophiles should hear this.