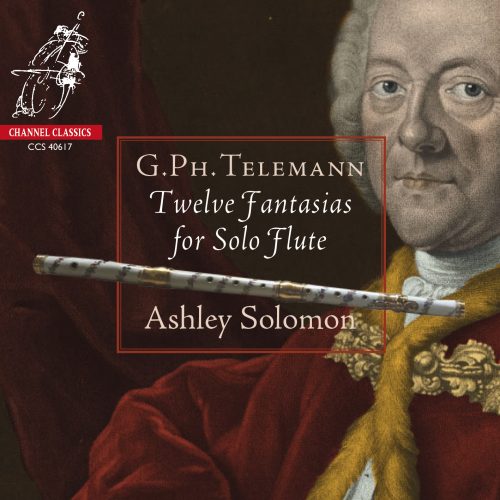 The instruments on this recording

I was very fortunate to have been given the opportunity to use two almost unique instruments, one ivory, one porcelain, both very different from the wooden modern copy I play on all my other recordings. I hope that the variety of tone colours explored on these three instruments helps to make this recording an enjoyable experience for the listener.

Thomas Cahusac ivory flute, 1760 (The Royal College of Music) Fantasias nos. 6, 7, 8Cahusac worked from around 1755 in London. Of Huguenot extraction, he was a music publisher and musical instrument maker at the sign of the ‘Two Flutes and Violin’ in the Strand, near St. Clement’s Church. He was in business until 1798, advertising flutes, violins, viols, various key- board and other instruments, alongside sheet music. His obituary notice described him as ‘the oldest musical instrument maker in and near London’.

Meissen porcelain flute, 1760 (Royal Collection Trust) Fantasias nos. 4, 5, 9This white porcelain flute is decorated with floral swags spiralling around the body. Possibly made from an original mould in 1736 by the great Meissen modeller J.J.Kaendler (1706-75), the decorations and porcelain correspond with Meissen productions from around 1760. It has three interchangeable pieces known as
‘corps de rechange’ which enable the instrument to be played at different pitches-

These, together with the head joint and foot joint (in two parts), have gilt mounted finger holes, joints, sockets, end cap and key. The instrument once belonged to King George III, who played the flute proficiently and possibly took this flute with him to Kew in February 1789 whilst recov- ering from a bout of delirium or porphyria. It is part of the Royal Collection Trust. An identical instrument which must be by the same maker is in the Metropolitan Museum of Art, New York.

While these Fantasias are well represented on record not all competitors realise the element of fantasy with such intuitive and spontaneous flair as flautist Ashley Solomon. Channel Classics’s recorded sound is sympathetic and Solomon’s accompanying essay is thoughtful and informative.

They’re attractive works that do have a certain spontaneity, but the real star here is the flutist, Ashley Solomon, and his collection of three period flutes (…) every note is weighed, considered, and precisely executed.

This is top class in every respect, which is underlined by the gorgeous recording.

Solomon makes them [the Fantasias] dance and sing, he makes them spacious. The articulation is immaculate, the rhythms are buoyant and the recording quality, done in big church acoustics, is immediate and generous.