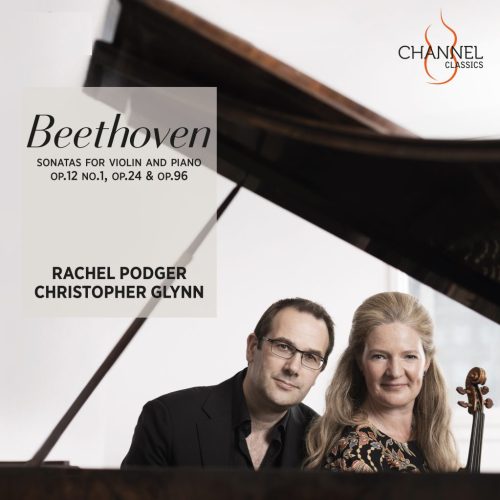 Rachel Podger, “the unsurpassed British glory of the baroque violin” (The Times), and Grammy award-winning pianist Christopher Glynn have recorded Beethoven’s Sonatas for Violin and Piano Op. 12 (No.1), Op 24 & Op. 96.

Reading about Ludwig van Beethoven as a performer usually brings up the inevitable stories about his characteristic and idiosyncratic piano playing in Vienna. But delving further into his early years in Bonn, we read that, as a musician at the court of the Archbishop-Elector of Cologne, he was active as both organist and viola player. And when he left for Vienna in 1792 he was advised to take violin lessons with Ignaz Schuppanzigh.

Beethoven’s profound understanding of both the violin and the piano, and ability to combine them with astonishing invention and originality, is heard in ten sonatas. Three of which are performed on this new album; Op. 12 (No. 1), Op. 24 & Op. 96.

Their performances don’t sound anything like the performances we are attuned to hearing using modern instruments. Christopher Glynn plays on a straight-strung Erard piano from 1840—it has a completely different sound quality from a modern grand piano. Its tone is softer, more rounded, with a lovely woody resonance in the bass. Rachel Podger is playing the “Maurin” Stradivari violin of 1718 on loan from the Royal Academy of Music, an instrument with a silky beauty of tone but of excellent power. It is a “modern” instrument and was played by the first violinist of the Lindsay Quartet, Peter Cropper, so it’s clearly not a “period instrument.” Nonetheless, in Podger’s hands the tonal qualities of the violin balance exquisitely with the sound of the Erard to deliver a rich blending of harmonic complexities to these performances.

Podger and Glynn’s performances respond perfectly to the different ways Beethoven conceives the relationship between violin and piano, and allow us to hear the musical evolution of his sonatas unfolding before our ears.

For her first recorded foray into Beethoven, Rachel Podger chooses three sonatas that suit her essentially collegial performance style. The very first sonata, published in 1798, audibly follows the models of Mozart and Haydn, with whom Beethoven had recently studied, even as his own individual voice strains at these 18th-century confines. The Spring Sonata is a songful outpouring in contrast to its ‘twin’, the Op 23 Sonata in A minor. The final sonata sits at the dawn of the visionary ‘late’ period and shares its particular lyrical expansiveness with works such as the adjacently numbered Archduke Trio.

From the opening flourish of Op 12 No 1, the difference in outlook between these players and, say, Isabelle Faust and Alexander Melnikov is clear. Where Faust and Melnikov opt for hall-filling, open-throated demonstrativeness, Podger seemingly turns towards her piano partner for a more intimate, conversational unfolding. Her sound is a touch more contained, even as the responsiveness between the two players is palpably ‘live’ and volatile. In the Spring, a more recent comparison is with Viktoria Mullova and Alasdair Beatson, who revel in the relaxed, vernal sunshine of the opening movement; Podger and Glynn, on the other hand, are more acutely aware of gathering clouds and, at a tempo that comes in a whole minute quicker, evoke something notably more blustery and uneasy.

Podger fields a 1718 Stradivari that is capable of some beguiling colors – especially when called upon to sing in sustained passages – but which can turn and give a stinging sforzando bite when required. The piano is an 1840 Érard, ideally matched with the violin, with the barest minimum of action noise and a seductive ‘ring’ in passages such as the cascading scales of the Adagio episode in the finale of Op 96. Surveys of the 10 sonatas on period instruments are considerably less rare than they once were but this selection – the inauguration of a cycle? – stands out for its individuality and a characteristic refusal to take the music at face value. 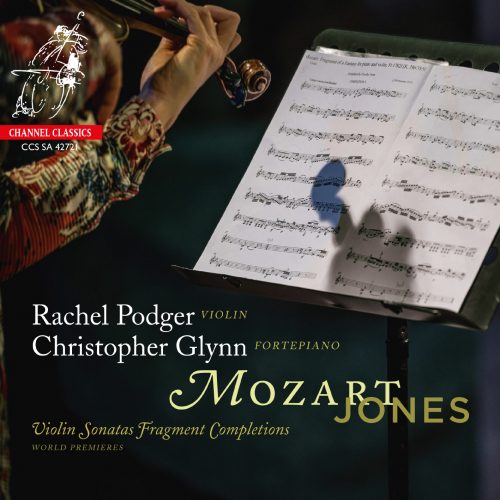