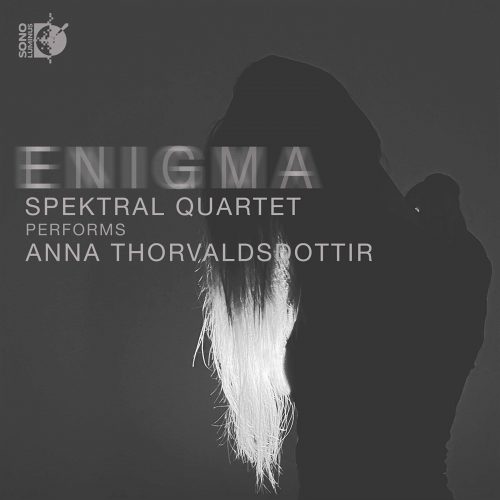 If you would, coax your mind back to a time when you believed ducking your head beneath the covers was ample defense against the bogeyman. Do you remember, in the haze of half-sleep, seeing something or someone in your room that didn’t belong? As you breathlessly flicked on the light, you were relieved to find it was only a chair lopsided with laundry, or a vacuum propped against the doorframe. That faint halo of light, surrounding this once sinister and now innocuous object, that is the penumbra – that permeable border between light and dark. This is the space where Enigma lives.

We’ve all been living in an in-between of sorts for the last year, haven’t we? Nothing quite as poetic as the blend of blinding light and unfathomable dark one encounters with an eclipse, an early touchstone for this composition it is worth noting. But we’ve done quite a bit of living in the grey area, which is broader than we thought. The thing is, traveling to Virginia to record this album was in some ways the first glint of hope on the horizon…well…that there was still a horizon.

This album is the result of a multi-year alchemy between the singular writing of composer Anna Thorvaldsdottir and the playing of three-time GRAMMY nominees Spektral Quartet. The first string quartet composed by Thorvaldsdottir, Enigma is simultaneously colossal and introspective, moving between heart-wrenching chord progressions and the scrapes and clicks of extended string techniques. A piece of profound emotional magnitude, Enigma provokes considerations of our relationship to the vast cosmos that surrounds us – and the infinite universe within.

In a conventional contemporary classical release, you’ve got two special entities to focus on in music. There’s the composer behind the piece, and then there is the performer. Sometimes they may be one and the same, but when the two combine to form a single, there is a new unique that’s born within.

There is nothing ‘conventional’ about the music of Anna Thorvaldsdottir. Who, when I met her in her hometown of Reykjavik, told me that she oft composes with a pen and paper, without ever hearing the result until it is performed. This is a staggering achievement, especially when one considers the complexity and span of textural direction on Enigma, her very first string quartet performed by three-time Grammy-nominated Chicago’s forward-thinking Spektral Quartet.

The voices on the three-movement piece sigh and howl, caress, and gash, cry out and whisper. Some scratching sounds inevitably give me goosebumps on the skin, the way the human nails kiss the chalkboard (I wonder what the articulation for those “notes” looks like on a sheet), as I imagine phantoms in the dark, their shadows on the walls and in between my bedsheets. There is a movement in the corner of my room, but when I look it’s gone, and only curtains slowly sway with their disdain and laughter.

This music is unnerving, ominous, and raw, and, once again, I wonder how these sounds can convey a real feeling. “Moving between heart-wrenching chord progressions and the scrapes and clicks of extended string techniques, Enima is a piece of profound emotional magnitude, provoking considerations of our relationship to the vast cosmos that surrounds us, and the infinite universe within.”

Released on the always boundary-pushing beacon of the neoclassical acoustic music, Sono Luminus, I recommend you play this album in HD audio.