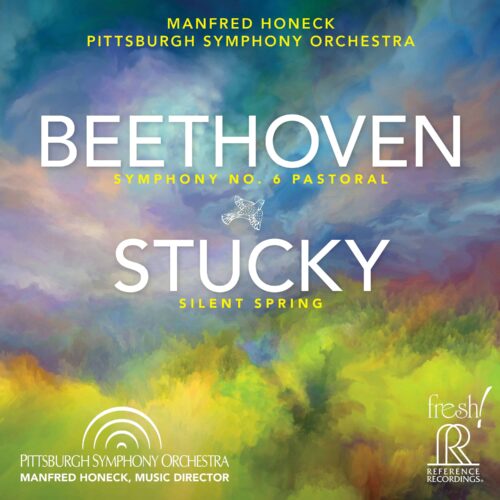 Reference Recordings proudly presents the beloved Symphony No. 6 “Pastoral” of Ludwig van Beethoven, with Steven Stucky’s “Silent Spring,” in exceptional performances from Manfred Honeck and the Pittsburgh Symphony Orchestra. “Silent Spring” was commissioned by the Pittsburgh Symphony Orchestra in honor of the 50th anniversary of the publication of the book “Silent Spring”, the seminal work by Pittsburgh native Rachel Carson. The music, like the book, can be heard as a call to action to love and to save nature and the earth.

This release is the thirteenth in the highly acclaimed Pittsburgh Live! series of Stereo and 5 Channel Surround Sound DSD releases on the Fresh! imprint from Reference Recordings. This series has received Grammy Nominations in 2015, 2016, 2018, 2019, 2020 and 2022. Their recording of Shostakovich’s Symphony No.5 /Barber Adagio for Strings won the 2018 Grammy Awards for Best Orchestral Performance and Best Engineered Classical Album.

As was reported by noted Beethoven biographer Anton Schindler, the Sixth Symphony was composed in the Nussdorf and Grinzing suburbs of Vienna, between which the Schreiberbach River flows. As Beethoven himself said, “Here I wrote the scene at the brook, and the yellowhammers up there, the quails, nightingales and cuckoos all around have also composed.” It is interesting to consider that Symphony No. 6, “Pastoral,” which Beethoven also called “Erinnerung an das Landleben” (“Recollections of Country Life”), was written at the same time as the iconic Fifth Symphony. Beethoven even counted the Sixth as the Fifth Symphony for a long time and both were premiered together in the famous four-hour-long Academy concert on December 22, 1808 at the Theater an der Wien with Beethoven himself conducting. As a pair of sisters, the two symphonies form a crowning conclusion to a very fruitful period. And while the two works are opposites in many ways, they also complement each other beautifully.

Audiophile Sound 3 out of 5

The easy-on-the-ear American composer Steven Stucky’s Silent Spring was inspired by a book of that name by Rachel Carson…This is great music and well-worth the price of the disc alone…The same qualities are found in the Sturdy, but here despite the percussion being almost inaudible in the coda you can still hear which instruments are playing and at the opposite end of the scale they are suitably frightening in River of Death.

The combination of these artists and this recording company are rapidly becoming compulsory purchases regardless of repertoire and this disc is no exception.

In typical fashion, Honeck re-interprets a warhorse in ways that are at once noticeable (some might say shocking) but also satisfying. Not many conductors have the street cred to reimagine masterpieces in the standard repertoire. But Honeck, an Austrian and former violinist with the Vienna Philharmonic, knows his stuff. Every one of Honeck’s recordings of major works in the standard repertoire is unique. I mean, what’s the point of recording another well-played version of Beethoven’s Third, Fifth, Sixth, Seventh or Ninth, or Brahms’ Fourth or Tchaikovsky’s Fourth if a conductor can’t offer something different and compelling?

I’m sure all conductors think carefully about the works they perform, even if they have performed them many times. With Honeck, however, one gets insight into how he thinks about the compositions because he writes the liner notes and describes in detail (with measure numbers and times on the recording) where he has the musicians in the orchestra play what. And, as he is wont to do with other interpretations, Honeck imposes his own ideas on specific parts of the pieces. But his ideas are informed, in the present case, by Beethoven’s own markings in the score and notes in his sketchbooks, as well as historical facts about Beethoven and comments from his contemporaries.

The differences in this recording are noticeable right from the start. The first movement, which Beethoven titled “Awakening of cheerful feelings on arriving in the country,” moves along at a faster clip than many other recordings. This relatively faster tempo, however, conveys the excitement of the person (Beethoven) upon arriving in the country. The other movements are equally satisfying, with dynamic changes and numerous places where Honeck allows individual instruments to stand out, which one rarely hears in other recordings.

On this album, Honeck pairs the Beethoven with Silent Spring by Steven Stucky. Stucky was commissioned by the PSO to compose Silent Spring to commemorate the 50th anniversary of the publication of Silent Spring by Rachel Carson who was a Pittsburgh native. Stucky’s Silent Spring is a one-movement tone poem which consists of four sections. Stucky titled the first section, The Sea Around Us, after Carson’s first book. The titles of the second two sections — The Lost Wood and Rivers of Death — were two chapters in Silent Spring, and the title of the final section is Silent Spring.

The pairing of the Beethoven with Stucky’s piece is obvious: both deal with nature and both are semi-programmatic. But where Beethoven’s expresses feelings of joy, Stucky’s is downright dark and despairing. One laughs while the other weeps, to borrow Brahms’ description of his two overtures, Academic Festival and Tragic. Stucky himself in the liner notes uses words like “desolate,” “somber,” “scathing” and “diabolical.” But then again, times are a lot different now than they were when Beethoven derived joy and peace from walking in the woods. We have the despoliation of nature due to human-caused climate change and habitat destruction.

I’m not sure I would recommend listening to the pieces in the order in which they are presented on the album. I, myself, would rather finish with the optimism of the Beethoven.

With this latest release, Reference Recordings continue to push standards beyond existing boundaries.

No matter how you look at it, Honeck’s Beethoven readings have never gone unnoticed. He has consistently managed to inspire his musicians to go to the absolute limit of their musical and technical competence. For me, he is the Mighty Master of musical precision, turning the impressive power of a large orchestra into a transparent and animated performance people usually associate with a chamber orchestra. A unique achievement only the very best can hope to accomplish.

Reference Recordings clearly have chosen not to spare any effort to produce the very best. That’s where Soundmirror comes in. Honeck and his musicians have been given the added advantage of the experienced assistance of maybe the best sound engineering in the world. No wonder my expectations were riding high when I got hold of this latest Reference Recording’s Beethoven release in the Fresh! series.

For Honeck, the 6th rounds up the first series of Beethoven’s symphonic output, counterbalancing everything expressed in the 5th. The second point worth mentioning is the devastating power of the thundering fourth movement.

Throughout the symphony, passion is omnipresent, be it in a positive or ominous posture. Honeck unravels with his musicians to infinite perfection a modern version of a symphony that is all too often, with a couple of bangs in the fourth movement, played in a programmatic countryside setting, omitting the underlying notion that ‘’Beethoven’s deep and living relationship with God is clearly evident through his worship of nature’’. (Honeck’s words).

Summing it up: This release is as striking as it is Honeck’s.

Like many classical music lovers I have several recordings of my favorite pieces. I have 5 or 6 recordings of Beethoven’s 6th. This one is now my favorite. I purchased the 2 Channel Stereo version.

Many recordings of a symphony sound nice, but all of the instruments seem to merge together – this recording is different. They did an excellent job of separating the strings, woodwinds and brass instruments. Each group of instruments sounds like they are in a separate space. A very engaging recording. 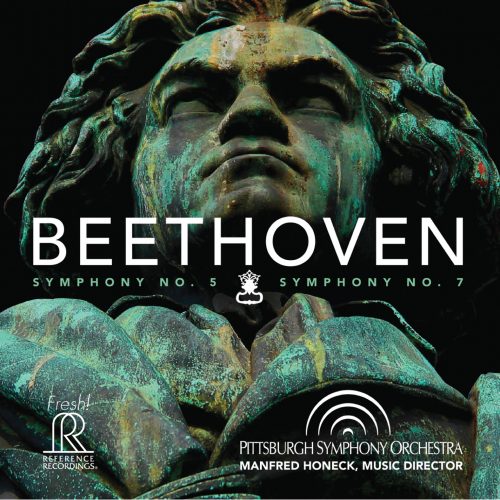 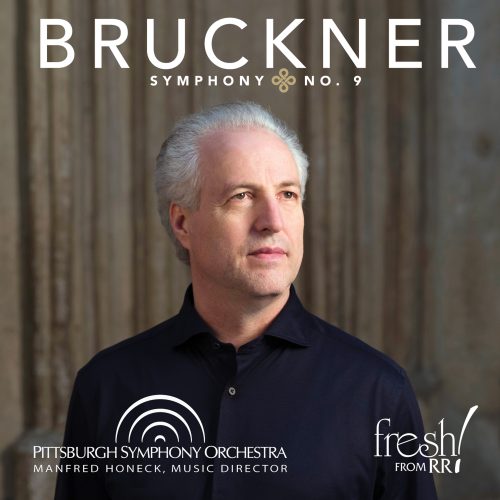 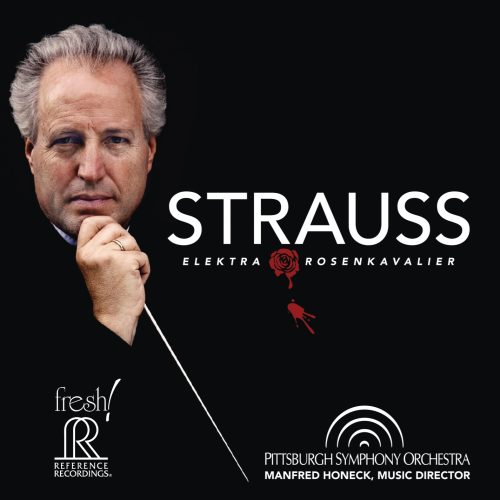 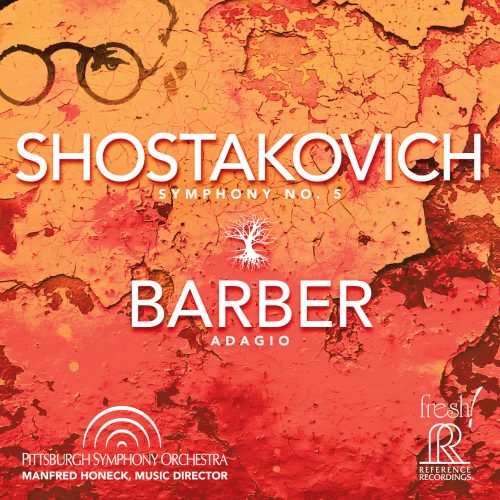 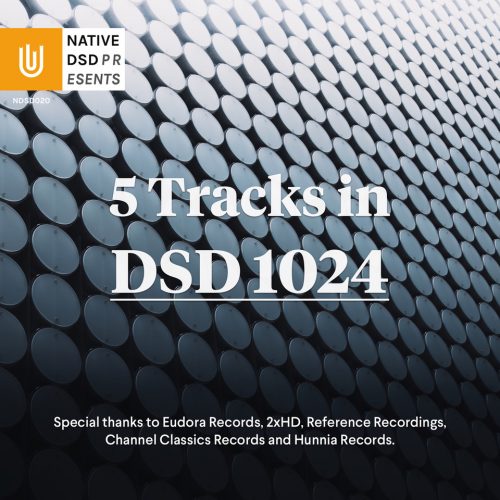