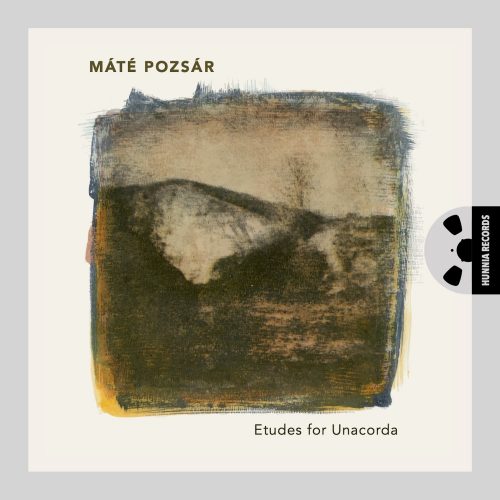 Unlike the piano, each note of the unacorda has one string. This sound is ethereal. It’s hard to understand its clear sound in musical textures with many notes, so unacorda is suitable for performing music with fewer voices. With my improvised etudes I tried to adapt to this property of the instrument. In my pieces I tried to create strict rules based on geometrical musical shapes and symmetries, and then I tried to play with these spontaneously. In addition to the small number of voices, the etudes are characterized by polymodality – the simultaneous sound of several modalities.

Máté Pozsár is a Hungarian jazz pianist, composer, and music educator from Budapest. He plays most improvised music or modern jazz with several bands and projects. As a music theory teacher at the Liszt Ferenc Academy of Music, he is a big fan of music theory. In his music, pure theory and spontaneous intuitive playing is always in balance. This recording is his first recording so far where he tries to implement this style.