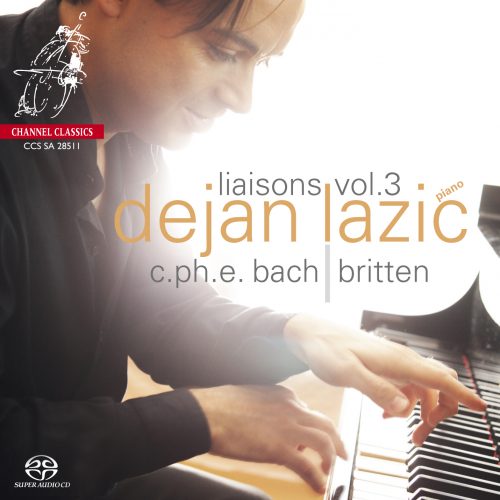 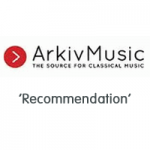 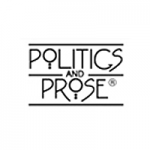 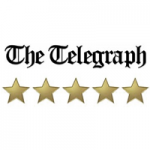 The word liaison can be translated in many ways: affair, affinity, connection, link, relationship, union.

The Albums in the Liaisons series each feature two particular composers, enabling us to explore their musical worlds, sources of inspiration and degree of influence. At the same time, the recordings reveal their most conspicuous differences and their common denominators. Some of these composers are not often heard together (for example D. Scarlatti & Bartók or C.Ph.E. Bach & Britten). However, when time barriers and stylistic differences are put aside, many similarities may be discovered: as if the dialect is different, but the language common. On the other hand, composers who we may imagine to be very similar, and easy to combine in any programme (for example Schumann & Brahms), reveal a whole new world of diversity and contrast when heard together.

Through a careful choice of composers and compositions on each CD, the Liaisons series offers a bright spectrum of colours, variety and dynamic range, challenging the listener anew with every release. The present third volume combines the very few original works for piano solo by Benjamin Britten with C.Ph.E. Bach’s Prussian Sonatas. Britten’s pieces, in all their minimalism, “unusual purity” (Arvo Pärt), perfect clarity and sometimes even emotionally restricted formality, contrast with the emerging Sturm und Drang atmosphere of Bach’s sonatas, with their freedom and variety of structural design, lucid style, delicate and tender expression, inventiveness and extreme unpredictability.

Carl Philipp and Britten go well together. The fruity sonatas (Wq 69, H 53 and Wq 65/42, H 189) move between Britten’s heavier compositions such as the Five waltzes opus 3, written by a boy only twelve years old, who nevertheless already had a good idea of how to put the nuts together in the smartest way.

Just like in Holiday Diary, from 1934, in which Lazic dreamily lets the distant horizon slide past (Sailing) and evokes an indefinable atmosphere (Night). The fact that things get along so well between the composers is mainly due to Lazic: he chooses the right hue for each piece and is not afraid to thicken the bass register a bit, while the right hand introduces twinkle tones.

it’s all about the alchemy that occurs when different sound-worlds, two centuries apart, collide. (…) This serendipitous liaison is made all the more cogent by the pianistic achievements of Lazic, whose magical touch invigorates the more impassioned moments, such as the Andante to Bach’s Sonata in D minor as well as in the mellifluous murmerings of Britten’s Night Piece with which the CD concludes. (…) Whatever we’re in for next, I hungrily await his next iconoclastic serving.

The ever inventive and exploratory mind of Dejan Lazic has once again led to the production of an unmissable SACD in the series of recordings for Channel Classics that he calls ‘Liaisons’. In this series (of which the disc under review is Vol.3) Lazic programmes the music of two apparently quite disparate composers and challenges us to listen with fresh ears to the various compositions involved. This idea might seem bizarre and fraught with difficulties, but such is the skill with which Lazic builds his programmes and the prodigious pianistic talent that he brings to the execution of them, the result is an unqualified triumph. (…) Those who have acquired Dejan Lazic’s two earlier ‘Liaison’ discs will need little encouragement to investigate the latest intriguing release by this phenomenal musician. Those who have yet to investigate ‘Liaisons’ have a real treat awaiting them.

Lazic plays with palpable heart, with genuine spirit that derives entirely from the music itself, with dexterity, subtlety and insight that make this recital thoroughly compelling.

Croatian pianist/composer Dejan Lazic, enjoying a distinguished career, has made a number of superb recordings for Channel Classics. (…) Performances are of the highest quality, and the solo piano is very well recorded.

Lazic’s fastidiously articulated fingerwork and his feel for CPE’s cultivated waywardness are persuasive.(…) Britten’s liaisons with solo piano might be small, but, as Lazic demonstrates, they’re perfectly formed.

This is a fascinating album well worth the investment, as all of the music will repay repeated hearing and give no end of pleasure. Channel’s hi-res sound is beautifully presented.

Serbian-born pianist and composer Dejan Lazic dazzles with great taste, phrasing, and a clear style of playing in this album of complementary works by C.P.E. Bach and Benjamin Britten. (…) Lazic truly understands the music, as is evidenced by his tasteful phrasing and slight rubati that create dramatic tension in the opening movement of the Bach Sonata in D minor. The turns and trills are lovely ornaments that simply roll off of his fingers, and throughout the sonata his sound is clean and bright. Lazic makes the melody flowing back and forth between hands in the final movement sound like a continuous stream of music. (…) Thanks to a clear, balanced recording quality, Lazic always sounds warm and bright; there is never any unwanted or excess noise in his playing. He is an intelligent artist who has chosen repertoire that is well suited to him and that makes an interesting program. (…) The fact that Lazic can evoke such a wide variety of emotions is a testament to his skills.

Dejan Lazi?’s decision to pair C. P. E. Bach and Britten on the same CD may be seen as either a bold venture or a combination of two composers too different for comfortable pairing. Either way, this CD’s content will challenge the listener. (…)
The Bach prestissimo piece here titled La Bohmer flies like a whirlwind, indicating Lazic’s superb technique and, more importantly, his wonderful sense of ‘binding’ phrases even at such a hectic pace…I found this to be a most enjoyable CD (…)

The Croation pianist is building up a valuable discography with Channel Classics, each new release characterised by unconventional programming and consistently winning performances. Anyone who has the nerve to transform Brahms’s Violin Concerto into an astonishingly convincing piano concerto must be a special talent. (…) Lazic’s unpredictable union works surprisingly well. (…) His feather-light despatch of the D minor Sonata’s last movement variations [C.P.E. Bach] almost melts into the first of Britten’s early Five Waltzes. (…)