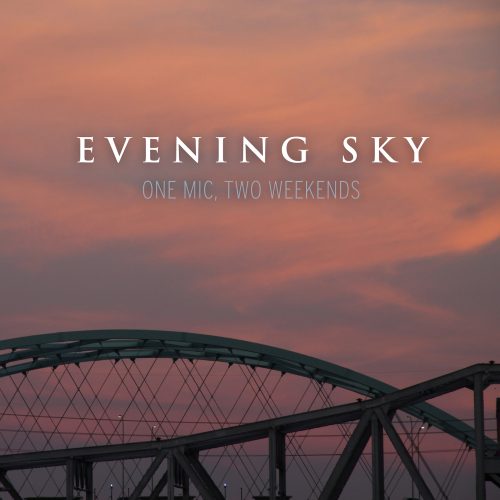 The album name says it all. One Mic, Two Weekends by Evening Sky was recorded with One Microphone over Two Weekends in 2020.

The first session was right before the COVID-19 pandemic hit. The other, a couple of months later – with masks on.  The group had released its debut album, a collaboration with different vocalists titled Guest Stars, early in 2020, and it wanted to approach the next one differently.

For this album of all original, instrumental music, the musicians gathered around just One Stereo Ribbon Microphone – an AEA R88 – in drummer Eric Hastings’ studio, The Grapevine in Providence, Rhode Island.  No headphones, no overdubs, and “mixing” themselves as they recorded. Additionally, the group members decided the best way to capture this sound was by recording direct to Stereo DSD 128, so the listener could feel like they were in the room with the band.

The result is an expansive yet intimate Americana-Jazz hybrid. The dancing interplay between Chris Brooks’ pedal steel and Gino Rosati’s electric guitar evoke comparisons to Bill Frisell and Buddy Emmons while the rhythm section of Hastings and bassist Joe Potenza lays down grooves that wouldn’t be out of place on a Little Feat or George Benson record.

Evening Sky describes its sound as “Everything from Pat Metheny to Patsy Cline; Coltrane to train beats.”  This set of originals confirms that the band is keeping that musical spirit alive.

Certain acts have a knack for combining classic elements to form a unique sound. This fusion of Jazz, Blues, Roots, and Country is Americana at its purest sonic form, and around Rhode Island very few acts pull it off as seamlessly as Evening Sky. The Providence-based instrumental quartet of guitarist Gino Rosati, bassist Joe Potenza, drummer Eric Hastings and Chris Brooks on pedal steel has a rhythmic and smooth approach.

This is evident in their new album, “One Mic, Two Weekends,” that came out on April 30. The title comes from the sessions the band did to create the album, with one session taking place in March of last year before COVID-19 shut everything down and the other happening a few weeks later during the last weekend of April in socially distanced and masked fashion.

It was all recorded at Hastings’ studio, The Grapevine, which is in Providence, Rhode Island. Geoff Hazelrigg handled the mastering at Collective Acoustics Lab in Chalfont, Pennsylvania. The process was done in an “old school” way, with each musician and their amps set in the same room around a singular stereo ribbon microphone.

This peculiar way of recording meant that there were no overdubs, no punching in, no editing and no mixing done after the initial session. The only modern inclusion in the process was that the sessions were captured by using Direct Stream Digital (DSD), a high-resolution audiophile format with a distinct quality that gives the listener a feeling of being in the room with the musicians.

Highlights within the eight-track album include “Snake Oil,” which mirrors that Chicago electric blues style that has both Rosati and Brooks standing out while playing their respective instruments; and “Slip n’ Slide,” which gets a bit funky, with Hastings forming the groove with his beats and fills on the kit. This track is a bit reminiscent of The Meters, with that New Orleans tinge appearing in various instances. Lastly, with a waltzy vibe, “The Hope Street Shuffle” is the type of song that rolls along while exuding a chill, sly tone.

2 reviews for One Mic, Two Weekends (One Microphone Recording)

I purchased this album as, having read the comments in the website, I felt it was worth trying something different from the kinds of music I normally listen to. Also, I was attracted to the fact that it was available as DXD 32 bit/352.8kHz, which from previous experience with NativeDSD, was guaranteed to result in a stunning recording. This has certainly proved to be the case, although I should perhaps mention that my JRiver Media Center 27 program on my laptop describes the file type as WAV! No matter, the album is not only spectacularly vivid in its clarity, it is also beautifully performed and the music, all unknown to me before, is tuneful. I particularly enjoyed the more contemplative tracks such as Montana Sky, The Hope Street Shuffle and especially Living on the Moon.

For those who might be interested, I appraised the album using my trusty Chord Hugo TT2 headphone amp and DAC, coupled with my Chord M-Scaler plus my Focal Utopia headphones and connected to an Atlas Zeno cable.

I also purchased this recording at its originally recorded resolution of DSD 128. I listen with a dCS Bartok with built in headphone amp driving balanced Focal Utopia headphones. It’s a nice recording. But sadly the drums and percussion sound way too far away from the mic. There is no high end on the cymbals and percussion sounds distant. That makes this one mic attempt good but not great in my view. The guitars are well recorded though. 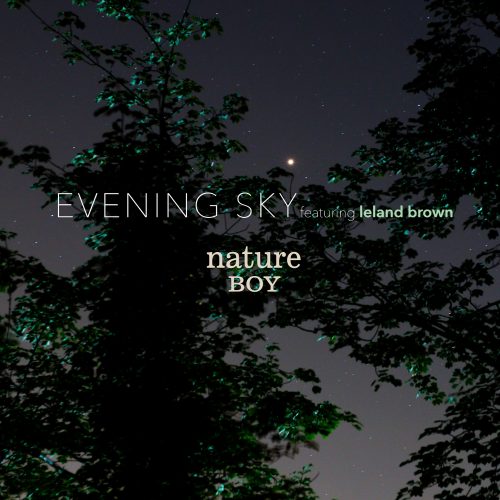