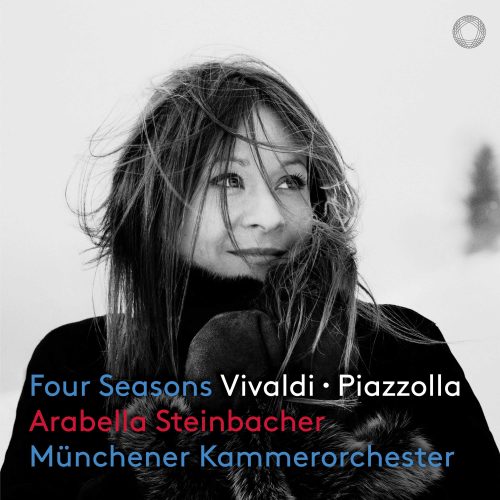 Lively Combination of Baroque and Tango – Exclusively Available in Stereo & 5 Channel DSD 256, DSD 128 and DXD plus Stereo DSD 512 at NativeDSD

In December 2019, NativeDSD teamed with Pentatone to bring our listeners a sneak preview of this album with an EP of Winter from Vivaldi’s Four Seasons.  Now we are proud to bring you this long-awaited album in full!

The enormous popularity of Vivaldi’s Four Seasons tends to make us forget the original and ground-breaking nature of these violin concertos. Coupling them with Piazzolla’s tango inspired Four Seasons of Buenos Aires makes both pieces sound fresher than ever before, thanks to Steinbacher’s personal engagement with the repertoire and the inspired accompaniment of the Münchener Kammerorchester. Piazzolla’s music is performed here in a new arrangement for violin and string orchestra by Peter von Wienhardt, whose Strauss song arrangements on Steinbacher’s previous album Aber der Richtige … (2018) were extensively praised by the press.

Arabella Steinbacher tells us “Vivaldi‘s Four Seasons is one of the most famous works in music history; nearly everybody knows at least parts of it. And to be honest, I was a bit hesitant to bring out another recording of it after all those hundreds that already exist. But then I thought: well, still this is my first recording of it!

It was my great wish to combine the Vivaldi with the completely different Four Seasons by Piazzolla as I love the passion, longing and melancholy in his music so much. My dear friend Peter von Wienhardt did a beautiful arrangement of it, and I am very happy to share this emotional journey with you.”

Arabella Steinbacher, a multi award-winner with an extensive Pentatone discography, is accompanied by the players of the Münchener Kammerorchester, who make their Pentatone debut.

This album is solid proof that there’s always room in your collection for another Four Seasons!

Given its ubiquity, we risk forgetting the heady originality of Vivaldi’s The Four Seasons. Until, that is, we hear it played by a dazzling interpreter.

Every violinist wants to tackle these four-concertos-in-one, but keeping them fresh is a challenge. The German violinist Arabella Steinbacher was hesitant before going into the studio, “but then I thought, well, still this my first recording of it!”.

We should be glad she went ahead. Her Four Seasons (Pentatone) with the Munich Chamber Orchestra is intercut with Astor Piazzolla’s Four Seasons of Buenos Aires, written between 1964 and 1970. It’s an invigorating solution. Both soloist and ensemble approach the contrasting styles – baroque energy and bluesy Latin passion – with supple mastery, bows biting into strings, rhythms accentuated, a mood at times aggressive. Vivaldi’s Summer, with its rushing storms and prickly, insect-ridden heat, sounds more than usually wild, with Steinbacher fearless in the rapid, high-flying outbursts. What a player. 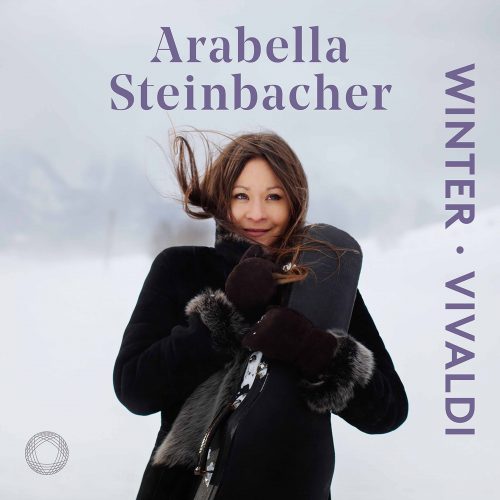