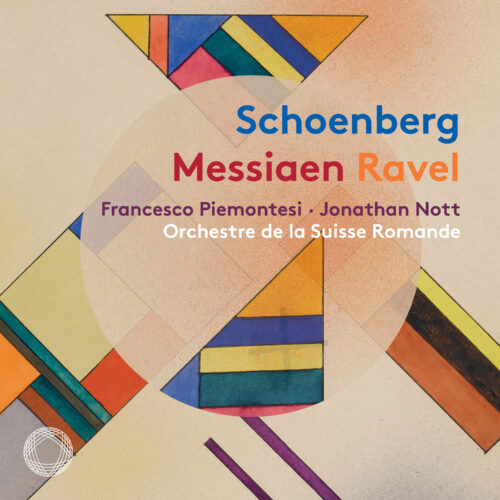 Ravel’s Concerto in G Major (1932) was his most successful attempt to integrate elements of American Jazz into his own musical language. Schoenberg’s Piano Concerto (1942) was composed in Los Angeles, where Schoenberg was exiled after fleeing Europe. Messiaen’s Oiseaux exotiques (1956) took as its main source of inspiration a series of gramophone records of American birdsong.

A brilliant example of music and sound serving the ‘niche’ crowd

Dazzling Ravel From A Swiss Whizz

If I tried to count the recordings made of Ravel’s Piano Concerto in G major since its premiere in 1932, I’d need all my fingers and toes, plus some borrowed from two other people. One finger would suffice, however, for counting the times that Ravel’s jazzy creation has shared an album with such an unlikely, gnarled bedfellow as Schoenberg’s concerto of 1942, with Messiaen’s idiosyncratic bird kaleidoscope Oiseaux exotiques acting as a buffer.

The booklet notes attempt to forge a link by suggesting an American connection, either in inspiration or place of composition. Forget that. What really pulls the crazy trio together — well, two and a half of them — is the opportunity for the classy Swiss pianist Francesco Piemontesi to be winningly propulsive, nimble and precise.

There’s a similar drive and clarity about Messiaen’s parade of spangled bird calls, further enhanced by a vivid recording notably skilled at documenting the giant reverberations of a tam-tam.