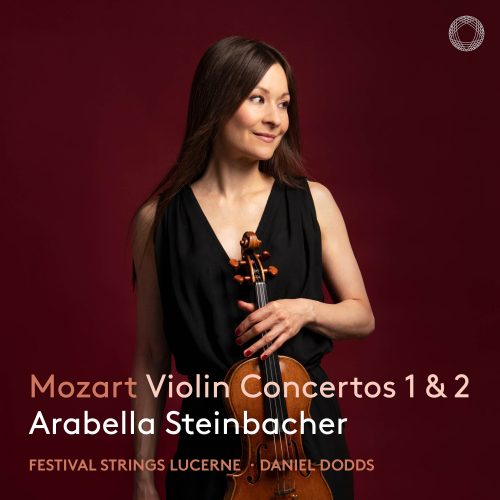 After having recorded Mozart’s last three violin concertos in 2014, Arabella Steinbacher, the Festival Strings Lucerne and its leader Daniel Dodds now complete the cycle by presenting Mozart’s less well-known, but equally enchanting Violin Concertos 1 & 2, together with his Adagio in E Major and Rondos in C Major and B-flat Major.

Steinbacher plays the cadenzas by Wolfgang Schneiderhan, who co-founded the Festival Strings Lucerne in 1956. Another exciting aspect of this album is that she plays for the first time on the „Ex Benno Walter“ Strad from 1718.