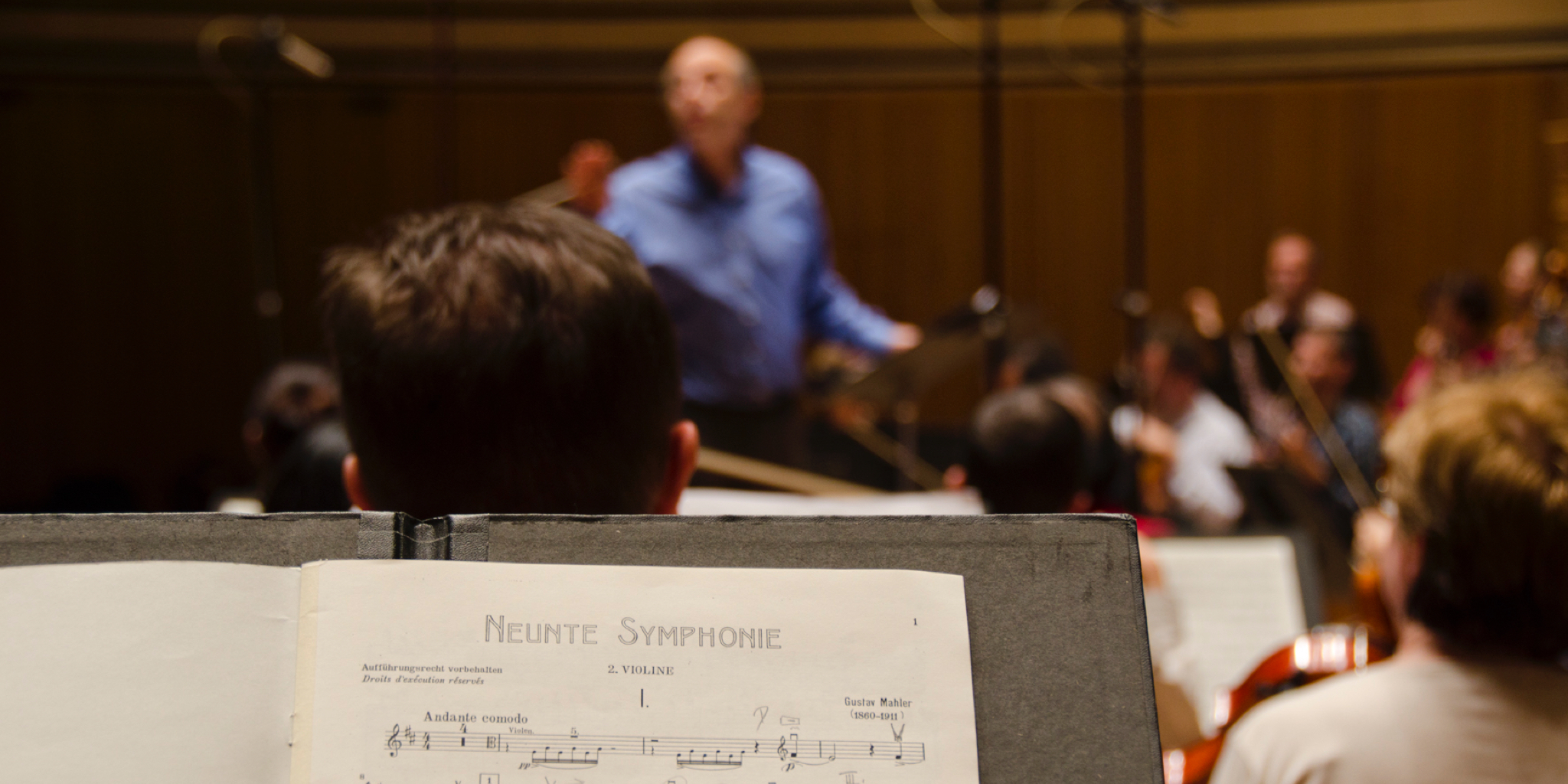 Ah, the opportunities! With so many albums to choose from! Here I share a few ideas, these are some of the classical works, interpretations and recordings that I admire most.

How about a complete Beethoven Symphony cycle from Jan Willem de Vriend on Challenge Classics?  Everybody has some favorite Beethoven conductors, but I can’t imagine anyone being disappointed with these, plus the recording quality is superb.

Or you could go with an old pro — the complete Beethoven cycle from Bernard Haitink on LSO!

And talk about the best!  Don’t forget the amazing Mahler Symphonies and Das Lied von der Erde from Ivan Fischer and his Budapest Festival Orchestra!  For me, these are unsurpassed in every way.

More vivid music in incredible sound!  These complete recordings of Prokofiev’s Romeo and Juliet from Gergiev with the LSO, and Petrenko with the Oslo Philharmonic are both incredibly satisfying.  Sometimes I think one is the best, then a few days later it’s the other one.

And you’ve got to hear Prokofiev’s Alexander Nevsky cantata from Thierry Fischer and the Utah Symphony.  The great recordings of the past never sounded like this one!  The multi-channel version is demonstration class!

Sir Simon Rattle’s recordings of the Rachmaninoff Symphony No. 2 with the London Symphony Orchestra has been very well received.  It’s a very strong performance that may surprise you.  It certainly surprised me!

The release that surprised me most so far this year is Sir Antonio Pappano’s blistering accounts of Ralph Vaughan Williams’ Symphonies No. 4 and No. 6. Pappano will be the next Chief Conductor of the LSO. These two symphonies are unlike anything else from Vaughan Williams, and these performances make them stand apart even more.

Then there’s Manfred Honeck and the Pittsburgh Symphony!  His Beethoven, Tchaikovsky, Strauss, Shostakovich, and Dvorak releases have all been giant-killer performances, perfectly recorded by the Sound Mirror engineers. World-class performances recorded by some of the very best musicians. What more could you ask for. Here are some that really impressed me.

Or how about a few others you may have missed–

When I was about 9 years old and taking piano lessons, the first thing I learned to play from memory was one of Bach’s little Preludes. That’s when I learned that Bach was not some stuffy old guy with a beard; he bent the rules. He did the unexpected, even in that little Prelude! You can count on Channel Classics for the best in Bach including this from Marie Stockmarr Becker, Viola, and Ilaria Macedonio, Harpsichord. These Sonatas for Viola (Da Gamba) and Harpsichord have reminded me of what Bach is all about. Delightful listening!

And speaking of Bach.. Rachel Podger and Brecon Baroque reveal The Art of Fugue.

Even if you are not a fan of organ music, I urge you to listen to the samples of this one.  Clarinetist Ruslan Schmelkov and Organist Egor Kolesov– plus a guest appearance from Organist Jean-Paul Imbert–  in two major works by Danish legend Carl Nielsen, his Clarinet concerto, op.57 and ‘Commotio’, op. 58 for organ. And there’s a lot more from a dizzying variety of composers!  Shostakovich, Sibelius, Rachmaninoff, and even Arvo Pärt’s Spiegel Im Spiegel.

It turns out that the clarinet is a perfect companion to the organ. I’ve been enjoying this album often!

Few composers can say so much with a piano as Debussy —  And Michael Lewin is superb in this selection of Debussy pieces.  I especially like La cathedrale engloutie  (The Engulfed Cathedral).  The intimate quality of this recording draws you in.  So, yes! You really do need some more Debussy, especially when Debussy sounds this “right”.

Carlo Ponti proves to be a very fine conductor with the Russian National Orchestra and this showcase of Rimsky Korsakov’s most colorful and poplular works. Ponti gives Scheherazade an almost grand opera feeling.  I find it and the Capriccio Espagnol to be among the very best I’ve heard.  I also think the Pentatone engineers have exceeded all expectations in how well they’ve captured these performances.

Also available, and just as good:

What do you think — is having a world-famous mother a help or a hindrance in achieving fame as a conductor?

The bottom line is that with so much great music, from mainstream to out of left field, from huge orchestral productions and opera to intimate chamber works, from classics to jazz!  Enjoy exploring my recommendations — and the other 2.000 albums that are available from the NativeDSD Music Store.