Confessin’ That I Love You 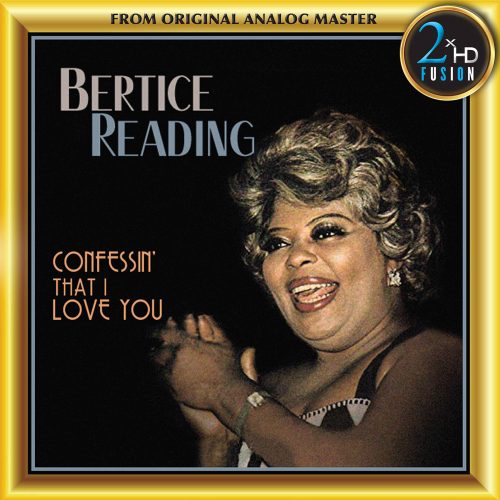 Bertice grasps and captivates each member of the audience in this album which was recorded in 1974, in a jazz club with no footlights to lend formality and distance.  She was better known in England where she was based for most of her career, than in her native USA although she earned a Tony Award nomination for her Broadway performance in William Faulkner’s Requiem for a Nun and appeared in the movie version of Little Shop of Horror.   Adept at a whole range of musical styles, from gospel to blues to musical comedy, in addition to her talent, Reading also had a striking appearance and a renowned sense of humour.

She’s a discovery for us at 2xHD and hopefully you’ll enjoy her as much as we do.

1 review for Confessin’ That I Love You

So much better than the most perfomances in this genre today!! Groovy and cool!