Eric Vloeimans (Huizen, 1963) is an improvising trumpeter and composer who regards the term ‘jazz’ as too limiting to describe his music. His work is characterized by melodic and lyrical power, and a distinctive, individual sound that is called velvety or whispering in the more subdued pieces.

Between 1982 and 1988, Vloeimans studied at the Rotterdam Conservatory; classical trumpet at first, later the jazz course. In 1989 he took lessons in the US with Donald Byrd and formed part of the big bands of Frank Foster and Mercer Ellington.

In the early Nineties Vloeimans was regarded as a member of a younger generation of musicians who combine bebop with influences from rock and free improvisation, such as Michie  Borstlap, Benjamin Herman and Yuri Honing. In 1998, the Edison-winning Bitches and Fairy Tales was released, recorded with pianist John Taylor, bassist Marc Johnson and drummer Joey Baron. Taylor is also featured on Umai from 2000. In 2001, Vloeimans won the coveted Boy Edgar Prize, and in 2001 the Bird Award of the North Sea Jazz Festival. The CD’s VoizNoiz 3 (with Michel Banabila, 2003), Summersault (with Fugimundi, 2006) and Gatecrashin’ (with Gatecrash, 2007) were also awarded Edisons. In addition, Eric was recipient of the Elly Ameling Prize as well as the Golden Nutcracker (2011)

From 2006/2007 Eric Vloeimans has been active with two much-praised formations: the chamber jazz trio Fugimundi (Anton Goudsmit guitar, Harmen Fraanje piano) and the electric band Gatecrash, in which rock and funk elements can be traced (Jeroen van Vliet keyboards, Gulli Gudmundsson bass, Jasper van Hulten drums). With the latter group, he employs electronic effects in his trumpet playing for the first time  In addition, he continues to develop other projects, such as the band Oliver’s Cinema with accordion player Tuur Florizoone and cellist Jörg Brinkmann (CD available from August 2013, and a US tour in October 2014) , and a duo with pianist Florian Weber, with a CD release: Live at the Concertgebouw in 2011.

His broad range of interests has led Vloeimans to collaborate with artists from other musical worlds. In the pop music area, these include Fay Lovsky, Doe Maar, Spinvis and trumpeter Kyteman (Colin Benders). Kytecrash, the combination of the latter’s hip-hop band and Gatecrash, resulted in successful performances and a CD in 2011. He will be performing a series of concerts with British classical pianist Joanna MacGregor in the winter of 2013/2014. 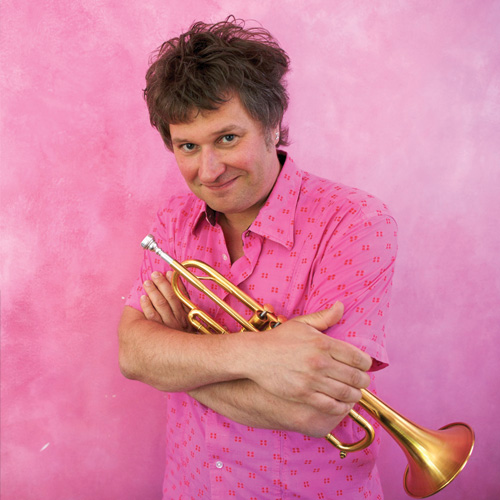