Since his debut in Montreal’s jazz scene at the end of the 1980s, Frédéric Alarie has incessantly deepened and enriched the art of stand-up bass. Reputed as a great builder, he relishes in deconstructing jazz’s conventional scaffolds in order to erect new ones. His play is fluid, sensitive and audacious indeed.

He has played with Bernard Primeau, Lorraine Desmarais, Jean-Pierre Zanella and Yannick Rieu, to name only a few. Invited to play from Canada to China, by way of France, Belgium, Denmark, Austria, Germany, Poland and the United States, he has left his indelible mark as a top-notch bassist. He has had the great fortune to play alongside notable artists such as Oliver Jones, Ranee Lee, Sheila Jordan, John Abercrombie, Joe Lovano, Renaud Garcia-Fons, George Benson, Salvator Adamo, Nathalie Dessay, Charles Aznavour and Michel Legrand. And he has formed his own ensembles such as Frédéric Alarie & Basse Section, or more recently the Frédéric Alarie Quartet, Trio and Duo.

Frédéric Alarie is one of the most sought-after stand-up bassists in Canada. He has recorded on 34 albums as an accompanist-soloist, and has played on about sixty other albums as a guest ; several of these albums have received awards, including the FELIX and JUNO AWARD. As a composer, Frédéric Alarie has nine albums under his belt, all of which have been greatly praised by critics. 1997’s Vision album, along with the Basse Section ensemble, was nominated for best jazz album of the year at the ADISQ. That same year, Saison Jazz Montréal named him the Discovery of the Year. In 1998 he won the Trébas Jazz Award.

Frédéric Alarie amazes by the colour, depth and audacity he puts forward in his work : as a musician, composer or soloist, he constantly pushes the limits of both his own expression and of jazz itself. 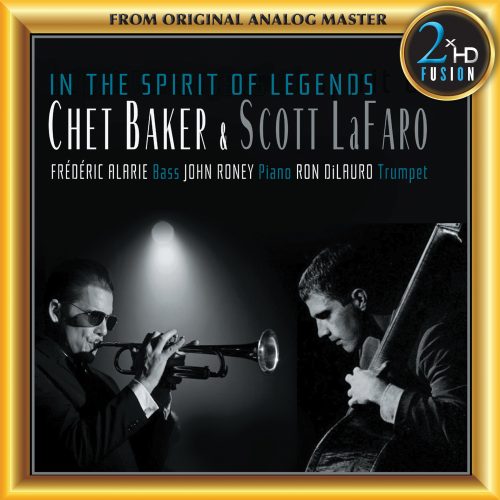 In the Spirit of Legends – Chet Baker & Scott LaFaro