Jacqueline’s evocative playing infuses the oft-aired soundtracks of Ken Burns’ films, including his Grammy-winning Civil War, Baseball, Lewis and Clark, Mark Twain, The War and The National Parks, as well as the PBS documentary The Irish in America and others.

She performed at the White House for President Clinton, and she has accompanied Scottish singer Jean Redpath on public radio’s A Prairie Home Companion and on CBS’ Late Show with David Letterman.

She recently collaborated with The American Pops Orchestra, for their Oct. 29, 2022 American Roots PBS special. As a solo pianist, she has performed vintage American music in almost every State of the Union. In concert, Jacqueline enjoys sharing her wide repertoire of familiar old tunes, what Mark Twain would have called “remembrancers,” and speaking about the power of music to transport us into our own past and on to new horizons.

She spins musical stories out of the multicultural strands woven into the American quilt. Her playing can evoke an 18th Century ballroom, an Appalachian ballad on the front porch, a Civil War-era parlor, a gospel church, a ragtime piano bar and a bluesy nightclub—as well as a fin-du-siecle Parisian café, a 1915 Brazilian dance hall, a ceilidh in the Scottish Highlands, a Jewish wedding and more.

She transforms this music with her personal touch. Her from-the-heart music making stems from her childhood in Pittsburgh’s “melting pot” and later life in Boston. Her up-tempo tunes lilt from her decades of playing with the Bare Necessities quartet and others for many genres of dancing. Her reflective solo pieces resonate with heart and breath.

Jacqueline has taught piano, improvisation and dance music at workshops throughout the United States. She also enjoys working with individual students, with whom she collaborates to grow their listening and playing skills, their musical understanding, and, most of all, their confidence and passion for playing.

She has released four solo albums and has a fifth scheduled for 2022. She graduated from the New England Conservatory in Boston, majoring in piano improvisation. After years of living on Cape Cod, she has recently moved back to Boston. 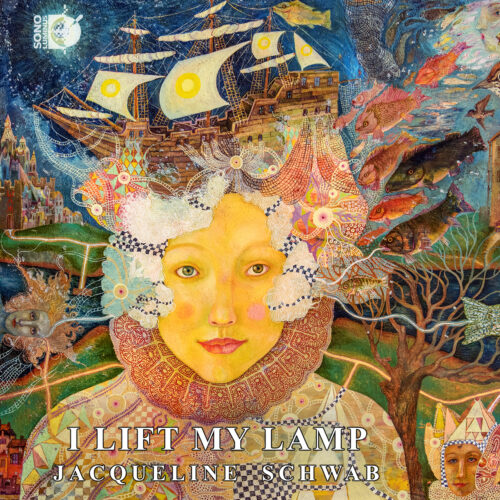 I Lift My Lamp