Mélanie Barney is a virtuoso musician and an artist of great sensitivity. With an affinity for the orchestral repertoire as fervent as her attachment to the organ, she has successfully breathed new life into the instrument through her passion for transcriptions and made the organ more accessible to audiences via her frequent detours from the beaten path. For her, the organ is an orchestra, and critics are unanimous in praising her talents as a true colorist: rigor and ingenuity are brought to bear in selecting and blending the various sounds of the organ with a view to exploiting its multiple possibilities.

A 2001 graduate of the Conservatoire de musique de Montréal, where the jury unanimously awarded her a first prize with great distinction after her organ studies with Jean Le Buis. The recipient of grants from the Wilfrid Pelletier, Conseil des Arts et des Lettres du Québec, McAbbie, Les Amis de l’Art and Musicaction foundations, Mélanie Barney has also been a finalist and prize-winner at various musical competitions.

Mélanie Barney is president of Les Amis de l’orgue de Montréal since 2017. An accomplished musician, a soloist and a sought-after accompanist, Mélanie Barney enjoys a thriving career as a concert performer in Canada in addition to appearing in France, Belgium, Germany, Italy, England, China, Luxembourg, and the United States.

A member of the jury for the American Guild of Organists in 2017 at the regional youth organist competition, she was also on the jury of the Lynnwood-Farnam competition in Montreal for the 2018 edition, the oldest competition of its kind in Canada. Nominated with the Buzz Brass ensemble for a Classical Album of the Year award at the 2010 ADISQ Gala for their brass and organ version of Holst’s The Planets, she was back in 2012 with The Power of the Organ 2, the first solo album in her career, which was warmly received by North American critics.

Titular organist on the Casavant instrument at Saint-Jérôme Cathedral in the Laurentians, she made a recording there called Après un rêve, a disc of romantic repertoire for violin and organ that was released in 2015.

A new album for organ and cello, who was recorded in Paris with Audio Note Music, will be launched soon. In 2018, she founded the Laurentians chamber music festival.

In 2016 she performed on the Grand Orgue Pierre-Béique at Maison Symphonique de Montréal with the Orchestre Métropolitain in Janáček’s Glagolitic Mass under the direction of Austrian conductor Christian Arming. In august 2018, she gave 9 recitals in many cities of France and England, among other at St-Paul’s Cathedral in London and St-Eustache Church in Paris. 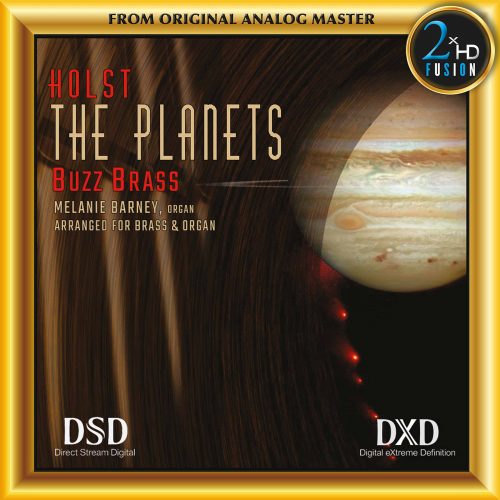 Holst: The Planets (Arranged for Brass and Organ)