Composer, musician, scholar, interpreter of the Jewish musical tradition, translator and writer, Miriam Meghnagi was born in Tripoli from an ancient Jewish family. She arrived in Italy in 1967 and studied in Rome, at the La Sapienza University, where she graduated in Philosophy and specializes in Dynamic Psychology and Ethnomusicology. Translator from English, French and German for Savelli, Città Nuova, Marsilio.

Her essays have been published in collective volumes published by Bulzoni, Garzanti, Nicolodi, Dedalo and in magazines such as “Praxis” and “Noi donne“. For the cinema she composed the soundtracks of several films, including Carnation Eggs by Silvano Agosti, Flows of Conscience by Giorgio Pressburger, The Passion of Giosuè l’Ebreo (2005), Rosso Malpelo (2007) and Il cavaliere sole, all by Pasquale Scimeca.

For the theater she wrote and performed the play, And You Will Choose Life, inspired by the Shoah and by Primo Levi’s book If not now, when.  She is the author and interpreter of the song Yonati Tammati, the first theme song of the Rai 2 program “Sorgente di vita” characterized by animated graphics by Emanuele Luzzati.

She is an attentive and critical connoisseur of the Jewish and Mediterranean musical heritage. She composes traditional songs and writes new interpretations, drawing on both the Yiddish repertoire and the Sephardic repertoire. She sings in Hebrew, Arabic, Yiddish, Italian, Judaism, Bagitto, and other languages. 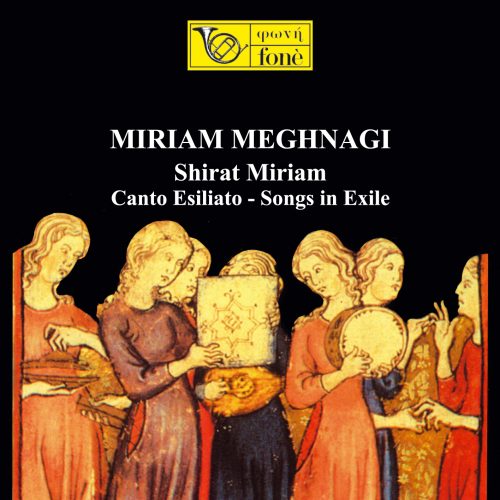