He began his concert career in the wake of awards in National Competitions (Treviso) and internationally prestigious, (Busoni, Ciani, Chopin) and with the admiration and esteem of artists such as Rostropovitch, Ferrara, Ciccolini. His recitals in Europe (Germany, Poland and Switzerland) and in the United States of America (Salt Lake, Cleveland, Akron, Los Angeles, Fresno, etc) always have wide acclaim from critics and audiences. Particular attention is paid to unusual repertoires, in collaboration also with renowned soloists and conductors (Ferro, Friedman, Haronovitch, Biscardi, Gusella) and with European and American orchestras; and together with Michael Flaksman, Ruggiero Ricci, Angelo Persichilli, Felix Ayo and Nina Beilina, chamber music becomes an occasion for multifaceted and fascinating musical proposals. He collaborates with prestigious singers such as Ricciarelli, Devia, Colaianni in liederistic and lyric recitals and often with vocalists such as Antonella Ruggiero and Mariella Nava. Holder of a chair at the Piccinni National Conservatory of Bari since 1973, called by the then Director Nino Rota, Pierluigi Camicia is the master of a group of talents already in the limelight of international concertism. He has recorded music by Chopin, Giuliani, Rota, Grieg, Brahms, Franck, Faurè and Van Westerhout for Farelive, Abegg and Bongiovanni. He was Artistic Director of the Association AUDITORIUM of Castellana Grotte since its foundation, in 1974, Association that produces and organizes chamber and symphonic concerts and operas, also in the form of Teatrodanza, operine for boys, represented in many Italian theaters (Belli a Spoleto, Ragusa, Syracuse, Catania). In 2002 and 2003 artistically directed the “Talos Jazz Festival” in Ruvo di Puglia, one of the most important Italian Jazz Festivals, hosting artists such as Giorgio Gaslini, Uri Caine, John Taylor and other famous Italian and foreign performers. Since 2003 he is Artistic Director of the Camerata Musicale Salentina of Lecce, the most important Salento Music Association. He holds Masterclasses of piano and chamber music for Universities in USA (BWYU – Provo – UTAH, CSUF – Fresno – CALIFORNIA, WESLEYAN COLLEGE – Macon – GEORGIA, etc.) and in Hochschule in Germany, France, Croatia, Poland. He has played for important Theaters, Orchestras and Concert Associations in Italy and abroad, including La Scala in Milan, Carnegie Hall in New York, Oriental Art Center in Shanghai, Teatro Verdi in Trieste, L’Ente Lirico Sinfonico in Cagliari, the Bellini of Catania, La Fenice of Venice, the Petruzzelli Theater in Bari, and regularly in Germany, Spain, France, Poland. In 2000 he received the “NELO BRENI” Music Award. In 2007 he was appointed by the Minister for the University, “for merited fame” Director of the Tito Schipa Conservatory of Lecce. (google translate form original Italian artist bio) 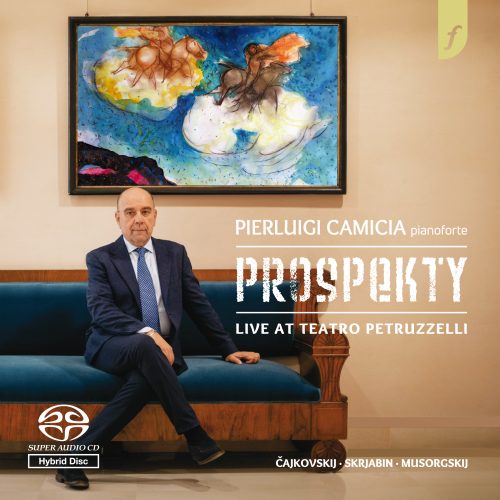