Giampaolo Casati: Born in Genoa in 1959, where he awarded a diploma at the Paganini Conservatory in 1985, he has been performing as concert artist, music teacher and Big Band/Combo Jazz arranger since several years. First remarkable collaborations start in 1980: among them Gianni Basso’s A.T. Big Band, Tullio De Piscopo’s Quartet and Giorgio Gaslini’s Octet. In 1991 he lead a drumless trio, with Rosario Bonaccorso as bass player and Alessio Menconi as a guitarist. In the same year he and Piero Leveratto formed the Bansigu Big Band and he assumes its leadership. During these years he has played in festivals and concerts all over Europe, USA, China and Japan playing with several of the most important American jazz men including: Benny Golson, Lee Konitz, Clifford Jordan, Ben Riley, Joe Lovano, Slide Hampton, Steve Lacy, Jimmy Cobb, John Hicks, Carla Bley, Steve Swallow. In 2002 , 2006, 2009 was touring around Europe with the Carla Bley big band playing in the biggest festivals and recording the two last CD of the band. He has recorded about sixty records, three of them as solo artist and two as conductor of the Bansigu Big Band. Moreover he has taken part in several radio and TV programs and in the recording of soundtracks for movies and plays. He his teacher at Italian conservatory Giuseppe Verdi in Torino, was teacher and conductor at the Louisiana Jazz Club music school in Genoa and at the International Siena Jazz training courses; at the ???N. Paganini??? conservatory he has taught Jazz orchestra practice and has held several seminars in Italy, at Marseille Conservatory in France and at the North Carolina Duke University in USA. Since 1999 he has been Art Director and teacher of trumpet, jazz improvisation and big band at the Giuseppe Conte Music School of Genoa where he also conducts the Conte Big Band. In 2007 he found the ConteYouth Big Band which won the first prize at the international orchestras contest Victor de Sabata in S. Margherita Ligure. ======= Riccardo Zegna: Zegna was born near Turin into a family of musicians. As a very young child he toured northern Italy playing the congas in the Zegna Big Band of his father Ilario. At the age of 5 he also started playing drums, and at 13 began studying classical piano. In 1970 he gained a diploma from the Nicolo Paganini Conservatory in Genoa, and began consequently performing in piano recitals. In 1976, after performing in countless jam sessions at Turins “Swing Club” or Milans “Capolinea” club, Zegna then starting dedicating his career to jazz. The late 1970s and 1980s saw him collaborating with various musicians including Buddy Tate, Eddie “Lockjaw” Davis, Sweets Edison, Bob Berg, Bob Haggart, Gil Goldstein, Lee Konitz, George Coleman, Steve Grossman and Kay Winding. In 1983 he played at the “Parade du Jazz” with Pepper Adams in Nice, France. He has appeared as sideman on numerous recordings and in 1986 appeared on the albums Alliance, Simbiosi and Disguise along with saxophonist Pietro Tonolo and Joe Chambers. In 1996 Zegna finally released his first solo piano album Andalusa to critical and artistic acclaim, and another soon after with a trio, entitled Green Dolphin Street. In 1999 he was invited to play with Paul Jeffrey at the Savoy Club in New York and at the Duke University in Durham, North Carolina. That same year he formed his own group with clarinettist Gabriele Mirabassi, where he was finally able to experiment with amalgamating chamber music and jazz, choosing jazz and classical musicians to perform his compositions. The result of this was the album Piccolo Valzer and soon after Barcarola, both for the Italian label Egea. Zegna has appeared at the Umbria Jazz Festival many times, either as sideman or with his own group. In 2002 he played for Radio ORF in Vienna. In 2004, again with Pietro Tonolo, recorded the album Oltremare, with Paul Motian. Another milestone for 2004 was his piano solo performance at the Southport International Jazz Festival. In 2006 he released his third album for Egea entitled Carillon. In 2007, he worked as arranger and pianist on the theatrical production of Marilyn Monroe in Jazz with the English singer Joanna. Photo: Paola Liberato 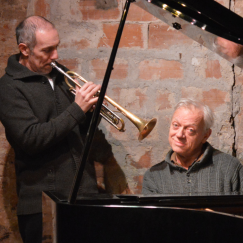 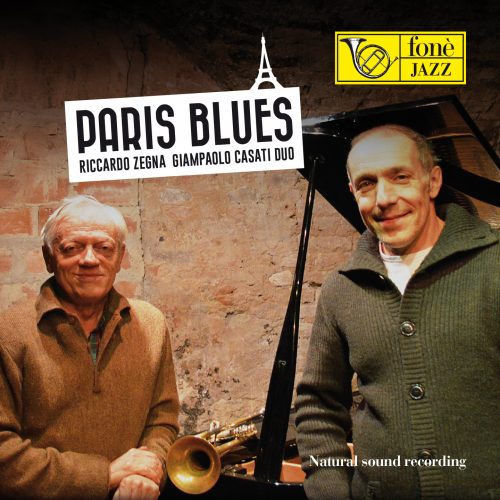