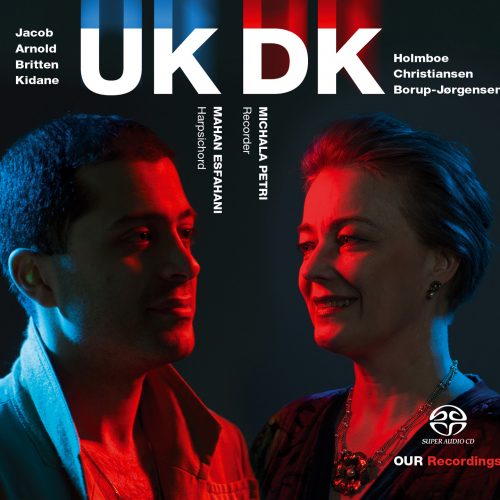 Nothing in life falls precisely into neat boxes, despite our best efforts to make things “fit”. Consider the two featured instruments on this recording. First, the recorder, which despite its relatively simple design, enjoyed near-universal popularity from the Middle Ages to the Baroque, played by prince and pauper alike. Then, there is the harpsichord, a marvel of engineering for its time; an extraordinary canvas upon which generations of composers wrote tone poems and toccatas, crafting contrapuntal mazes and virtuoso displays that still challenge the most skillful interpreter. But times and tastes change, and eventually, these quintessential representatives of the musical arts (along with most of their repertoire) were packed away, together with the powdered wigs and knee breeches for a long slumber during the 19th century.

Agora Classica 5 out of 5

“An inspired follow-up to the same artists’ recent Corelli disc, this pairs Arnold, Jacob and Britten with Vagn Holmboe and younger, lesser-known compatriots Henning Christiansen and Axel Borup-Jorgensen. Petri is as appealing as ever and Esfahani convinces utterly. Lovely sound.”

During the height of the Greek economic crisis, the 13th International Pharos Chamber Choir Music Festival on the island of Cyprus was in jeopardy of being cancelled due to the sudden loss of funding. Were it not for the passion and commitment of those artists who waived their performance fees, the festival would only have been remembered as another casualty of the austerity programs across Europe.

But for two of the artists, adversity fuelled a performance so compelling, that English Music critic Norman Lebrecht would describe their recital as a “A match made in heaven”.

The artists from that now legendary concert were rising star of the harpsichord Mahan Esfahani and reigning queen of the recorder, Michala Petri. So successful was their collaboration that they immediately set about planning future recordings and recitals.

The idea for this album and its unusual programme immediately suggested itself: “Michala is a Dane and Mahan lives in UK!” explains producer Lars Hannibal. And what better way to showcase their talents than with music from their respective homelands?

Focusing exclusively on 20th century repertoire – much of it composed especially for Michala, including a newly commissioned work from Daniel Kidane as well as CD premieres of works by Vagn Holmboe and Henning Christiansen – the duo offer a wide-ranging recital that fully exploits the expressive possibilities these two typically ‘Baroque’ instruments offer contemporary composers.”

“Although Malcolm Arnold wrote several pieces for Petri, ironically she and Esfahani play the engaging Sonatina (1962, with piano accompaniment originally). As with Britten’s Alpine Suite (1955), written as a recorder trio for an injured friend on a skiing holiday but given here in an arrangement by the performers, this is lighter music emphasising the recorder’s brightness. It is the Jacob Sonatina that hints at greater depth, while Henning Christiansen’s charming vernal diptych avoids the inconsequentiality of the Britten.

The warm heart of this superbly played programme is the Sonata (1980) by Holmboe, who, like Arnold and Jacob, wrote several works for Petri. Like all late Holmboe, light and peace are the pervading features of the three movements. A wonderful advert for this instrumental pairing and for virtuosity in general. Superbly engineered sound.”

“Michala Petri, fondly remembered by many as a child prodigy on the recorder, has formed a duo with the Iranian-born harpsichordist Mahan Esfahani. Their second album, as its title suggests, consists of music from Esfahani’s adopted country, the UK, and Petri’s native Denmark – nearly all of it written in the later 20th century as part of the recorder revival. The exception is a recent piece by Daniel Kidane, Tourbillon, which is named after a component of a watch and moves with mechanical precision before running down at the end.

Britain is also represented by Malcolm Arnold’s well-crafted Sonatina of 1953, Gordon Jacob’s fluent Sonatina (and an Encore for Michala exploiting her ability to sing one tune while playing another), and an arrangement of Britten’s unassuming Alpine Suite. The Danish works are Henning Christiansen’s fresh and lively It is Spring, with hints of birdsong on sopranino recorder, Vagn Holmboe’s Sonata, idiomatically written for both instruments, and Axel Borup-Jørgensen’s Fantasia, mildly modernist in its textures and gestures.

Throughout the programme, well recorded in a Copenhagen church, Petri plays with immaculate tuning and finger technique, crisp tonguing and well-shaped melodic lines; Esfahani matches her with well-judged colours and phrasing.” 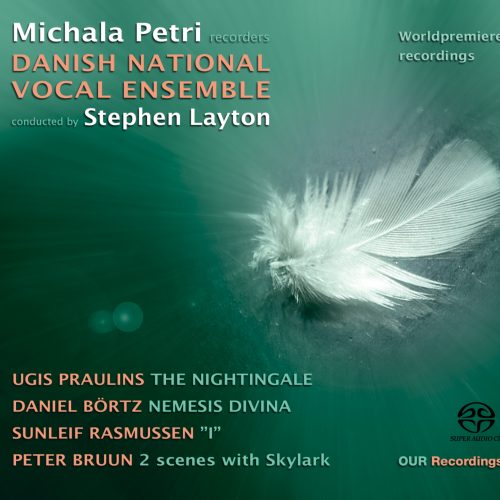 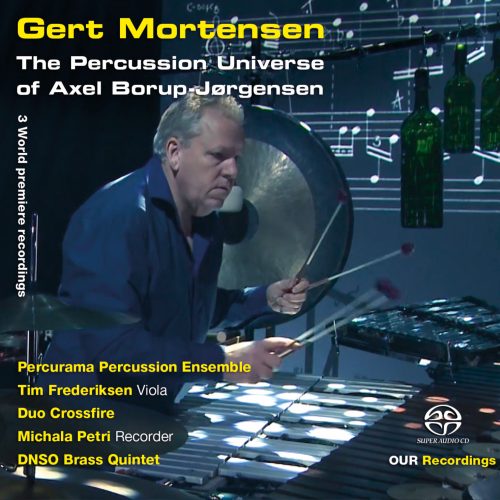 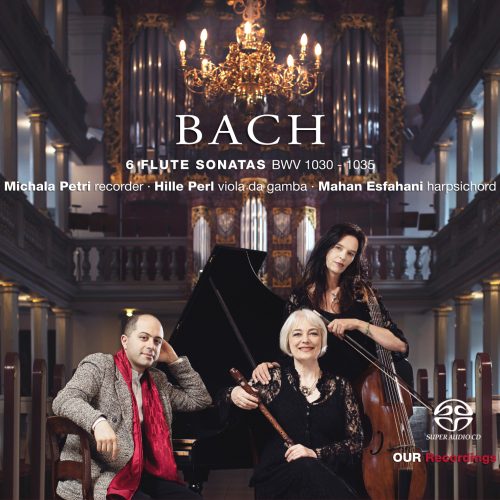 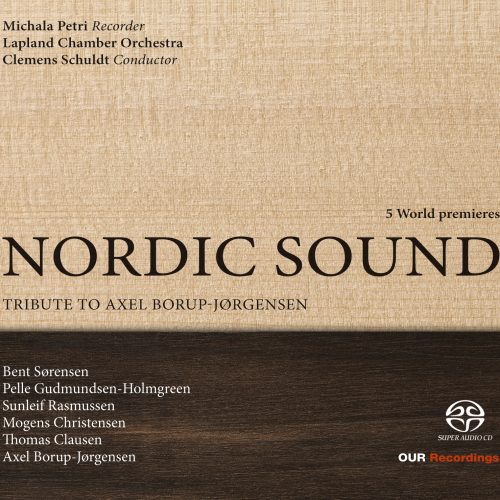