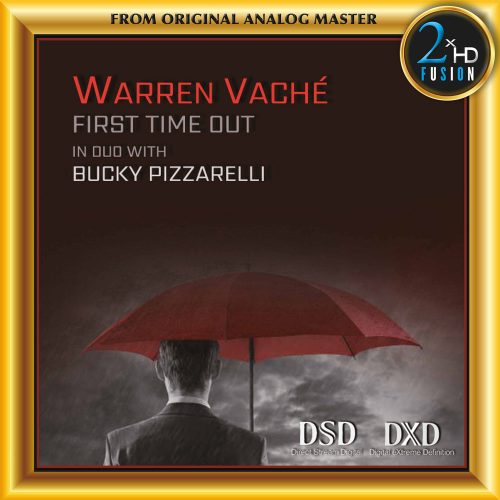 Warren Vaché is a jazz trumpeter who creates music that touches your soul. When Vaché plays, he weaves music that expresses the beauty of sentiments and emotions. His performance leaves you with a soothing feeling. The man is blessed with such an art of playing that the moment you think he finished an interpretation he seamlessly infuses another tune to it, making it sound as it was just meant to be.

In the 1976 recording, Vaché teams up with Bucky Pizzarelli, master of the Jazz guitar, known for his uncommonly sweet and delicate tone and disarmingly straightforward approach to melodic line. Pizzarelli was among the few guitarists to play an instrument with seven strings rather than the customary six, thus covering the bass line. With these two fabulous musicians one does not miss the traditional rhythm section.

As the title of this album suggests, the tracks here – well, at least the first five – are from trumpeter Vaché’s 1976 début recording sessions, accompanied and co-produced by guitarist Bucky Pizzarelli. The remaining four come from a session recorded some 16 years later – but again with Pizzarelli providing the gentle, considered backing.

Restored and remastered by the always reliable 2xHD team from the original analog tapes to the company’s DXD system, and thence on to various DSD formats, as well as the original transfer format in which the release is available.

Featuring standards from composers such as Irving Berlin, Billy Strayhorn, and Rodgers & Hart, this is as undemanding a set of tunes as anyone could want, recorded in wonderfully rich and detailed sound, with a definite lushness about it.

This album features cornetist Warren Vache’s debut as a leader on record. The music is quite impressive for Vache (at 25) is showcased on numbers backed only by guitarist Bucky Pizzarelli. He displays both a lovely tone and a creative imagination within the boundaries of small group swing (even on Clifford Brown’s “Joy Spring”).

The other half of the session is more Dixieland-oriented for Vache is teamed with soprano saxophonist Kenny Davern, both Pizzarelli and Wayne Wright on guitars, bassist Michael Moore and drummer Connie Kay. 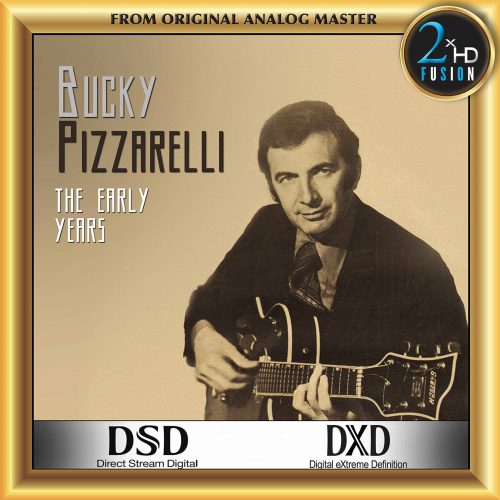