Softly – Remastered in DSD and DXD 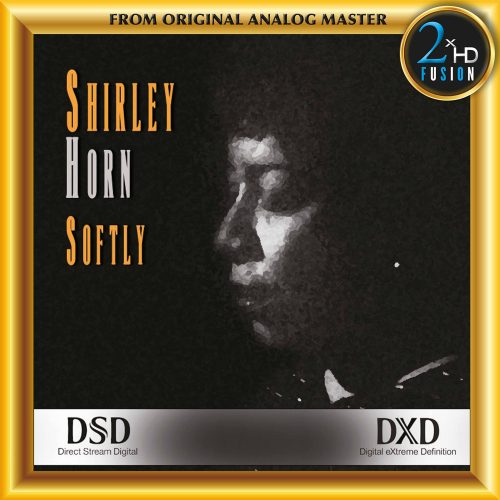 This recording is so remarkable that 2xHD decided to remaster it in the higher DSD and DXD formats. The lady is really amazingly on target with her approach to every tune she had chosen to perform. The reflective mood of this album captures the late-night intimacy of the recording sessions. Although, as Gary Giddens has observed, Shirley can “swing your socks off”, her performances here, protected from the time-is-money anxiety and clinical ambiance of commercial recording studios, and surrounded by devoted friends and inevitably, food, is more introspective and emotionally intense than anything she has recorded to date.

The 2xHD hi-res release of Shirley Horn’s Softly… the sheer beauty of her sound swept this mere mortal away.