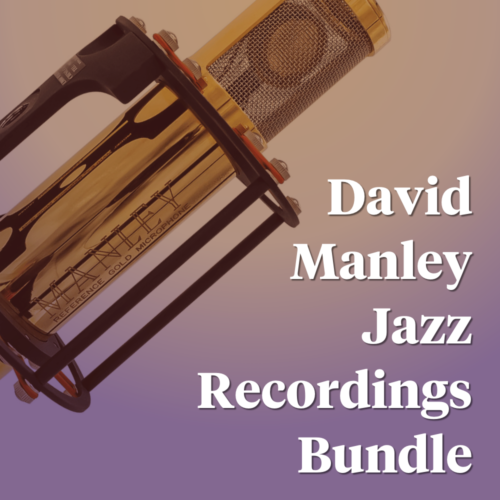 Noted producer, recording engineer and audio equipment designer David Manley released a series of Analog Jazz Recordings that are collector’s items. They were originally released on LP and later as Analog Tape to DSD Transfers on the Fone label. You can now own the best of the best in this fine DSD Jazz Bundle.

This DSD Bundle consists of 4 albums containing David Manley‘s best jazz recordings. As a figure head of his time in high-quality recordings, we are sure that NativeDSD Listeners will enjoy these exceptionally-produced albums.

David Manley was a recording and film engineer  who founded the company Vacuum Tube Logic (VTL) in 1987. Once relocated to California, Manley and his company produced high-powered, high performance tube audio equipment for music reproduction in the home. In 1989 the Manley line of products was started under the VTL banner, as a line of professional products for studio use, initially as a secondary business division of the company. Another of the VTL startup divisions was the record label ViTaL, initially started to show the quality of recording possible using the Manley products for recording and the VTL products for monitor playback.

NativeDSD Bundles are a mini collection of DSD albums created by the NativeDSD team that brings the works of a special artist, music label or musical genre to your personal library. Better yet, when you buy all of the albums in a bundle (in this case 4 albums), NativeDSD gives you a special 30% OFF discounted price on the full bundle. Expanding your musical horizons and collection while saving money at the same time.

Each DSD Bundle is a music opportunity and adventure we urge you to explore.

Percorsi Sonori No. 2 (Sound Paths No. 2): Homage to David Manley Recordings
This album – Percorsi Sonori No. 2 (Sound Paths No. 2) – along with two earlier Jazz samplers at NativeDSD Music from Fone – More Best of the Best and David Manley Recordings – provide an overview of the Manley Jazz recordings. You will also find it at NativeDSD Music along with some of the VTL Jazz recordings by artists including Karen Knowles, Kate McGarry, and Sekou Bunch.

Must Have Jazz Recordings
The heart and soul of any recorded sound must surely be the acoustical properties of the room or hall itself, and the microphones being used within that acoustic. Sound, pure and simple…music, powerful and satisfying.