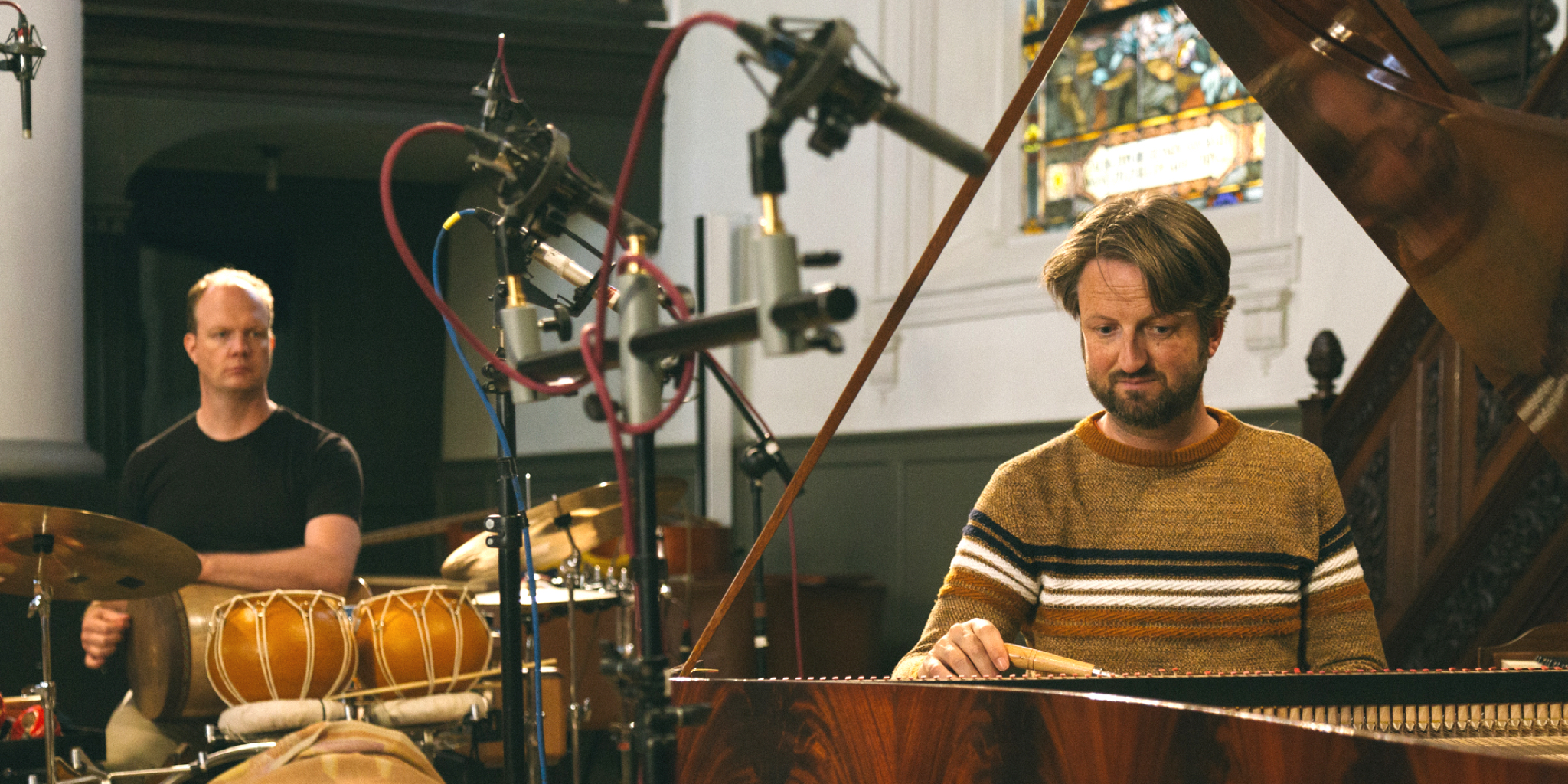 With a lot of excitement the NativeDSD Team releases this new homegrown DSD 256 & Multichannel album: The Contemporary Fortepiano.

It features Rembrandt Frerichs on the Fortepiano and Harmonium with a personal style that is driven by content rather than virtuosity. His music invariably carries an artistic message, which is informed by his world travels. This gives his work an additional dimension. Rembrandt integrates elements of Arabic music into a new concept, seamlessly connecting East and West. He feels equally in his element while playing the percussive 18th century fortepiano, a 19th century harmonium or his modern grand piano. With violone player Tony Overwater and percussionist Vinsent Planjer, they form a unique-sounding trio, whose subtle style is its own trademark.

“The sound of the fortepiano very much suits our modern time”

Frerichs notes: “It is an instrument that connects cultures.” With the new album for Just Listen Records, ‘The Contemporary Fortepiano’, the trio takes the listener on a world tour comprising 15 musical miniatures that each highlight a different aspect of the ensemble.

Recording in DSD256 in Groningen, the Netherlands

The decor of this recording is the Evangelical Lutheran Church in Groningen, The Netherlands. It is well-over three hundred years old. The acoustics of the space fit these instruments perfectly, and that is why we chose it for this recording.

We used Bruel & Kjaer 4006, Schoeps and Neumann microphones and had the musicians sit in a circular setup to provide a wonderful sound in both Stereo and Multichannel DSD 256, with the violone (Tony Overwater) seated behind the main microphone system. The mics were outfitted with Van den Hul Carbon fiber cables, that ran to a custom made Rens Heijnis analog mixing board. The mixed signal then went to the Horus Analog to DSD 256 Converter, made by Merging Technologies. All microphones were also stored separately, in case any balance needed to be adjusted in post (which we did, a tiny bit, on particular parts). Except for those tiny adjustments, you are hearing the music exactly as it was performed and recorded at the church.

I invite you to take a listen to the sound samples and then purchase a copy of this wonderful DSD 256 release at the NativeDSD Music store. It is really something quite special.