The Magdalena Consort was founded in 2008 by Peter Harvey and is acclaimed for its virtuoso chamber performances of sacred vocal music from Monteverdi to Bach. Since its inaugural concert in the prestigious Festival of Santiago de Compostela in Spain, the Magdalena Consort has performed both vocal and instrumental works in major international festivals across Europe. These include a concert of Bach cantatas for the MDR (Mitteldeutscher Rundfunk) Musiksommer festival in the ‘Bach Church’, Arnstadt (where BWV 150 might well have been composed, if not performed), chamber-music with Bach solo cantatas for bass voice in the Istanbul International Music Festival, and ‘The Ages of Man’ (a programme on the theme of births, marriages and deaths – as alluded to in the music of Bach and his predecessors) in the Sopron ‘Early Music Days’ in Hungary. The Magdalena Consort’s concert in the 2011 Cheltenham Music Festival, a programme of Bach cantatas illustrating Bach’s fascination with numbers – entitled ‘To the Power of Three’ – was broadcast live on BBC Radio 3, and sowed the seed of the present recording. Further appearances in the UK have included extremely well-received performances of the Monteverdi Vespers – with ‘madrigalian’, rather than choral forces – at both the Cheltenham and Tetbury Festivals, and concerts of Bach and earlier German sacred music in St Bartholomew-the-Great, London and in the Stour Music festival in Kent.
In addition to using period instruments, the group aims to perform with historically appropriate numbers of players and singers, which encourages the chamber-music approach which is central to its vivid sound. Joshua Rifkin was the first to argue that Bach commonly performed his vocal works with one singer per part, rather than employ a ‘choir’ in the traditional sense, and it is this approach that the Magdalena Consort adopts. It is fair to say that there is still a healthy debate surrounding the question, but, from a performer’s perspective, this approach facilitates communication between the performers so that the counterpoint – the independence of individual musical lines which so strongly characterises Bach’s music – can be enjoyed with the maximum freedom. In addition to the present performers, the group has regularly worked with singers Julia Doyle, Gillian Keith, Robin Blaze and Charles Daniels, and violinists Matthew Truscott and Jean Paterson as orchestral leaders. 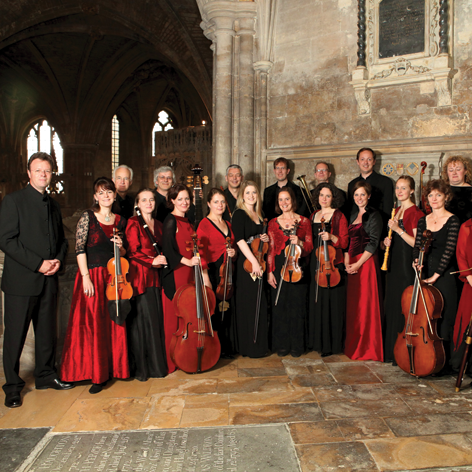 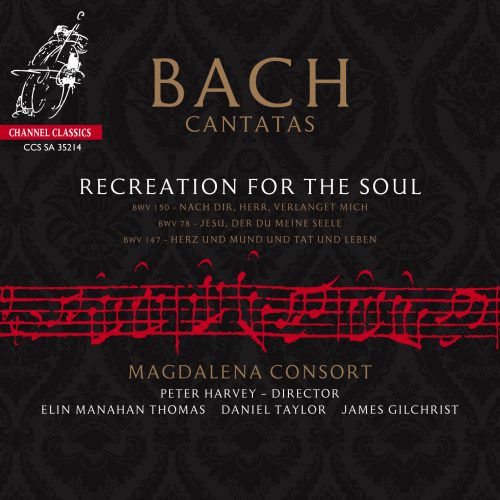 Recreation for the Soul