The first orchestra was assembled at the Orford Arts Centre in the summer of 1970 and was entrusted to the internationally acclaimed Erich Leinsdorf. Thereafter the adventure was renewed each summer, with the Orchestra giving concerts in France, Italy, Austria, Germany, the United States, Great Britain. Israel and Belgium, and led by such distinguished conductors as Karel Ancerl, Jean Martinon, Leonard Bernstein, Witold Rowicki and Zubin Mehta. In 1976 the World Orchestra of Jeunesses Musicales returned to the Orford Arts Centre. The conductor on this occasion was Pierre Hétu. 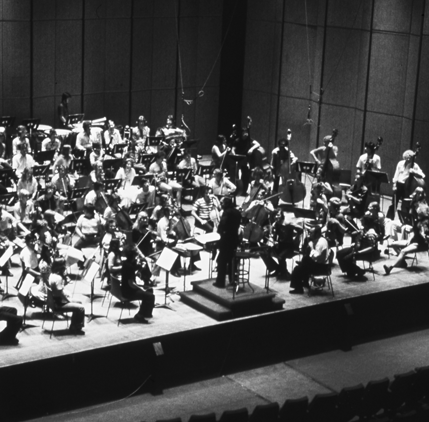