Dutch cellist Quirine Viersen belongs internationally to the leading musical personalities of her generation. With her powerful, intense and virtuoso playing, she has convinced the public, as well as the press and colleague musicians of her special musicality. With her performance in concerto and recital and with her participation at festivals, she has shown a broad insight in classical music literature.

Quirine was a winner of various prizes at national and international competitions, such as the Rostropovich Competition in 1990 in Paris, the International Cello Competition in Helsinki in 1991, and in1994 Quirine Viersen was the first Dutch musician to win a prize at the Tchaikovsky Competition in Moscow. In that same year she also received the Dutch Music Award.

The most important prize awarded to her up to now was the Young Artist Award 2000 which was presented to her by the Credit Suisse Groupe. Attached to this prize Quirine performed a concert with the Vienna Philharmonic orchestra conducted by Zubin Mehta during the Luzerner Festival 2000.

Quirine received her first cello lessons from her father, Yke Viersen, cellist in the Royal Concertgebouw Orchestra. Later at the conservatory she received lessons from Jean Decroos and Dmitri Ferschtman. She closed her studies at the Mozarteum Salzburg in 1997 as a student of Heinrich Schiff.

Quirine is also in great demand as a chamber music performer. She is a regular guest at festivals such as the Delft Chamber Music Festival, Stavanger Festival, the Mondsee Tage and has performed at the famous Luzerner Festwochen, the Salzburger Festspiele and the Risör Festival in Norway.

Besides duopartner pianist Silke Avenhaus, with whom Quirine forms a duo since 1996, Quirine plays regularly with musicains, such as? Antje Weithaas, Benjamin Schmid and Hanna Weinmeister. Quirine was also invited by Leonidas Kavakos to play some sextet programs with him. With Silke Avenhaus she obtained an important place in the international concert life. They have recorded 5 CD’s with works from romantic to contemporary composers. Magazine Fono Forum wrote about them: “ The first part of Brahms’ cello sonata in e minor has seldom been played so beautiful in detail as well as so organic in its entirety”. “Even Chopins’ Polonaise Brilliant seems to make technical poor demands on these two musicians”.

In 2016 Quirine will start her tour with the Cello Suites of Britten. Which she also recorded on Globe. Dutch journalist Peter van der Lindt wrote about this recording in Trouw: “Touching Crafmanship.” In 2013 she has recorded and toured with Bach’s Cello Suites.

photo: from bio page at OperaMusica 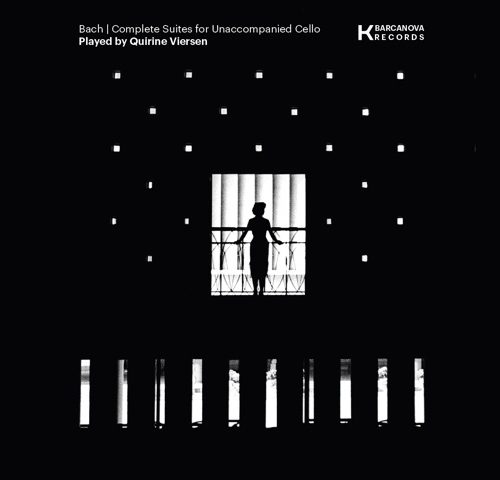