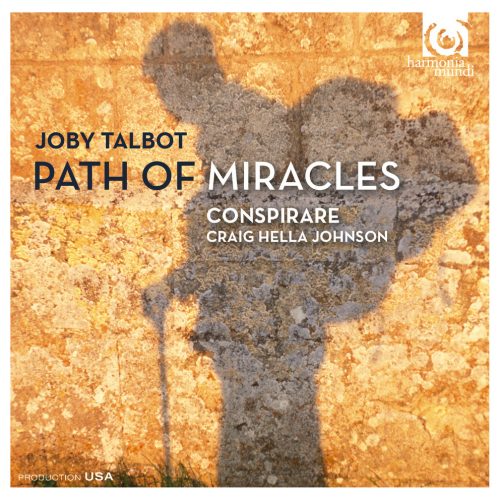 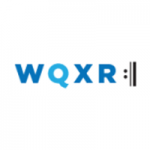 Spain’s Cathedral of Santiago de Compostela is one of the revered “thin places” of the world, a shrine where the border between earth and heaven is felt to disappear. Since the ninth century, pilgrims have followed an ancient route leading from France to the cathedral shrine holding the body of St. James (Santiago) and extending beyond to Finisterre, “the end of the earth” on the western coast of Spain. British composer Joby Talbot’s a cappella Path of Miracles evokes four of the major staging posts on the route as an expression of the individual pilgrim’s experience.
Path of Miracles is written in seventeen separate vocal parts, with occasional crotales (small, pitched cymbals). The score includes optional stage directions for movement of the singers during the piece. Nigel Short’s ensemble Tenebrae commissioned and recorded it in 2005. The four locations depicted, which Talbot visited in preparation for the composition, are the convergence of the roads leading from France at Roncesvalles, the cathedral cities of Burgos and León, and Santiago de Compostela itself.
The text by Robert Dickinson (b. 1962) includes quotations from the Bible and from medieval sources. It emphasizes both the physical and spiritual progress of the pilgrim, referring to the multitude of stories of saints, miracles, and traditions associated with the route. It evokes shrines to pilgrim-martyrs, ancient hospices, the pilgrim’s passport, and the symbolic burning of a piece of clothing at Finisterre to symbolize renunciation of the pilgrim’s old li

Imagine a site, a portal, where the boundary of another dimension is nothing more than a gauzy curtain or a thin door. This spiritually and physically-demanding quest is the source of British composer Joby Talbot’s rousing Path of Miracles, exquisitely realized here by the chorus Conspirare and conductor Craig Hella Johnson. With its preponderance of open intervals and sustained pedals, Path of Miracles demands sterling intonation and lithe tone, and Johnson and Conspirare effectively navigate both with poise. This is a journey we plan to lace up for, again and again.